The following four excerpts are from "The Tesla Revolution: Why Big Oil is Losing the Energy War" (2017) by Rembrandt Koppelaar and Willem Middelkoop (Amsterdam University press, distributed in North America by University of Chicago Press).

We have no business relation with Tesla, but we decided to use their name for the title of our book because the global energy transformation is best embodied by Tesla, which itself has gone from being a small electric car company in 2007 to an integrated renewable electricity and mobility business just 10 years later. In our first book on energy, in 2008, we described Tesla as a niche player when it had just launched its first car, the Roadster sports vehicle. 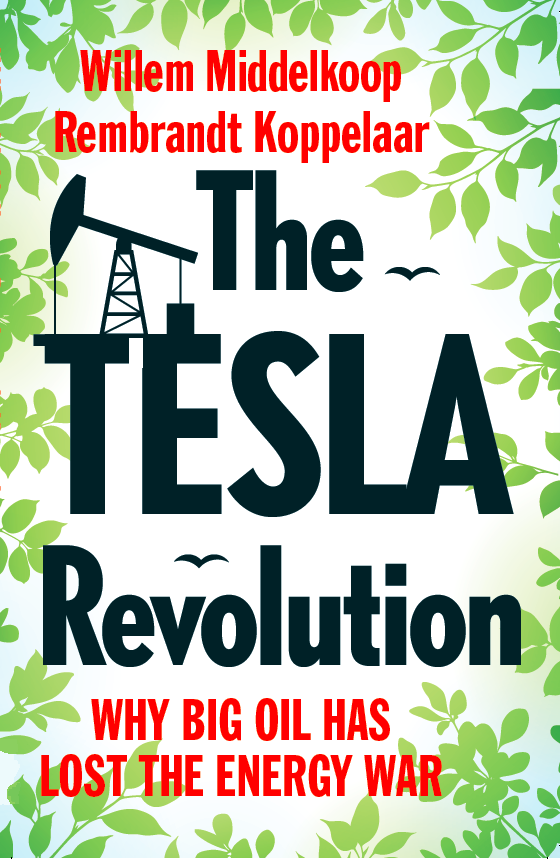 Tesla’s corporate mission to accelerate the world’s transition to renewable energy is at the heart of this energy revolution. In the words of Elon Musk, "Since we have to get to a renewable future, it is better to get there as soon as we can."

Tesla can be seen as one of the very few companies today who is at the core of this revolution, just like the bright young engineer Nikola Tesla seemed to be in his time, a good 120 years ago. But let’s first point out what the different stages of this revolution are all about:

Will electric cars really take over before 2030?

The world is awash with cars, with over 1.2 billion on the world’s roads. In 2015, no fewer than 69 million cars were sold, versus 45 million just 10 years earlier, as car sales ramped up in China from 4 million to 21 million in 10 years' time. In contrast, sales in the world’s rich OECD countries remained stable at around 30 million per year, with even the United States steady at 7.7 million except for a temporary drop due to the 2008-2009 financial crisis.

Almost two decades have passed since Toyota launched the world’s first mass-produced hybrid vehicle, the Prius, in 1997. By 2015, the hybrid vehicle market had grown to 2 million units. When looking at electric vehicles, sales still look pale in comparison with gasoline and diesel powered cars. In 2015, the total number sold was 550,000, including all-electric and plug-in hybrids, which brought the on-the-road total to over 1 million for the first time in history. According to a report by Goldman Sachs in 2016, the EV market could grow to over 2 million cars in 2020 and 4 million in 2025. Hybrid sales could rise to almost 14 million units. By 2030, those numbers could reach 10 million (EV) and perhaps 20 million (hybrid), by the combined forces of car companies and a boost from government incentives.

While innovation in battery technologies is proceeding at a rapid pace worldwide, battery development is booming in Asia in particular. Asian battery makers have around 50 GWh of production capacity, equivalent to 50 percent or more of global output (consumer electronics/automotive battery capacity combined), and have monopolistic shares of 50-80 percent of core component materials such as cathode materials and separators. Asian producers have also taken the lead in the development of next-generation batteries. Japan accounted for 53 percent of patent applications filed in 2002–2011, followed by the U.S. at 13 percent, Europe at 12 percent, Korea at 10 percent and China at 8 percent.

Almost two decades have passed since Toyota launched the world’s first mass-produced hybrid vehicle, the Prius, in 1997. By 2015, the hybrid vehicle market had grown to 2 million units.

Germany’s transport minister, Alexander Dobrindt, recently rolled out a plan to bring 6 million EVs, or 10 percent of all German cars, onto the road by 2030. The plan was kick-started by a $4,500 subsidy plus motor vehicle tax exemption for up to 400,000 new cars sold in the next few years, combined with a rollout of 15,000 charging stations. The country is actually one of the latest, as China, the United States, France, Japan and many others already provide EV tax credits or exemptions, typically in the range of $5,000 to $10,000, and have subsidized charging points. China alone has provided subsidies so far of $5.6 billion, with $10 billion more expected in the next few years. This massive financial stimulus is part of an ambitious target of no fewer than 5 million electric vehicles on the road by 2020. Politicians in Norway and India are even bolder as they are working on policies to get 100 percent of cars sold by 2030 to be all-electric.

So now we can see multi-government efforts to rapidly scale up electric vehicles. They are united via the 15-country global Electric Vehicles Initiative (EVI), which covers 90 percent of all car markets. Jointly, their ambitious aim is to sell 6 million EVs per year by 2020 with 20 million on the road. For that target to happen, all current plans for scale-up from all electric car providers have to be achieved. Even reaching half that target will lead to a new phase of this revolution, where global annual growth in additional passenger vehicles sold of 3 million is fully met by electric cars.

Likely that tipping point will be reached by 2022, as electric cars without any subsidies or tax credits will then cost the same as equivalent internal combustion cars, according to Bloomberg New Energy Finance. Electric cars then win out financially on cost savings. The key to this will be the launch of models that boast both range and low cost, as mass-market all-electric cars need at least a 200-mile range and a price far below $50,000. Today, the soon-to-be-sold GM Chevrolet Bolt and Tesla Model 3 have a 200-plus mile capability at a $30,000 to $35,000 starting sales price.

Is cheap solar energy the other driver of this revolution?

The biggest game-changer in this energy revolution is the fast-declining cost of solar power. Germany is a central part of this energy revolution as the second-biggest solar nation in the world. The cost of a 4 kW solar panel system, sufficient for a family household in Western Europe, has dropped from over $22,000 in 2009 to $7,500 by early 2016. This makes a private solar energy system cost-efficient for most households in Germany.

Even without subsidies, they pay a lower price for their electricity, a turning point that has been called grid parity. The total cost of a solar panel system is about $0.10 per kWh over its lifetime, versus $0.13 for grid connection and generation costs. When we include high taxes and levies, the comparison becomes even more favorable, as a German household normally pays $0.29 in total for grid-based electricity in 2016. At that price, even batteries to store the energy become attractive, such as the popular Sonnen Eco 4 system, which when purchased together with solar panels provides a solar and battery electricity cost of $0.25 per kWh.

We can see multi-government efforts to rapidly scale up electric vehicles. Their aim is to sell 6 million EVs per year by 2020 with 20 million on the road.

The cost reductions are even starker for industrial-sized solar parks. Record low costs for utility solar projects in the United Arab Emirates (UAE) have surprised even the strongest skeptics in the world. In November 2014, a 100 MW project was granted to the Saudi Arabian firm ACWA Power at a price of $0.06 per kWh, far cheaper than the natural gas generation price at $0.09 in the UAE. The record itself was shattered in 2016 when a price of $0.03 per kWh was contracted for the world’s largest 800 MW solar plant.

This is much cheaper than the first UAE coal power station with a price tag of $0.05 per kWh. Other sunny countries are following close behind, such as the United States. Industrial solar projects installed mostly in the sunny Southwest and East of the country costing about $0.11 per kWh in 2013 have dropped to $0.04 in recent tenders. And in India in 2015 a contract was awarded to the Finnish utility company Fortum at a cost of $0.06. So solar parks worldwide are producing energy at much lower prices than fossil-fuel-fed installations.

The large reduction in cost comes from multiple factors. A solar system consists of solar panels, a mounting mechanism, an inverter for DC to AC conversion, cables — and for industrial projects, transmission lines — plus significant "soft costs" including installation, company overhead, contracting and so forth. The pure costs of a 1 kW panel alone dropped from $2,055 in 2010 to $687 in 2016. The largest factor has been a massive material cost reduction by reducing the thickness of solar wafers while the amount of light captured has increased substantially.

The amount of silicon required per solar wafer has dropped from about 16 grams in 2005 to about 10 grams in 2015. The global average efficiency of solar panels grew from around 13 percent in 2009 to 17 percent in 2016, with some reaching 20 percent. The polysilicon, the raw material that comes from quartz sand used to build solar cells that capture light and transform it into electricity, between 2010 and 2016. The expectation is that the cost can be reduced by at least 30 percent in the next 10 years.

What needs to be done to accelerate the Tesla Revolution?

Imagine a world in 2050 where clean energy dominates the energy mix. How do current trends need to accelerate to reach this third phase in the Tesla Revolution? What scaling is needed in project investment, jobs and research spending in clean energy in the shift from fossil fuels to clean energy sources?

In order for electric vehicles to form the majority of all cars on the road by 2050, sales need to grow from today’s 0.6 million to about 15 million by 2030, close to 50 million by 2040 and 100 million by 2050, also assuming growth to 2 billion cars. At this pace, about two out of three cars sold by 2050 will be electric. Since the manufacturing capacity is already there in the car industry, existing factories would need to be retooled from combustion to battery-based cars.

The biggest challenges are the large expansion in battery production and the need to provide input minerals lithium and cobalt. At this rate of expansion, three times more lithium needs to be mined by 2030 than today, and 25 times more by 2050. Cobalt production would need to double by 2030, and grow sixfold by 2050. Large investments in lithium mining, as well as battery recycling, are needed, as otherwise we will run out of known lithium in the ground at the end of this century. Currently known cobalt reserves would run out within a few decades at this pace of growth, with limited respite from the wider resource base. Substituting cobalt in batteries is thus essential for the long-term success of electric cars unless a virtuous battery recycling chain with low losses can be established.

If we want to get to a world with a 50 percent or more share of clean energy in the electricity mix globally before 2030, and 75 percent by 2050, we need 10 and 20 times the installed number of solar panels and five and 10 times the installed wind power capacity existing today. Even if we assume the majority of coal and oil generation is phased out, electricity production would still double in this conservative scenario, while natural gas stays at its current share in electricity generation. The jump needed to make this happen is actually quite low. Current global manufacturing capacity for solar panels would need to quadruple in the next 15 years, windmill production triple and both would have to stay at those levels until 2050. 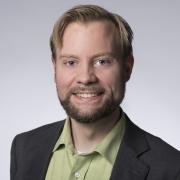 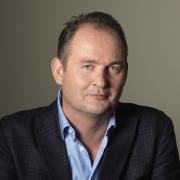 See all by Rembrandt Koppelaar