3 ways to help your board get wiser about sustainability

As climate risks loom larger in the corporate world — threatening the long-term viability of certain supply chains and product lines, not to mention reputation — how can corporate boards of directors gauge and respond to them more thoughtfully and effectively?

In a situation more directly tied to climate change risk, Exxon Mobil added an atmospheric scientist to its board in January after shareholders pursued a resolution to appoint more board directors knowledgeable about climate issues.

Meanwhile, BlackRock Inc., the world’s largest asset manager overseeing $5.1 trillion, told portfolio companies in the energy and real estate sectors that it expects a company's "board to have demonstrable fluency in how climate risk affects the business" if the organization wants BlackRock’s continued investment.

In recent months, we’ve seen a surge of investor attention to the role of corporate boards in driving sustainability.

"In recent months, we’ve seen a surge of investor attention to the role of corporate boards in driving sustainability," said Veena Ramani, program director of capital markets systems at Ceres, the investor network for sustainability.

Boards have a legal fiduciary duty to shareholders to manage risk in the operations of the corporation they oversee. To manage that risk, they must understand it. So having a board competent enough to understand the various opportunities and risks associated with climate change is key.

How does a company groom or recruit a board who understands geological and environmental sciences, is aware of consumer and employee concerns and can be astute about the direction of market forces? These were among the questions addressed at Ceres Conference 2017 last week, and the session drew a standing-room-only audience.

Questions about how global temperature increases, rising sea levels and changing plant tolerances will affect a company's operations, as well as how well prepared a company is when it comes to responding to regulatory or customer pressures for carbon reductions, are top of mind, according to experts speaking at the conference. 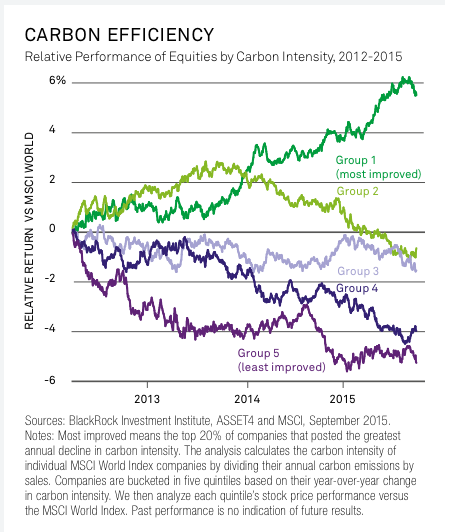 "Ten years ago, I was asked are we breaching our fiduciary duties if we ask those questions," said Suz Mac Cormac, a partner at Morrison & Foerster who teaches at the Directors’ College at Stanford Law School, where boards of publicly traded companies go for executive education.

Lately, the question has flipped: "Are you breaching fiduciary duties if you don’t address those issues?" is now the concern of the day, she noted.

With that in mind, here are some strategies that experts suggest embracing to help boards of directors more prepared to gauge climate risks and opportunities.

1. Appoint a climate scientist or someone with similar expertise

Such a director could educate other board members about risks to operations, about the possibilities of facilities being flooded as seas rise, and about the costs of responding — or not responding — to consumer and regulatory pressures to reduce greenhouse gas (GHG) emissions.

But if that director is not vocal or charismatic enough to persuade other alpha personalities, one appointee might not move the needle, experts note.

"I think there is danger in having only one climate specialist on the board as the answer," said Mac Cormac. “It is like having one African-American woman on the board and everything about gender or diversity gets shunted to her, as if she will take care of it all."

Because the effectiveness of a board comes down to making wise decisions, Ramani said, "For the right decision-making, you need more than one person on the board who knows the issues."

Another reason why relying on appointing (or electing) just one climate scientist to a board is not the answer is the slow pace of board turnover throughout corporate America.

We cannot follow that playbook – we don’t have time.

"Year to year, there is a 1 percent increase of women on S&P boards," because openings on boards are so seldom, said Tanuja Denhe, director of Silver Bay Realty Trust Corp, senior advisor to B-Team and former executive vice president at NRG Energy.  Although about one-third of newly elected corporate directors in the United States these days are women, the percentage of women barely has nudged because board turnover is so slow.

"We cannot follow that playbook — we don’t have time" on climate because of the urgency of climate change and the limited time available to stave off its worst impact, Denhe said.

2. Assign responsibility to the strategy committee

The most common language inside companies concerning climate change is about climate risk, so it would seem logical to assign climate risk responsibility to the audit committee. But that approach could backfire.

"Risk is all about disclosure," noted Dehne, so if sustainability issues are assigned just to the audit committee and judged only in terms of disclosure, not much will happen to address these issues from a strategic point of view. "Risk lawyers are defensive; they are trying to see what they do not have to disclose," she said.

Strategic planning committees, on the other hand, are more likely to consider climate and sustainability implications throughout a company's operations.

"If the board sets the tone at the top and empowers executives to implement these things in strategy, then things cascade down and you’re incentivizing the right behavior," Denhe said.

In other words, a strategy to meet the Paris Agreement commitment to limit emissions so they do not contribute to more than a 2 degree Celcius increase in temperature over time — what’s become labeled and popularized as 2 degree analysis — could "cascade" down throughout an operation and allow a company to seize opportunity as well as avoid risk.

Other board committees then likely would be drawn into strategy. Talent acquisition committees, for instance, might use a board-level commitment about limiting emissions to position the company to innovate on low-carbon technologies. A compensation committee that judges executives based on their execution of a business strategy and share price might tie some portion of compensation to sustainability goals. 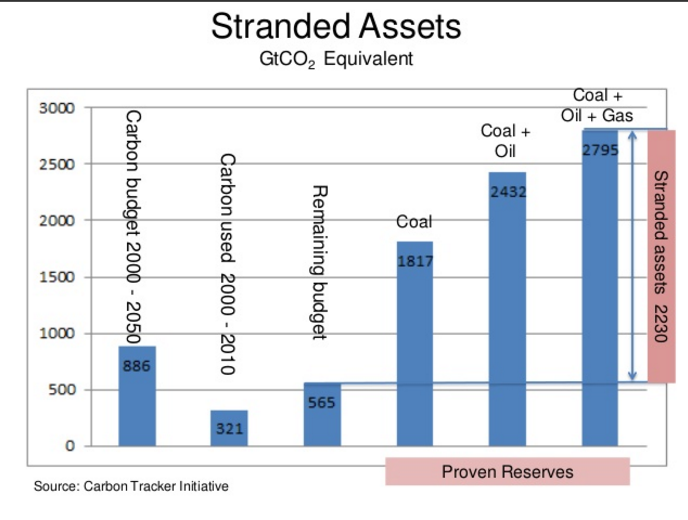 3. Teach the whole board

Many large asset managers are pushing for board education on climate risk, an issue covered in a report published by State Street Advisors, "Climate Change Risk Oversight Framework for Directors (PDF)."

Directors’ College instructor Mac Cormac suggests that boards should be educated on the financial implications of sustainability risks inherent in climate change, or "financial modeling of climate risk because we need some mechanism now to show what we are facing."

She recommends modeling done by former Goldman Sachs partner Bob Litterman, who oversaw the Quantitative Investment Strategies Group at Goldman and developed a framework to price emissions and risks to investments based on the natural cost of carbon and the specific cost of carbon within and emitted from a company.

Litterman performs detailed analyses of risk in terms that finance experts are used to. His conclusion, however, is that climate risk pricing mechanisms should be applied immediately, particularly pricing of emissions, as he explained in this article published by the Niskanen Center.

Educating an entire board in the particulars of 2-degree analysis can have substantial benefits, some said.

"Companies that are taking the boldest actions are those who engage their boards in developing a thorough 2-degree analysis," said Ramani. "What we are seeing is that translating these issues to something the audit committee can understand or getting it to the financial modeling they are used to seeing, can shift how things are done."

Another set of modeling tools worth consideration is a framework developed by the Financial Stability Board Task force on Climate-related Financial Disclosures.

So which corporations have boards with sustainability wisdom?

Many companies whose names are already associated with sustainable business innovation and the adoption of renewable energy and energy efficiency measures just so happen to have figured out how to build sustainability competent boards, according to experts attending the Ceres conference.

Unilever’s board also has sustainability responsibility. And the giant consumer products company is widely regarded as one of the most sustainably minded Fortune 500 corporations — not only has it reduced emissions, waste and water use, it also has seized opportunities to innovate and develop products in response to climate change.

Look at Unilever. It really integrated sustainability into operations and added value to the company.

Apple, quickly achieving its goal of running on 100 percent renewable energy, also has a sustainability-wise and knowledgeable board and, according to Ramani, sustainability is a regular topic of discussion between the directors and the technology giant's executive management team.

Nike, known for its circular economy practices and reduced waste and emissions, likewise has made its sustainability goals a board responsibility and it maintains a sustainability committee. Division executives across the apparel maker regularly must report to Nike’s board about how they are achieving their sustainability goals.

Canadian insurer Co-operators Insurance and Financial Services also provides regular and ongoing training to its board on sustainability and environment issues.

What should investors do to advocate for a board capable of assessing sustainability and climate risk thoughtfully?

Garland noted that as investors cannot gaze into the weeds of company operations, to engage with those accountable for oversight and strategy — the board’s responsibility — is the best and appropriate path.

Investors hold sway over board members by electing them and re-electing them — even if that has been a pro forma activity to date with investors generally following management’s suggestions. They don’t have to do that.

"It’s all about the board. Give investors metrics of what we need to assess the board and metrics to evaluate the company’s performance," Garland said. Investors can take it from there.

How to build a board that's competent for sustainability

Blackrock, Unilever, PVH on sustainability from investors to boards of directors