Three ways $2 trillion for infrastructure can fight inequality too

Imagine you have $2 trillion to spend on patching up America’s crumbling roads, levees and other infrastructure. What would you fix first?

Choosing what gets funded — and what doesn’t  — may be a question U.S. lawmakers will have to answer now that President Donald Trump, Speaker Nancy Pelosi and Senate Minority Leader Chuck Schumer have agreed to a very tentative $2 trillion infrastructure plan.

While it’s still unclear where the money will come from, or how much they’ll ultimately pony up, the more important question for me is where that money should go — and whom it should help. I believe three areas stand out: water; roads; and rail.

A sudden infusion of infrastructure spending could benefit all Americans (PDF), creating good jobs and higher incomes for many.

Decrepit infrastructure costs each U.S. household an average of $3,400 every year due to productivity losses, higher transportation costs and other problems, according to the ASCE. That amounts to about $4 trillion in total over a decade, plus 2.5 million in lost jobs. It also can result in lost lives or severe health risks, such as when a bridge collapses or lead from an old pipe enters the water supply.

That’s likely why the public overwhelmingly supports more spending on infrastructure — and why the deal between Trump and the Democrats finally came together.

But it’s unclear whether Congress ultimately will agree to spend the promised $2 trillion — or even whether that’ll be enough. So it’s important to establish spending priorities.

Spending in areas that will help struggling working and middle-class families (PDF) hurt by ever-rising economic inequality would be a good place to start. As research by myself and others has shown, inequality makes almost every aspect of human life worse, from infant mortality and crime to politics.

That’s why a top priority should be addressing the lack of potable water in many parts of the country.

Water is necessary for basic human survival. And unsafe water puts people’s health and even their lives at risk. This has long-term consequences, especially for children. Furthermore, it reduces earnings and increases health care costs, which are ultimately paid for by everyone through lower tax collections and higher insurance premiums.

The ASCE report gave America’s drinking water a D grade due to all the waste and risks from the nation’s ancient, leaky and corroding piping system. And it’s a problem that primarily afflicts poor communities, such as Flint, Michigan.

Affluent communities usually have the political power to ensure safe drinking water and the money to pay slightly higher taxes for clean water if necessary. Low-income neighborhoods are usually neighborhoods with little political clout and will suffer most from water problems.

Low-income areas are also less able to cope with undrinkable water and afford the costs of replacing tap water with bottled water. And people living in poor neighborhoods lack the ability to move, especially if they own homes that declined sharply in value because of water problem, as happened in Flint.

2. Potholes and the poor

Roads, which also got a D grade from the ASCE, are increasingly falling into disrepair and becoming more dangerous for drivers. Again, the costs of the growing number of cracks and potholes fall most heavily on the poor — but they are also a burden for the middle class.

Bad roads mean an increased risk of car damage and more trips to the mechanic for expenses that easily can run into the thousands of dollars. Yet a recent Federal Reserve study (PDF) found that 40 percent of Americans did not have even $400 to deal with an emergency expense.

An essential and unanticipated car repair could drain a savings account or be beyond someone’s ability to pay. A high-interest loan from a payday lender could result in rates of well over 100 percent to consumers desperate for cash.

Or worst case, if repairs can’t be paid for immediately, it might mean losing a job or dealing with lost income as a result of being absent from work. Poorer Americans typically have fewer vacation or personal days to use in such circumstances.

Railroads, which got the grade of D-minus, also could help reduce inequality that results from economic disparities among cities.

Many smaller cities have seen falling populations and declining incomes ever since the Great Recession, while larger metropolitan areas have thrived.

Although the causes of this growing divide are still unclear, improved rail service provides one potential solution.

For example, high-speed rail at affordable prices would make it easier (PDF) for people living in medium-sized metropolitan areas such as Akron and Canton, Ohio, to take jobs in larger cities such as Cleveland that are not easily commutable at present. This would raise incomes for people living in these smaller cities and also increase the prices of their homes, where middle-class families store most of their wealth.

There are lots of ways to spend $2 trillion on infrastructure. Doing it in ways that help poorer and middle-income communities would put tax dollars where they are needed most. 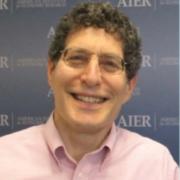 See all by Steven Pressman