Heading into 2015, it was pretty clear that one daunting aspect of sustainable business was poised to rocket to the top of the agenda for companies across industries: the supply chain.

Chock full of risks related to everything from commodity crops to water or conflict minerals, it's no surprise that executives outside of traditional corporate social responsibility (CSR) departments are looking down chain to sure up cost structures or tackle controversial environmental and labor practices.

This month's edition of Names in the News — the GreenBiz round up of hires, promotions and other major news about the people working day in and day out on sustainability — takes us to luxury jewelry, the tech sector and several industries in between, many of which trace back to renewed focus on supply chains.

Have a tip for our next installment on a big move for a colleague or your own career? Shoot us an e-mail at [email protected].

Beneath its shiny exterior, the jewelry business is connected to an array of sustainability issues, not the lease of which involve the potential environmental and social tolls of mining.

Against this backdrop, one of the most famous companies in the industry, Tiffany & Co., this month formally announced the appointment of its first chief sustainability officer. 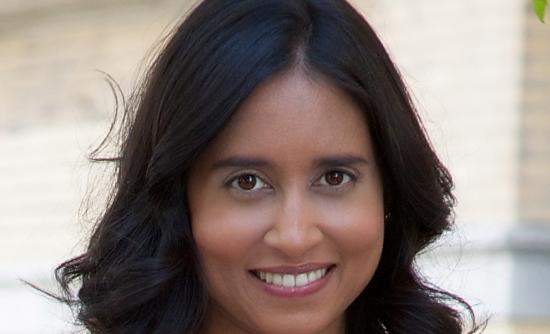 Anisa Kamadoli Costa, who previously served as vice president, global sustainability and corporate responsibility at Tiffany & Co., has been appointed to the new role, in addition to retaining her position as chairman and president of The Tiffany & Co. Foundation.

Kamadoli Costa's focus over the last 12 years with Tiffany has centered on building collaboration and a stakeholder-driven sustainability strategy by, "engaging with civil society, mining companies, the luxury industry and local communities to shape best practices," according to a company statement. She also oversees reporting efforts.

“Anisa is an important voice for Tiffany on issues relating to corporate social responsibility and philanthropy," Tiffany & Co. CEO said Frederic Cumenal in the statement. "Appointing her to this new position underscores the strategic importance of the CSR program to the Tiffany brand.”

Cumenal added that the move is intended to position Tiffany as, "not only one of the world’s most important luxury houses but also a leader in sustainable luxury." 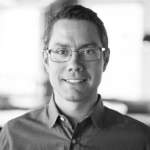 When it comes to growing renewable energy, capital is crucial. After several stints as an executive at clean energy companies, Andrew Beebe is making the jump into the realm of finance for a new role as managing director of San Francisco's Obvious Ventures.

Beebe brings new energy expertise to the mix. Current portfolio companies for Obvious Ventures — which was launched by Twitter Co-Founder Ev Williams with $77 million raised for an initial fund — span the gamut from upstarts in transportation and design to plant protein and vegan cheese. 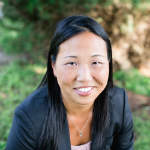 Timber is another industry with deep roots in the supply chain of many industries,making Laura Clise's new role as director of sustainability at Plum Creek Timber Company a dynamic one. 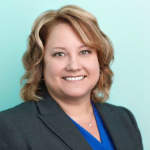 Who better than to evaluate the sustainability openings in the high tech supply chain than someone who has seen the process from inside of one of the industry's biggest companies?

Kathleen Shaver, director of sustainability, risk, compliance and security at Cisco Systems, was also named chair of the board for the supply chain-focused Electronic Industry Citizenship Coalition (EICC) in early 2015. In her role with the organization, Shaver will help oversee efforts to improve conditions for workers while also increasing efficiency in corporate operations. 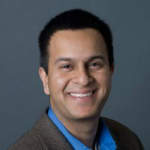 It's promotion season, and French design software company Dassault Systèmes has opted to show some love to sustainability. Asheen Phansey, who has served in multiple CSR roles at the company's Massachusetts outposts, was this month named senior manager of Dassault's Sustainable Innovation Lab.

Phansey's new role will focus on leveraging the company's 3-D modeling technology for social and collaborative applications. He also continues to teach classes on sustainable entrepreneurship at nearby Babson College.

Nigel Nugent (pictured left) is also a veteran of of both Oracle and CH2M Hill. He will work from Thinkstep's Boston office and report directly to CEO Cristoph Wilfert as the company's new senior vice president of worldwide sales.

Thinkstep has also appointed a new vice president of North American sales and global sector director for energy, chemicals and oil and gas. Graeme Dykes, a native of South Africa who first moved to the U.S. to play professional squash, will be based in North Carolina.

- The Sustainability Accounting Standards Board (SASB) has scored a new Chief of Market Strategy with Jon Anda, who joins the nonprofit after 20 years at Morgan Stanley. Anda's work spanned global capital markets, corporate finance and investment banking before beginning to focus on environmental markets in 2007.

- After nine years at the helm of Calvert Investments' environmental, social and governance analysis, shareholder advocacy and public policy initiatives, Bennett Freeman is moving on to consulting at the end of April. He plans to continue working at the intersection of multinational corporations, responsible investors, NGOs, governments and international institutions to promote corporate responsibility and sustainability.