For today's companies, nature is a top recruiter

Facebook’s new expanded campus in Menlo Park, California, features the green roof to end all green roofs. It includes a half-mile walking loop, over 400 trees, and is the length of seven football fields.

Google’s new California home, meanwhile, aims to “blur the distinction between our buildings and nature” with trees, landscaping, cafes, and bike paths weaving through the main structures, said its VP of real estate, David Radcliffe.

And the trend is growing beyond today’s ultra-competitive iconic companies. More companies are bringing nature to cities and to office campuses. And they are also increasingly moving to places surrounded by nature.

Companies, according to economist Ray Rasker, are seeking to attract employees who place a premium on locating in places with amenities.

"The bulk of the economic value of public lands lies in its ability to attract people — and their businesses — who want to live near protected lands for quality of life reasons," he wrote in the 2009 report Economic Benefits of the Land and Water Conservation Fund (PDF).

Debates about public lands — and federal investment in lands — often miss this fundamental nexus between beautiful places, quality of life and economic opportunity. Lazy discourse often pegs public lands as a drag on local economies. In reality, they are a boon, luring new companies, top talent and local investment.

Upcoming congressional decisions about renewing the Land and Water Conservation Fund (LWCF) — and its support for creating federal and local parks as well as conservation easements to help landowners keep forests and ranches intact — are thus fundamentally about sustaining economic opportunity and quality of life.

Increasingly, the United States is a knowledge-based economy, and that is giving companies more freedom to roam. And where they are roaming is toward places with public lands for employees to enjoy.

Both CNBC and Forbes, in recent studies looking at the “best states for business,” note that opportunities for parks and recreation figure prominently as factors in quality-of-life indices. Indeed, these opportunities for outdoor recreation (and even visual amenities of open spaces and places), weigh equally in importance with proximity to strong universities and access to health care.

Access to public lands and outdoor recreation helped propel the economies of many cities in the West — think Bozeman, Montana; Jackson, Wyoming; or Santa Fe, New Mexico. A 2012 study by the Headwaters Economic Group (PDF) showed the western economies outperforming the rest of the U.S. in key measures of growth — employment, population and personal income — during the last four decades.

Kent Thiry, CEO of DaVita, a large health care company, talks about nature and recreation as a recruitment tool in the 2012 Headwaters report: “We recently moved to Denver, Colorado, and access to a high-quality outdoors experience was an important part of our decision.

“When we fly people to Denver for an interview, the fact that we can so easily get them up in mountains, take them out on trails and rivers and show them beautiful outdoor vistas makes it so much easier for us to get them interested in moving here compared to someplace without access to the outdoors.”

And Western non-metropolitan counties with over 30 percent of the county’s land base in federally protected status — national parks, monuments, wilderness, wildlife refuges and national forests — saw jobs increase by 345 percent over the past four decades. Similar counties with no protected federal public lands experienced employment increases of 83 percent.

As Congress debates the future of federal lands, it is a mistake to think of these lands as distinct from cities, communities and their economies. These lands are intrinsic to the quality of life of communities and the increasing number of businesses seeking out these places to attract and retain employees. 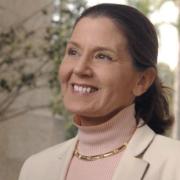 See all by Lynn Scarlett

Looking for a job in sustainability?

Visit the GreenBiz Sustainability Jobs site to find your next opportunity or to source the best talent in the exploding field of sustainability and climate tech.