I was excited to partner with GreenBiz on its 2016 State of the Profession Report. This year’s report finds salaries are up, budgets are up and headcount is up. All encouraging and good news.

Many years ago, I had made some weak attempts at a salary survey. GreenBiz’s data and report always has been so strong, that I have been referring jobseekers and sustainability professionals to this data for years. The partnership made good sense.

Sustainability team headcounts and budgets are growing at nearly half of the survey respondents’ organizations.

Included in the report was a review of Talent Show (this column) after contributing to GreenBiz for the past six years. I’ve observed CSOs evolve from elusive to increasingly mainstream, competencies evolve to include more volatility and ambiguity. I’ve also covered a good deal on the lifecycle of an employee from recruitment to retirement.

State of the Team: Growing, but more diversity needed

Sustainability team headcounts and budgets are growing at nearly half of the survey respondents’ organizations. Headcount increased in 46 percent of respondents’ organizations while 41 percent stayed the same. Budgets increased in 40 percent while 42 percent stayed the same. More resources are getting embedded into functions ranging from supply chain to product innovation, two areas where sustainability budgets showed an increase.

Leadership is becoming (ever so slightly) more diverse. Research my firm conducted in 2014 found female CSOs grew 29 percent to 42 percent from 2011-2014. CSOs are also starting their position with less tenure than in previous years, suggesting they might be younger and less immersed in historical company culture. 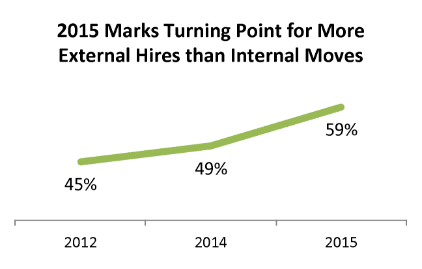 To me, the most interesting finding in this year’s report was the shift to more external hires.

In 2012 under half (45 percent) of sustainability executives were hired externally. The 2016 report survey found the opposite balance: The majority (59 percent) is now external hires.

However of those hired externally, the majority (55 percent) are junior staff at the staff and manager level. Only 11 percent of  VPs were external hires.

CSOs are starting their position with less tenure than in previous years, suggesting they might be younger and less immersed in historical company culture.

Heads of sustainability tell me it’s challenging to move to another company. If you are a VP or above, those "heads of" sustainability roles, filled externally, are hard to find. 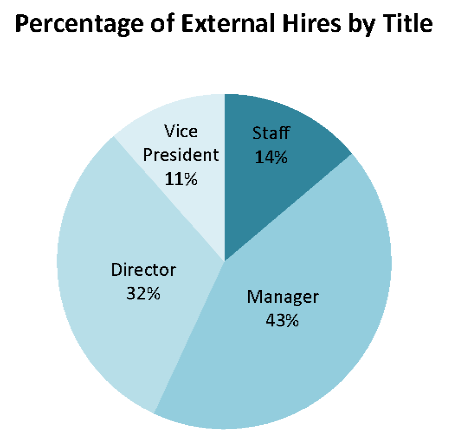 It’s interesting to consider how the source of a new employee affects experience and effectiveness.

Which do hiring managers prefer?

Anecdotally, I’m hearing them say they value the expertise, established networks and unique sustainability skills of external candidates over internal hires. However, I might be biased because the hiring managers talking to a recruiter are having that de facto exploration on bringing in outside talent.

Salary: Move for the money, growth at the top

One interesting finding is that longevity negatively affects salary. The survey finds sustainability leaders with longer tenures actually make less money. Directors with three or less years at their company make $165,000, compared with $147,000 for four to six years and $146,000 for seven to 10 years. Only those with over 25 years at a company bucked this trend.

Is the corporate sustainability profession poised to flourish? The data suggests yes.

What the great resignation means for sustainability professionals

How ESG is changing talent needs

ESG is rewriting the job description for CSOs

See all by Ellen Weinreb