The toll of tourism: Can Southeast Asia save its prized natural areas?

This article was originally published in Yale e360.

Thailand’s Maya Bay used to be a quiet cove teeming with marine life, visited by only a handful of tourists each day. Then came the 2000 film "The Beach" starring Leonardo DiCaprio, about a young American adventurer on an exotic island. By 2018, 5,000 tourists were visiting the bay, where the film had been shot, each day. Marine experts reported severe damage to the reef from boat anchors and snorkelers wearing sunscreen that contained a common chemical toxic to juvenile corals. Thailand’s national parks department announced that more than 50 percent of the bay’s corals showed signs of damage, prompting the agency to close Maya Bay indefinitely "until natural resources return to normal."

In the Philippines, the tiny island paradise of Boracay, covering 4 square miles, was overrun by 2 million visitors in 2017, many from cruise ships. Last year, with hundreds of businesses and residences dumping sewage into the sea, authorities closed the island for six months to undertake a large-scale cleanup operation and developed plans to cut the number of visitors by two-thirds.

And in Vietnam, the country’s most popular tourism destination, Ha Long Bay, with its thousands of limestone islands of all shapes and sizes rising out of the sea, has experienced a huge increase in tourists whose sheer numbers are fouling the ecosystem. Officials say that in 2017, nearly 7 million tourists visited the bay, a UNESCO World Heritage Site; roughly half were international visitors, many from China. Hundreds of ships ply the bay each day, often discharging human waste into the sea. Tourists increasingly express surprise not at the landscape, but at the amount of trash in the water or the crowds.

Around the world, burgeoning numbers of tourists — many from nations with millions of new middle-class travelers — are putting pressure on legendary natural areas, from the mountains of Patagonia, to the national parks of the western United States, to the Arctic landscapes of Iceland. But nowhere is the problem more acute than in Southeast Asia, famed for its beaches, tropical forests and far-flung islands. Not only are the economies of Southeast Asian nations heavily geared to, and dependent on, foreign tourism, but the region’s vacation destinations are also close to China, whose citizens made an estimated 150 million trips abroad last year — a fifteenfold increase from 2000.

Andrew Hewett, with the Thailand-based Phi Phi Island Conservation and Preservation Group, says that the face and mode of tourism in Southeast Asia has changed significantly in the last 10 to 12 years. Most of the region’s tourists used to come from Australia, the United States, Europe and Japan, with many arriving in small groups or as backpackers. Today, China and India dominate the tourist ranks, their travelers often arriving in what Hewett calls "mass charter groups." Larger groups mean bigger boats, with more oil and waste discharged in the water. They also mean more garbage and human waste, and more damage to sensitive marine and terrestrial environments.

Until recently, many Southeast Asian nations, grateful for new jobs and surging revenue, have done little to address the growing threat to the natural environments that attracted tourists in the first place.

"I would argue that tourism has not only been badly managed in general, it’s not been managed at all," said Randy Durband, chief executive officer of the Global Sustainable Tourism Council. "Southeast Asia is one of the most dramatic regions in the world for the issues we’re talking about." 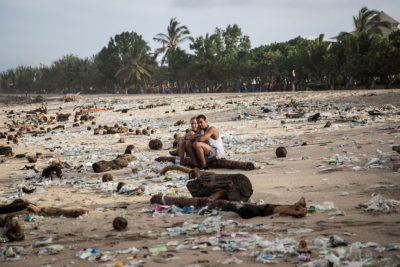 The sheer number of tourists pouring into Southeast Asia is "eye-popping," according to Megan Epler Wood, director of the International Sustainable Tourism Initiative at the Harvard T.H. Chan School of Public Health and president of EplerWood International, a company that helps locales develop sustainable tourism. Thailand, one of the world’s top 10 countries for international tourism, welcomed more than 38 million visitors in 2018, a threefold increase from 15 years ago. From 2016 to 2017, the number of foreign tourists visiting Vietnam grew by 30 percent, and then by 2.5 million visitors the following year, bringing the total number of foreign tourists in Vietnam in 2018 to 15.5 million.

A report released late last month by the Travel Foundation, Cornell University and EplerWood International found that local capacity to manage environmental impacts from tourism is lacking in much of Southeast Asia.

"The invisible burden is the social and environmental impacts of tourism that are not accounted for when countries look at economic impacts," says Epler Wood, a co-author of the Travel Foundation report. "There’s a cost as each tourist comes into a country. It’s not equally distributed throughout the economy, and where it fails is in the protection of the environment."

The crush of tourists into areas such as Maya Beach, Ha Long Bay or Bali extracts an environmental toll in several key ways. One is the handling and treatment of human waste. A second is the mountains of garbage and plastic bags piling up in places that once received thousands of visitors annually and now receive millions. And a third is the damage to the environment as legions of tourists disembark from cruise ships or planes and fan out across fragile ecosystems.

The invisible burden is the social and environmental impacts of tourism that are not accounted for when countries look at economic impacts.

Boracay Island in the Philippines, once named by Travel and Leisure magazine as the world’s best island, serves as a cautionary tale of what can happen to a once-paradisiacal spot that finds itself flooded with tourists. As more visitors poured onto the island in recent years to enjoy its white sand beaches and turquoise waters by day and raucous party scene by night, the island’s environment reached the breaking point. A government survey found that 716 of 834 businesses and residences lacked wastewater permits and many were discharging sewage into the sea. Armies of tourists, sometimes reaching nearly 20,000 a day, were strewing trash about the island and disturbing wildlife, including sea turtles.

In April 2018, after Philippine President Rodrigo Duterte said the unregulated discharge of sewage had turned Boracay’s limpid waters into a "cesspool," authorities closed the island to tourists for six months. They limited the number of tourists to 6,400 a day, required hotels and other businesses to install proper sewage treatment systems, mandated that tourists stay in government-accredited hotels with proper sanitation, banned single-use plastics, created steep fines for littering and required Jet Skis to operate more than 100 meters offshore. The island has been largely reopened to tourists since October, although officials say Boracay’s rehabilitation will take at least two years.

"I believe the closure served its purpose of giving Boracay the much needed rest it deserves and allowing for improvements," says John Paolo R. Rivera, associate director of the Andrew L. Tan Center for Tourism at the Philippines-based Asian Institute of Management. "Boracay must only permit quality tourists. [It] should not be positioned as an island that is known for parties, but rather an island that is an example of sustainable tourism." 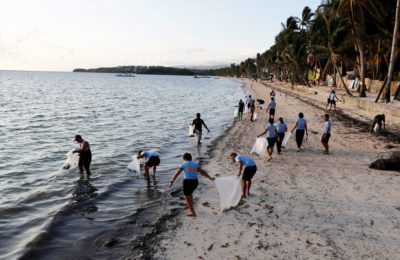 Similarly overrun, Maya Beach in Thailand remains closed to tourists. Declared off-limits to visitors in June 2018, the government initially planned to reopen the resort by October, but has decided to keep Maya Beach shuttered for the foreseeable future. The main restoration work involves replanting corals on the resort’s badly damaged reefs. With the swarms of tourists gone, some marine life is returning to Maya Beach, including dozens of blacktip reef sharks caught on video last fall.

Another fragile Southeast Asian ecosystem facing growing tourism pressure, and a looming closure, is Komodo National Park in eastern Indonesia. This is the only habitat on the planet for the Komodo dragon, the world’s largest lizard, as well as other species such as the dugong, a marine mammal, and 260 species of corals. The number of visitors coming to Komodo Island to snorkel its spectacular coral reefs, swim beneath waterfalls, kayak through mangrove forests and see the Komodo dragon has doubled in recent years, from 80,000 in 2014 to 159,000 last year.

A recent upgrade to the airport nearest to Komodo Island will expand the airfield’s capacity to 1.5 million passengers annually, putting further pressure on the park, a UNESCO World Heritage Site. Cruise ships, carrying up to 1,200 passengers, also are calling on the park more frequently. Developers hope to cash in on the increasing number of visitors, but conservationists and government officials are concerned about environmental pressures such as pollution, freshwater shortages and habitat destruction.

After wildlife traffickers were busted poaching 41 Komodo dragons and selling them at $35,000 apiece on the black market, local provincial officials announced plans to close the park in January.

Officials have been contemplating the temporary closure of the island to give the Komodo dragon’s realm a chance to recover. After wildlife traffickers were busted in late March poaching 41 Komodo dragons and selling them at $35,000 apiece on the black market, local provincial officials announced plans to close the park in January. But Indonesia’s Environment and Forestry Ministry, which manages the park, said no final decision has been made.

Epler Wood says she and her colleagues believe closures should be considered only as a last resort. "We don’t advocate a closing unless it’s an emergency," she says. "We recommend balanced management that looks at supply and demand and measured responses based on planning and science that involves regular benchmarking, like water testing, so you can see when they’re getting close to a problem, which should trigger action."

James Sano, the World Wildlife Fund’s vice president for travel, tourism and conservation, says the Southeast Asia’s travel boom is a clear threat to the region’s "natural and cultural resources." He says that all involved, including the travel industry and local and national officials, must develop strategies to deal with environmental, cultural and economic impacts "to conserve the integrity of the destination — the very reason why travelers are drawn to the region."

Popular tourist spots such as Vietnam’s Ha Long Bay are facing growing pressure to do something before millions of tourists debase the breathtaking environments they came to see. In Ha Long Bay, a coalition of government officials, local businesses, grassroots organizations and international groups such as the International Union for Conservation of Nature are working to improve water quality. These efforts include collaborating with tour boat operators to install waste treatment technologies on their vessels. But whether these efforts will prove effective in the face of growing numbers of tourists clamoring to see Vietnam’s iconic tourist destination remains to be seen. 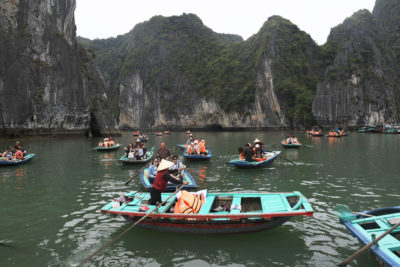 The Indonesian Island of Bali has for years been trying to cope with ever-increasing numbers of tourists. Bali’s international airport received more than 5 million foreign tourists in 2018, a fivefold increase since 2001. The scale of environmental problems has grown in parallel with the number of tourists, including overuse of freshwater, air pollution, habitat destruction and the generation of large amounts of garbage. More than 1,700 acres of land are developed annually in Bali. Each four-star hotel room uses 80 gallons of water a day.

Officials in Bali have proposed a $10 tax levied on international passengers flying through the island’s airport, which would be used to fund programs to preserve Bali’s culture and environment, with a focus on tackling the island’s waste management problem. The island produces 3,800 tons of garbage daily, with only 60 percent of it going to landfills, according to the Bali Environment Agency. In December, Bali banned single-use plastics, such as shopping bags and straws.

A number of regions are taking steps to stem the damage from tourism by improving traveler awareness. Facing threats from mass tourism, the western Pacific archipelago of Palau — known for spectacular hiking, bird watching, snorkeling and diving — requires visitors to sign an environmental pledge promising not to damage the environment during their stay. Stamped in travelers’ passports, it reads, "I vow to tread lightly, act kindly, and explore mindfully. I shall not take what is not given. I shall not harm what does not harm me." 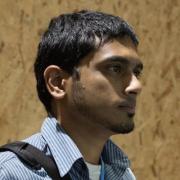 See all by [email protected]