It's that time of year again, where we simultaneously look back at the year slipping away behind us and towards the shiny new year full of promise just ahead.

There was a lot to celebrate in transportation in 2019. It was a big year for cities to buy electric transit buses and ban diesel cars from city centers (at least in Europe).

Meanwhile, automakers such as Ford launched ever more enticing electric car models such as its new Mustang Mach-E. And e-scooter riding, which can replace car trips and reduce congestion, saw unprecedented growth.

At the same, charging infrastructure emerged as the No. 1 issue holding back vehicle and heavy-duty fleet electrification this year. And transportation-related emissions likely rose this year for the fourth year in a row (the hard data doesn't come out until early 2020), continuing to represent the single largest contributor to carbon dioxide emissions in the United States.

So how will 2020 be different? A few market and tech trends will emerge on the horizon next year, while other transport sectors will mature and drop in cost. 2020 should be a really interesting year for the transformation of transportation. Here are 10 trends I'm watching:

1. Big companies start buying more electric truck fleets: More retailers and shippers will place large orders of electric trucks for beverage routes, last-mile delivery and short-haul distribution. Amazon surprised everyone this year when it announced that it plans to buy 100,000 electric delivery vans from startup Rivian, while UPS, FedEx and DHL have all bought electric trucks in smaller numbers. Anheuser-Busch placed an order for 21 BYD electric semi-trucks this year, which looks like the largest order for class 8 electric trucks in the United States. 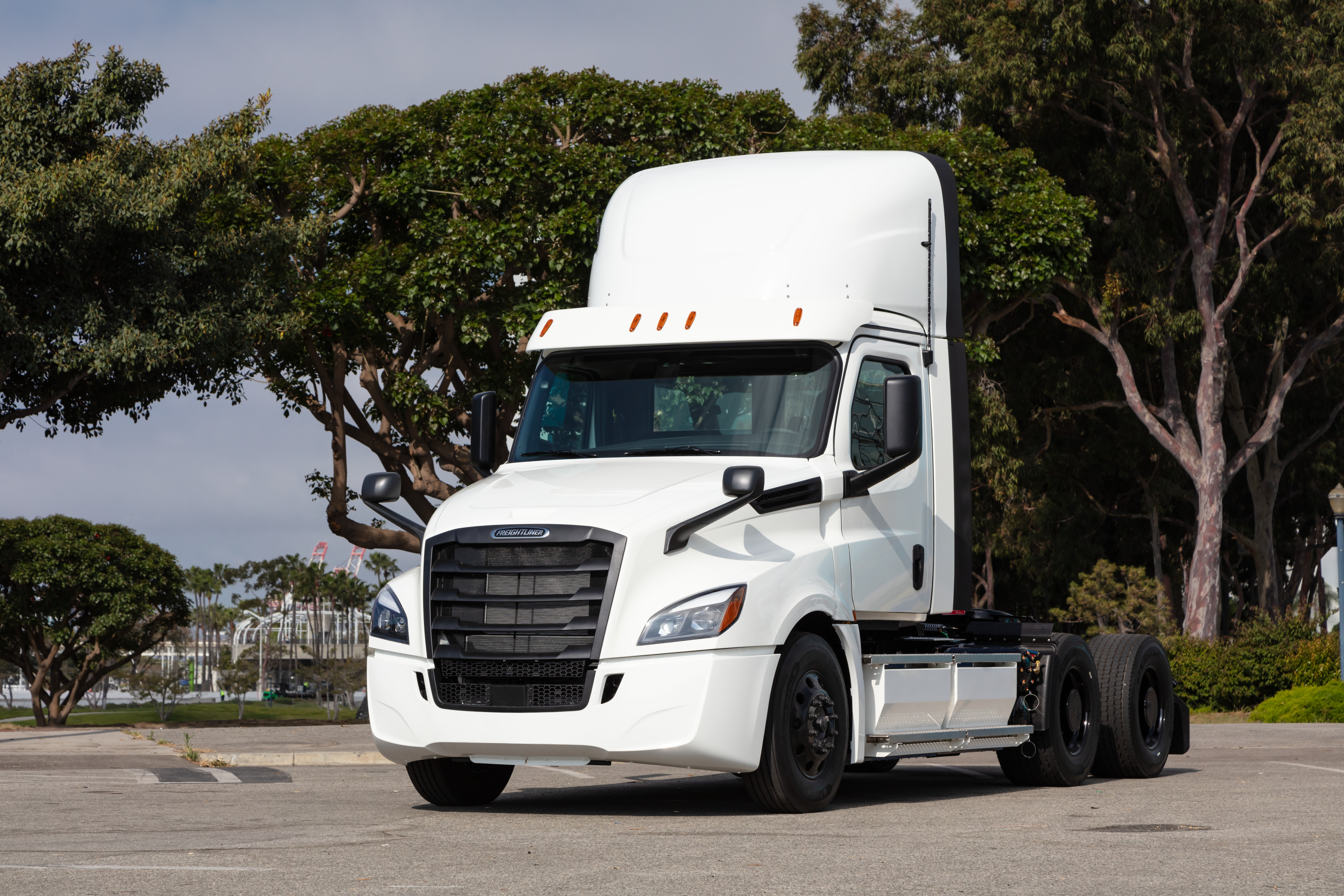 In addition to big automakers starting to take electric trucks more seriously, important mandates and incentives at the state and city level are helping drive this market. The California Air Resources Board plans to adopt its Advanced Clean Truck rule next spring, which will require automakers to sell an increasing amount of electric trucks, in addition to requiring big companies to start reporting on their (and their third party) fleet truck operations. On the municipal level, cities all over Europe have been banning diesel trucks in urban centers, and you can expect that trend to continue and move into the United States as well.

2. Sustainable city transportation plans come to America: While European cities have been leading on the "greenzones" and diesel bans, similar efforts are starting to be enacted and considered in America's biggest cities. New York will become the first U.S. city to implement congestion pricing, charging drivers to enter congested city centers in Manhattan.

While it might sound shocking, London implemented its congestion charging in 2003 and it's been highly successful in reducing air pollution and greenhouse gas emissions (it also has newer ultra-low emission zones). New Yorkers won't feel the new fees until 2021, but expect next year to be a year of figuring out how to adjust to them.

A month ago, Los Angeles launched the most aggressive U.S. city-led sustainable transportation plans. It wants most of its new cars and all of its city buses to be electric by 2028, and it's actively considering how congestion pricing could help with slashing its infamous traffic. Expect Los Angeles congestion fee feasibility to be a hot topic in 2020.

San Francisco is joining the car-ban efforts by kicking passenger vehicles off its main downtown Market Street. Those efforts will begin next year. 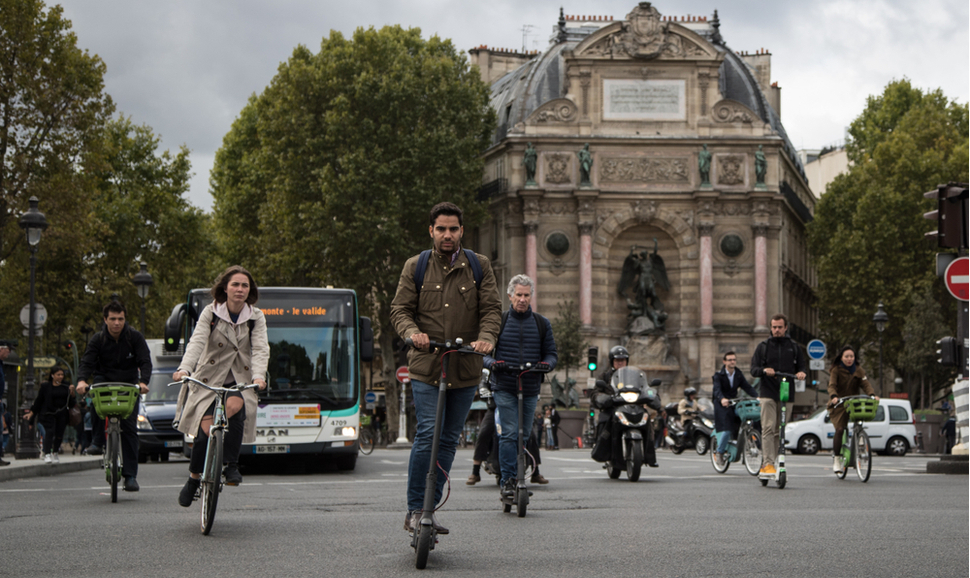 3. Scooters become boring: If 2018 was the year of the "scooter wars" where some cities banned the two-wheelers and riders abused them, 2020 will be the year where scooters became, well, boring. Ridership of scooters has grown at an unprecedented rate, compared to other forms of transportation, and many cities are starting to embrace them as ways to get residents out of cars and reduce congestion.

In 2020, scooters officially will go mainstream and emerge as an uncontroversial tool to help commuters, tourists and school kids get to where they want to go. People won't complain about scooters, they'll just ride them. Niggling controversy will remain over how cities and scooter companies will share and use data.

4. Matching electric vehicle charging with clean energy: As the electric vehicle industry, and the number of installed EV chargers, grows, it's important for companies to make sure that electric vehicles are being charged with clean electricity. Some early adopters are already starting to do this. Charging company EVgo this year committed to powering 100 percent of its fast charging network with renewable energy.

In an effort to match electric vehicle charging with clean energy in California, automaker BMW has partnered with Straus Organic Dairy Farm to install a methane biodigestor. The biodigestor captures methane from the local cow waste, and the methane can be converted into renewable electricity for the power grid. BMW also has a "ChargeForward" pilot program in the San Francisco Bay Area, which enables BMW EV drivers to charge their cars with solar power.

Adam Langton, who works on connected e-mobility for BMW North America, said in an interview that the automaker is exploring if such technologies can scale to enable all drivers of its EVs to charge (indirectly or directly) with clean energy. Expect more efforts like this to emerge from automakers in 2020 as the amount of EVs driving on the roads grows. 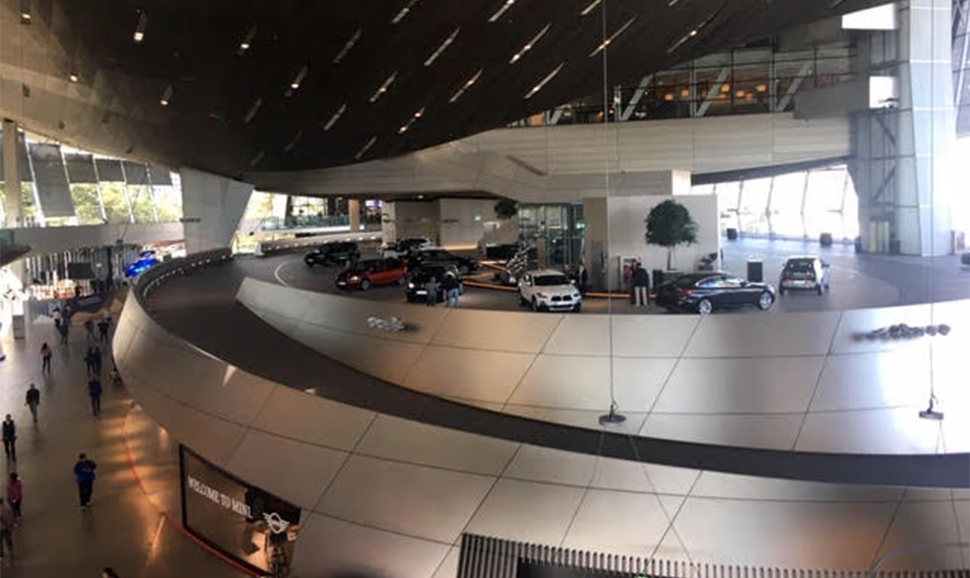 5. Utilities start being proactive on EV charging: U.S. utilities are beginning to take a more proactive approach to deploying, owning and managing electric vehicle infrastructure, and that trend will grow considerably in 2020. As one energy company exec said to me recently, the electricity demand for EVs is one of the biggest market opportunities of the last half-century for electric utilities.

The Smart Electric Power Alliance (SEPA) recently put out a report that says that EVs are a big opportunity for utilities to increase customer engagement and "be seen as a champion of positive change." But the coming wave of EVs will require a lot of advance planning and coordination for utilities, including developing new load management tools, new business models, new rate models and strategic collaboration around building out electric fleet depot charging. 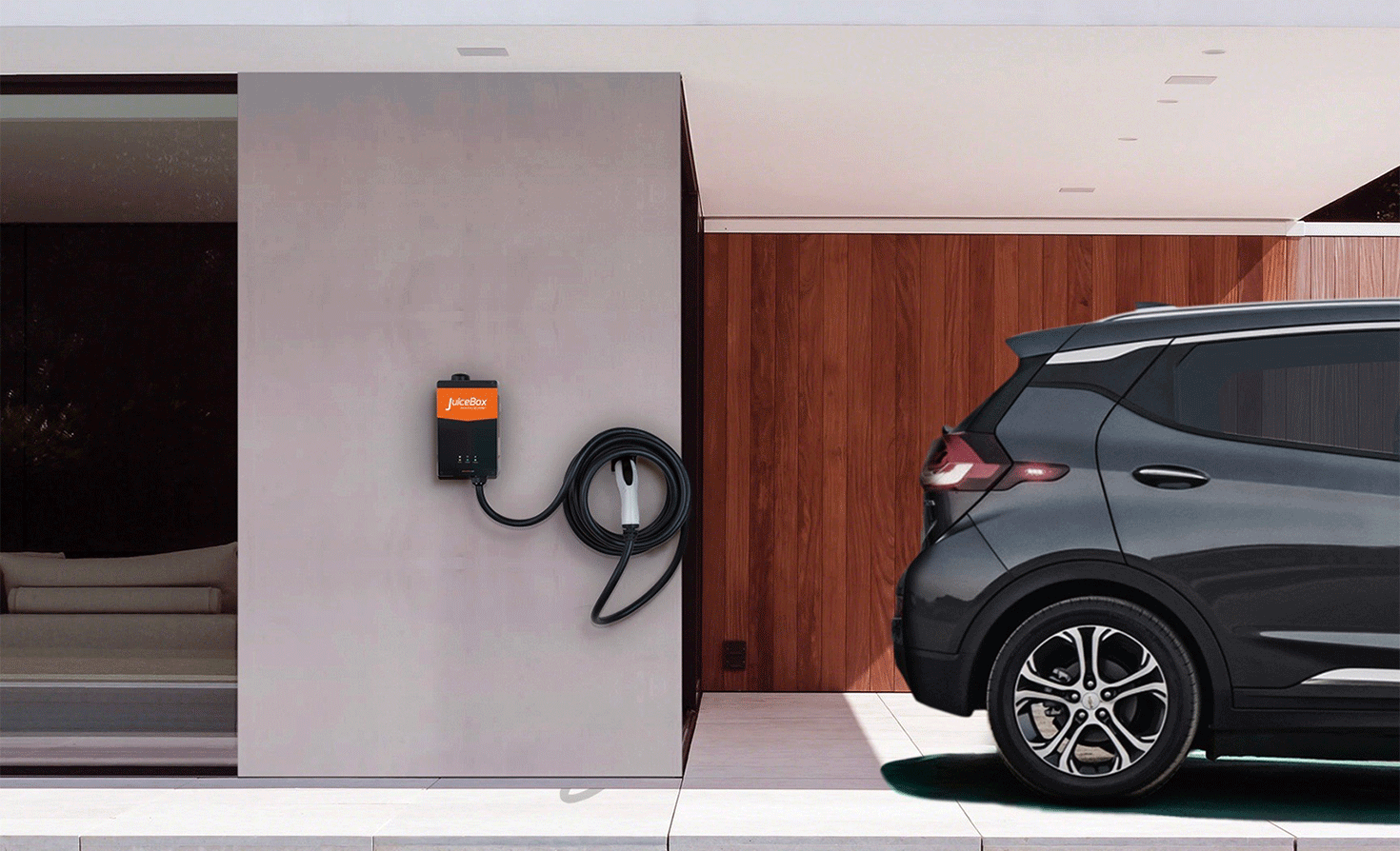 The battery range of these buses has grown considerably over the past couple of years meaning "long haul" commuter trips, like from, say Marin County down to Facebook HQ in Menlo Park (nearly 70 miles), is totally doable on a single charge.

7. E-school buses test out V2G: Electric school buses could be the great big hope for the market called "vehicle-to-grid", or V2G, in 2020. Because electric school buses have large battery packs, and are only used a small percentage of the day (and half the year), they make a great application for a utility to use the mobile batteries as basically stationary storage. They can tap into them during peak demand and avoid turning on, or deploying more, ultra-dirty peaker plants.

Virginia utility Dominion Energy announced this year a plan to deploy up to 1,050 electric school buses on Virginia roads over the next five years. Those buses will be deployed in locations that can provide the best V2G services for the utility. If this program shows some success in 2020 and beyond, it could be one of the first big commercial opportunities for vehicle-to-grid. 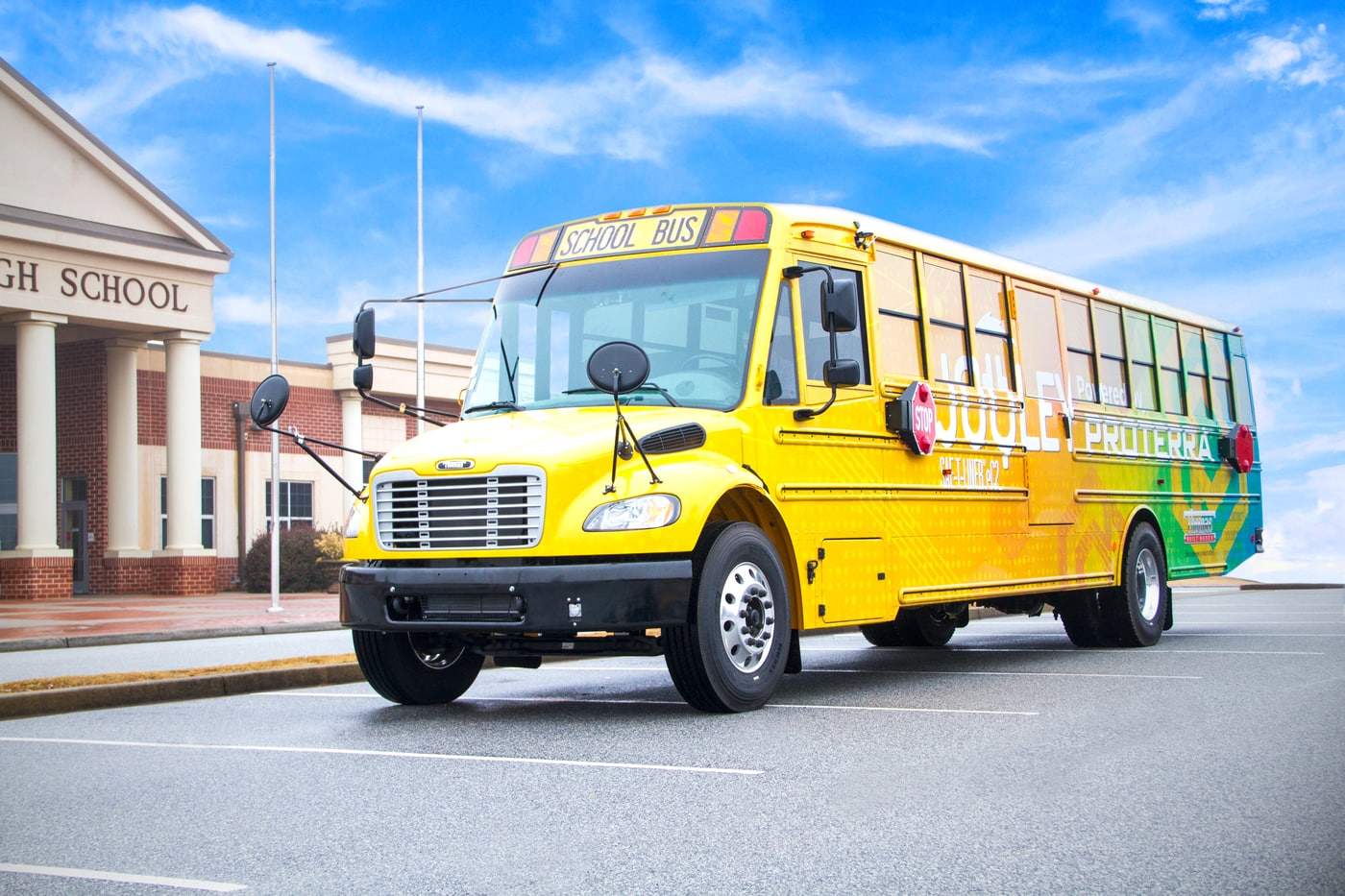 8. Consumers wake up to the environmental downside of instant delivery: The carbon emissions associated with shipping goods purchased online is growing rapidly, mainly due to the growing use of diesel-powered trucks to move goods quickly to and within cities. And many of us are actually starting to become a lot more concerned about it.

The Environmental Defense Fund recently launched a campaign to get signatures from concerned citizens about the emissions and air pollution from the rapid delivery of e-commerce. Next year they plan to use their findings to push retailers to tap into electric delivery truck fleets. Some retailers are working early on this issue, such as Etsy and IKEA. The issue is also gaining momentum because it's a local one: idling delivery trucks contribute considerably to local air pollution, much of it in disadvantaged communities near distribution hubs.

9. Electric fleets go toward open standards: With fleet electrification about to boom, companies are strategically planning large charging depots that can charge dozens, or even hundreds of heavy-duty vehicles. In the early days of this market, some automakers and vendors have been pushing their own proprietary charging gear, which essentially locks a fleet into using only their equipment.

But as the market matures, the bigger energy players that sell charging gear are pushing for open standards and educating fleet managers on why open standards are important. If charging depots use open standards from the beginning they can have a much greater range of options for services and hardware and older assets have a smaller chance of getting stranded. A lot of these lessons come from the open standards work of digital communications networks, and open smart grid standards.

10. Here come the urban e-cargo bikes: A fun sub-trend of decarbonizing delivery is the e-cargo bike. Cities such as New York City are giving incentives for delivery companies such as Amazon and UPS to deploy large numbers of e-cargo bikes that can drive in bike lanes and up onto sidewalks for deliveries. E-cargo bikes are great because they're not only battery-powered, but they also reduce congestion by removing big trucks from the roads. And they just make in tight urban neighborhoods where delivery trucks block lanes and cause major traffic.