Companies use PFAS chemicals in food packaging because they provide water and grease resistance. But these harmful chemicals can leach out of the packaging and get into our food and bodies, and after use, they can wind up in compost and the environment.

A new investigation commissioned by Safer Chemicals Healthy Families and Toxic-Free Future identified the likely presence of per- and polyfluoroalkyl substances (PFAS) in some store-brand products and food serviceware obtained at Albertsons and its subsidiary Safeway, and in use or for sale at other Albertsons’ subsidiaries. The tested products include dental floss, bakery cake plates and the packaging for store-brand organic and conventional microwave popcorn. Eight out of the 10 tested samples from Albertsons and Safeway stores contained elevated levels of fluorine, indicating they were likely treated with PFAS.

Surveys have found that consumers are increasingly concerned about toxic chemicals such as PFAS in food. Some PFAS remain in the human body for years and studies suggest exposure is associated with cancer, liver damage and immune suppression. With the information on widespread exposure and threats to health, pediatricians have also become concerned — last year the American Academy of Pediatrics issued a major policy statement calling for action on hazardous food additives.

Grocery chains must get out ahead of this emerging regulatory curve and 'mind the store' to ensure that food contact materials and other products they sell don’t contain dangerous chemicals.

In response, cities and states across the country, such as Washington state, have been introducing and enacting legislation and regulations banning these chemicals. In Congress, Rep. Debbie Dingell (D-Michigan) introduced new legislation this month that would ban these chemicals in food packaging at the federal level. There have been two separate Congressional hearings on PFAS over the past few weeks.

Grocery chains such as Albertsons and other retailers must get out ahead of this emerging regulatory curve and "mind the store" to ensure that food contact materials and other products they sell don’t contain dangerous chemicals such as PFAS.

The investigation identified the following items purchased from Albertsons’ grocery stores as likely to contain PFAS. These items were chosen because similar items have tested positive in the past.

The only item we screened in this round of sampling that did not test positive for likely PFAS treatment was butcher paper (two samples).

This testing expands on sampling conducted in 2018 to gauge the extent of PFAS use in paper food packaging sold at and used by five major U.S. grocery chains. Our Take Out Toxics study focused on deli packaging such as takeout containers; this sampling included additional types of packaging, such as for microwave popcorn, some of which have been found to be likely PFAS-treated in other studies.

Samples were collected at Albertsons and Safeway stores in Boise, Idaho, and San Jose, California, in February and March by our partners Conservation Voters for Idaho and Clean Water Action California. We commissioned testing of the items for total fluorine content, a useful screen for the likely presence of PFAS chemicals.

Why Albertsons and Safeway? Albertsons is the second largest dedicated grocery retailer in the country, and historically has been a laggard on issues related to toxics. It has the market position to make changes that impact a vast number of Americans, but has yet to make a public facing commitment on this issue.

In "Take Out Toxics: PFAS Chemicals in Food Packaging," we screened food packaging from five major grocery retailers. In that study, we found that nearly two-thirds (five of eight) of the paper takeout containers tested, such as those used at self-serve salad and hot bars, contained elevated levels of fluorine, indicating they likely were treated with PFAS. Eleven percent (four of 38) of bakery and deli papers tested also likely were treated with PFAS, including a bakery bag and sandwich wrapping paper. In that report, one out of 17 materials sampled from Albertsons tested positive for likely PFAS treatment. (In the present study, we set out to investigate whether other food packaging from Albertsons might contain PFAS.)

In Europe, some top grocery chains such as COOP in Denmark have already removed these chemicals from microwavable popcorn and other products.

In response to the Take Out Toxics report, both Whole Foods and Trader Joe’s pledged action on PFAS. In contrast, Albertsons has yet to make a public commitment on toxic PFAS. And in Europe, some top grocery chains such as COOP in Denmark already have removed these chemicals from microwavable popcorn and other products.

As a market leader, Albertsons also can play an important role in cleaning up the food supply chain.

As these chemicals are uncovered in more food packaging and drinking water, consumers are becoming increasingly aware of their hazards and are demanding that grocers and big box stores take appropriate action to eliminate PFAS from their supply chains. We recommend that grocery chains and other food retailers take the following actions:

To its credit, Albertsons has made progress on other chemical safety issues, such as significantly reducing the use of BPA in its private brand food packaging. Just as Albertsons worked to drive BPA out of its canned foods, the company should ensure that food contact materials don’t contain highly persistent and toxic PFAS chemicals and ensure substitutes are safe.

As the second-largest dedicated grocery chain in America, with more than 2,200 stores and $60.5 billion in annual sales (PDF), Albertsons has the market power and a moral responsibility to ensure the food and products it sells don’t contain toxic chemicals such as PFAS.

Join us in urging Albertsons to lead by signing our petition to the CEO. 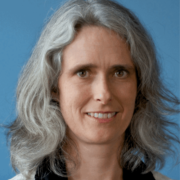