Her name is Halogenated Flame Retardant (HFR) and she's one hot mess.

In a red carpet ceremony in Los Angeles Thursday, the second annual Toxies awards honored this bad actor for its sheer ubiquity and dangerous impacts.

Used in furniture, electronics and building insulation, HFR can be found in nearly the entire U.S. population and is linked to lower IQs, cancer and infertility. This toxic resume earned HFR the People's Choice Award as Worst Chemical of the Year, in addition to an award in the Super Hot Mess category. 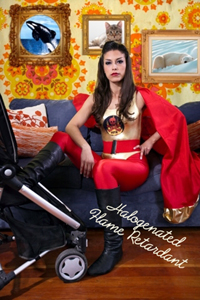 If you've never heard of the Toxies, the event is sort of like a satirical cross between the Oscars and the Razzies but for chemicals, created by several Los Angeles-area nonprofits last year to raise awareness of the toxic materials that pervade our world and the need for safer alternatives.

Bisphenol A took the top award last year when the event was more California-focused, said Ana Mascareñas, policy and communications coordinator for Physicians for Social Responsibility (PSR), which leads the Toxies with Californians for a Healthy and Green Economy.

The awards received a ton of attention last year, leading the groups to expand the concept nationwide. This year's awards were livecast online last night, and satellite events took place far outside L.A., including Minnesota, Virginia and Australia.

Next page: The nominees for the 2011 Toxie Awards

Without further ado, here are the nominees for the 2011 Toxies:

Super Hot Mess and People's Choice Award for Worst Chemical of 2010: Halogenated Flame Retardant, found in products such as car seats, mattresses, couches and cribs, HFR has been linked to negative effects on the brain, endocrine and reproductive systems.

Lifetime Achievement in Harm: Lead received this award for the second time for its role in touching the lives of countless people dating back to Ancient Rome, according to the Toxies. Linked to learning disabilities, cancer, behavioral development problems and higher risk of heart attacks. 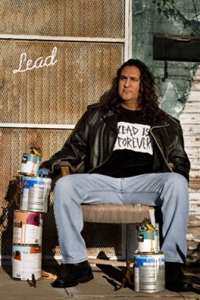 Worst and Longest Running Performance: Mercury, can be transmitted by air, water and seafood, damages the nervous system and causes birth defects.

Worst Dressed: Perchloroethylene, used in 80 percent of U.S. dry cleaners but can lead to dizziness, nausea and organ damage.

Most Washed-Up: Triclosan, stars in personal care products but builds up in bodies and is linked to cancer, thyroid disruption and the rise in antibiotic-resistant germs.

Worst Special Effects: Perchlorate, a major actor in solid rocket fuel, airbags and fireworks that is found in drinking water; can interfere with iodide uptake in the thyroid.

Worst Replacement Actor in a Series: Methyl iodide, the cancer-causing chemical first used in industrial processes and laboratory research before emerging as a pesticide.

Worst Hair-Raising Performance: Formaldehyde, long used as an embalming liquid and fungicide, now appears in paints, cleaning supplies and other common products. Linked to asthma and part of the "Toxic Trio" that also includes Toluene (an organic solvent found in paints, glues and cleaning products) and dibutyl-phthalate (DBP), a plasticizer used in nail polish.

More details about all of the Toxie nominees are online at Toxies.com.