Tractors, software and the right to repair

Tractors, software and the right to repair

During the latest state legislative cycle — which is mostly wound down for this year — lawmakers considered nearly 20 bills centered around a concept known as the "right to repair."

None of them actually passed, but the attempt in Minnesota got closer than most. What’s more, advocates in New York (where Apple reportedly gummed up the works) and Massachusetts still actively pursue the issue. This isn’t going away, and now that Democratic presidential hopeful Elizabeth Warren is talking up the concept, every maker of stuff — both consumer and commercial — should be paying attention.

Don’t make the mistake of writing off right-to-repair campaigns as pet projects of the DIY crowd. I see the movement as directly related to the disruption in traditional business models being catalyzed by the philosophical and operational shift to a circular economy.

One of the central practices really complicating matters is how manufacturers license the software that is increasingly necessary to operate and maintain all manner of products, from tractors to printers. Simply put, most of this software is not available as "open source," and fiddling with it is pretty much verboten for anyone who isn’t authorized — even for the "owner" of said thing. So even if the hardware is pretty easy to take apart, doing so might actually breach some sort of intellectual property law. Why? Because the margins on services are still pretty juicy.

I see the movement as directly related to the disruption in traditional business models being catalyzed by the philosophical and operational shift to a circular economy.

"This particular view of eternal locks on everything is an ecological disaster," noted Nathan Proctor, director of the Right to Repair campaign with the U.S. Public Interest Research Group (U.S. PIRG), when we chatted earlier this week.

"Our opponents keep enraging their customers," he added later during our conversation. "If they weren’t nickel and diming [them], we wouldn’t have had such an easy time" getting attention for this issue. 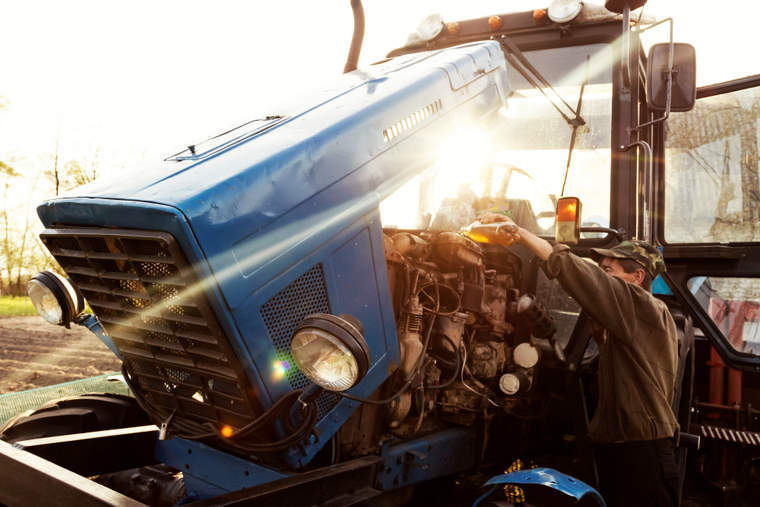 The right-to-repair idea itself is pretty straightforward. The laws being considered from Maine to Nebraska essentially would require manufacturers to make repair resources — that is, the same manuals and components that authorized service and maintenance partners receive — available to individuals who want to fix things on their own.

As GreenBiz circularity maven Lauren Phipps reported in late 2018, DIY electronics sorts have griped about "locked" iPhones and the difficulties of disassembling certain types of electronics for years. That even inspired Motorola to take an entirely different and refreshing approach with its mobile phones: creating DIY repair kits. By the way, this is essentially an entirely new product line. Yes, a new revenue stream!

The controversy that has really pushed the right-to-repair issue further into national headlines over the past several years, however, is focused on an entirely different dilemma: the right of farmers to continue repairing tractors and other agricultural equipment, notably made by Caterpillar and John Deere.

This is something that many farmers have been doing for years. After all, who can afford to wait days for an official repairperson in the middle of a crop seeding or harvest? That tractor needs to get back into the field. Stat! But it turns out that all the sensors and software that have been loaded onto these machines — yes, the very tech that we all love to gush about — is increasingly proprietary. The manufacturers have been locking this stuff down in the name of intellectual property rights, essentially forcing them to pay a lot more money for official repairs and are turning some farmers into hackers.

It underscores that more consumers are interested in keeping the products they already own in useful circulation longer than most manufacturers may have anticipated.

Things have gotten so heated that the Federal Trade Commission is even holding a mid-July workshop on this issue (aptly called "Nixing the Fix"). Among the issues it’s exploring: the decision by some manufacturers to made warranties conditional upon someone using an official repair shop, and whether these policies are forcing some products into obsolescence.

The interest in right to repair is revealing. For one thing, it underscores that more consumers — both individuals and businesses — are interested in keeping the products they already own in useful circulation longer than most manufacturers may have anticipated.

So, as companies redesign computers and phones and, yes, equipment such as tractors or warehouse forklifts, the ways they approach modularity will be important. Those decisions will have implications not just for upgradeability but later for disassembly when something truly would be worth more in pieces rather than a whole.

Similarly, many companies will need to rethink their software licensing policies so that the various components of a particular piece of hardware more easily can be used or remanufactured. A model for this is the personal computer industry (well, at least most of them), where companies such as Dell, Lenovo and HP Inc. decouple the electronics from the operating system software (usually supplied by Microsoft). Things aren’t so simple when it comes to disassembling something made by a vertically integrated manufacturer such as Apple or Cisco.

For now, the right to repair is mostly a theory, not a reality. But the push toward a circular economy is likely to keep it front and center legislatively. "I think it’s inevitable that we’re going to pass the right to repair somewhere," Proctor said.