The 'tragedy' of the EIA's latest annual outlook

The U.S. Energy Information Administration’s (EIA's) most recent Annual Energy Outlook (AEO) should give anyone watching today's energy markets a jolt of surprise.

Not for projecting that U.S. energy demand will grow by an average of 0.4 percent per year after two decades of evidence to the contrary. Not for presenting major alternative scenarios only in the cases of cost and technology improvements in the oil and gas industries. But for exhibiting erroneous data about the costs of renewables, and for its simple and outdated outlook on how the market is changing and will in time transform.

The danger is that key decision makers will make decisions in accordance with an altogether different future than otherwise might result from current market activity. This risk stems from the agency's opaque assumptions and modeling methodology, which recently have been the subject of significant criticism. In response (PDF), the EIA has sought to create a tenuous distinction between its "projections" and "forecasts" that requires mental acrobatics to accept — as do the annual outputs of its work.

Are we looking at the same market?

In a two-part tragedy, incorrect initial positions go on to influence completely outdated expectations about the composition of the American energy landscape through 2050. To its credit, EIA analysts read the news (if selectively): the AEO projects that renewables will be among the fastest-growing segments in electricity generation markets. But the EIA assessment of generation costs across technology types in 2022 more closely resembles a copy-paste of renewables' market data from back in 2015. It's no wonder the EIA expects that policy will be the near-exclusive driver of renewables' market growth, by way of state-enforced procurement requirements and federal tax credits.

EIA methodology is a key reason why the AEO's citation of levelized costs (those upfront costs spread over an energy asset’s lifetime generation) seems so obsolete. Suffice to say that the EIA ignores the average results of recent tenders in the U.S. and elsewhere when compiling its forward-looking average price estimates. As a result, stagnating future prices — wind and solar are estimated to decline by only $3/megawatt-hour from 2019 to 2022, unsubsidized — underlie EIA's projection that capacity installations over the same period will be only 60 percent of actual annual totals for the last two to three years.

In contrast, indicators over the past 18 months regularly show that large- and medium-scale solar and large-scale wind prices are far more competitive than marginal costs from traditional sources — especially when they are sited near to load, as most often only modular renewables can be. This, in turn, is enabling still-expensive storage to be coupled with renewables generation to firm supply for portions of the day and provide grid services in addition to those offered by renewables with smart inverters. Collectively, these trends indicate the rapid approach of widespread grid parity between traditional sources and less-intermittent clean energy generation.

The EIA should look to real, current market dynamics to inform its initial positions. To start, the market is now global. Following leadership in early market development efforts by Europe and the U.S., countries such as China, India and Mexico have set their sights on securing sustainable economic development and near-term, cutting-edge jobs for their constituents. This motivates large-scale procurement of renewable energy that their domestic companies are simultaneously racing to manufacture and distribute, often with a boost in expertise and capital from established companies in developed markets.

Second, international markets are scaling — fast. As each large-scale procurement sees low bids from not one or two, but 10 bidders, governments, companies and communities are encouraged to go back to the market with more and larger tenders — even going so far as to free up capacity by canceling previously planned coal plants.

Large, competitive procurements in LEDs, renewables and even electric vehicles ensure that buyers can leverage market forces and use existing expertise to innovate technology and delivery models that achieve step changes down the learning curve to reduce cost. Even though tenders occasionally may risk overestimating future cost declines, these are marginal in relation to their empowerment of cost reduction trends that are consistently more rapid than analysts expect.

The danger is that key decision makers will make decisions in accordance with an altogether different future than otherwise might result from current market activity.

Third, technology markets are converging to drive nonlinear deployment. Manufacturers of lithium-ion storage, for example, are serving multiple segments such as electric vehicles and grid-scale storage; thus growth in any one segment will enable cost declines that support growth in others. Further, storage will support intermittent but predictable renewables generation, unlocking new customers’ interest and further deployment. As evidence of this trend, leading project developers in the U.S. — some of which are subsidiaries of traditional utilities hedging their bets — have merged traditionally separate teams to analyze, bid and build integrated and technology-agnostic portfolios of cost-effective generation resources.

Together, market dynamics like these, missed by the EIA, tell us that the proverbial cat is out of the bag, and its claws inexorably stretch back into U.S. markets.

In Colorado, Xcel's all-source solicitation in late 2017 demonstrated just this, with one of the largest energy companies in the U.S. submitting a solar plus storage bid for $36/MWh based on the cost of components mostly built abroad. Attempts to wrestle it back in risk ceding the U.S. businesses cutting-edge innovation to foreign businesses in a global market estimated at $1 trillion per year (PDF) by some of the world's largest companies.

The EIA needs to start looking at current market offers and consistent patterns in actual deployment versus its historical forecasts. Only in this way will it start to come to grips with the real trends in the accelerating energy transition, and have the insight to be able to project or forecast the revolution that is coming. If not, it risks becoming totally irrelevant as a source of information and a poor guidance for business leaders and policymakers across the country. 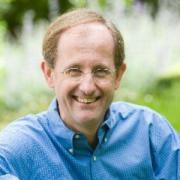 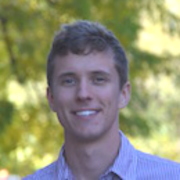 RMI's plan to help Fortune 500 companies up their renewables game

See all by Jules Kortenhorst