The train has left the station on renewable energy

Obscured by unending debate and hype about the merits of renewable energy, a consequential transition quietly took place in recent years: Unsubsidized renewable energy is economically viable in many regions of the world. While government subsidies for renewable power generation have played a critical role to this point, powerful economic and technological forces have permanently altered the energy landscape. Companies and consumers are taking note. Renewable energy, especially solar photovoltaic (PV) and wind, is the fastest-growing energy segment and soon is likely to displace a significant share of traditional energy sources. The renewable sector, while currently still dwarfed by its fossil-fuel antecedents, has a very bright future if present trends continue.

For years, investments in renewable energy capacity remained anemic due to weak economic fundamentals, as subsidized costs of solar and wind installations (measured by the levelized cost of energy [LCOE]), were simply too high. According to a recent report (PDF) by the World Economic Forum, the global average LCOE of utility-scale photovoltaic power fell by an average of 20 percent annually between 2012 and 2017, and today is at parity with, or even below, the cost of conventional energy in many U.S. states and parts of Europe and Asia.

The International Renewable Energy Agency suggests that solar and onshore wind LCOE may drop an additional 59 and 26 percent, respectively, over the next decade. By 2020, PV solar is projected to have a lower LCOE than coal or natural gas-fired electricity, which generate about 62 percent of electricity today.

Manufacturers achieved significant cost reductions in solar and wind systems in recent years, with solar rapidly catching up with (and in some instances surpassing) onshore wind’s early lead. For solar PV, technological progress made solar panels cheaper to produce and more efficient in converting sunlight into useful energy. Since 2009, average PV module costs have fallen by 80 percent, while wind turbine prices have dropped nearly 30 percent since 2014 alone.

Driven by the increasingly attractive economics and the desire to reduce greenhouse gas emissions, corporations are rapidly ramping up their purchases of renewable energy from the grid, as well as investing in renewable generation capacity. For companies with energy-intensive assets (such as data centers), entering multi-year purchase power agreements with utility providers gives companies a reliable, predictable supply and cost for energy.

Driven by the increasingly attractive economics and the desire to reduce greenhouse gas emissions, corporations are rapidly ramping up their purchases of renewable energy from the grid, as well as investing in renewable generation capacity.

The movement is widespread — the Renewable Energy 100 Initiative is a global collaborative of companies committed to purchasing or producing 100 percent renewable power by a specific year. By the end of 2016, the companies were about halfway to reaching the goal on average. Some of the largest companies in the world take part in the initiative, including Google, H&M, Nestle and Walmart. Apple recently announced an agreement with NV Energy to build a 200 megawatt solar energy plant in Nevada to supply Apple’s Reno data center. In January, IKEA acquired an 88MW wind farm in Canada, as part of an effort to produce as much energy as the company consumes. Additional commitments by the corporate sector will further support demand for renewable energy, an important signal for renewable energy developers concerned about the financial viability of their projects.

Distributed renewable energy generation, in addition to utility-scale, is an emerging factor in the transition. Distributed energy systems have diverse potential applications, such as residential rooftops, powering local facilities, or charging vehicles. While solar and wind energy generation still faces problems due to intermittency, low-cost battery storage can "smooth" the swings in output produced by uneven wind, cloud cover and nightfall. The good news is that the price of batteries is mirroring that of generation technology; the global average price of battery packs dropped from $1,000/kilowatt hour (kWh) in 2010 to $350/kWh in 2015.

Companies are taking note; in January, AES Energy completed the largest, at 30 MW, lithium-ion battery storage system in the world. The San Diego Gas & Electric Company, which commissioned the project, said that the system will allow for greater integration of renewable energy into the regional grid. Some electric utilities, driven by emissions regulations, government renewable energy goals, and rising energy demand over time, see solar and wind assets as both economically and strategically beneficial additions to their portfolios. While renewable sources still make up a small share of utility portfolios, some companies have invested billions in new capacity. Duke Energy has invested more than $4 billion in wind and solar projects in 12 states and plans to add nearly $3 billion more in the next several years.

While the environmental benefits of renewable energy are clear, there are potential externalities from solar and wind system manufacturing and development, issues that manufacturers must consider. For example, projects may be situated in environmentally sensitive areas, including shallow seas for offshore wind farms or solar installations in ecologically important arid regions. Both solar panels and wind turbines can contain potentially harmful materials that must be properly disposed of at end-of-life; with the rapid growth of the technologies, large numbers of installations will be retired in coming years, adding urgency to the need to develop recycling infrastructure for panels and turbines. Interestingly, most wind and solar companies do not disclosure detailed information about such topics in their financial filings, making it more difficult for investors to read into potential sustainability issues.

With improving economics, it is increasingly apparent that renewable energy is here to stay, and likely to gradually displace traditional fossil-fuel based generation. While the transition will not happen overnight, the "invisible hand" of economic forces may eventually drive the energy market towards an equilibrium where renewable energy powers nearly everything. 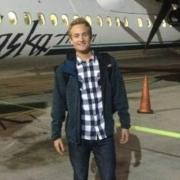 See all by Henrik Cotran