As the world’s largest energy consumers, businesses are crucial in our transition to a clean energy economy. By setting and meeting ambitious targets to purchase renewable energy, businesses can transform their carbon footprint, as well as those of their supply chains. By flexing their collective purchasing power, businesses around the world can make significant contributions towards achieving the Paris Agreement’s ambitious targets.

In the U.S., major companies have been supporting climate action and investing in renewable energy for decades, saving billions through energy efficiency measures and reducing emissions. Their efforts have made corporate America an active leader in the U.S. climate movement.

This summer alone, over 1,500 businesses with annual revenues of $1.6 trillion signed the "We Are Still In" declaration, pledging to help the U.S. deliver on its Paris Agreement targets. This is the single largest coalition of businesses in the U.S. ever assembled in pursuit of climate action, and today they stand shoulder to shoulder with hundreds more cities, states and universities. This unprecedented coalition shows that businesses, and other non-state actors, are crucial for climate action at scale — and not just in the United States.

Businesses’ ability to drive climate action is not just an American opportunity. It’s a global one. Especially in places such as Mexico, China and India, where national governments are working hard to meet their ambitious Paris Agreement targets by increasing their use of renewable energy.

In Mexico, wind is helping power General Motors' manufacturing operations, enabling three of its Mexico facilities’ electricity needs to be run mostly on renewable energy. The company is committed to generate or source all electrical power for its global operations with 100 percent renewable energy by 2050. In China, companies such as Walmart and Apple are working with their supply chains to reduce greenhouse gas emissions resulting from their operations. Apple and its suppliers will generate and procure more than 4 gigawatts of new clean power worldwide by 2020, including 2 gigawatts in China alone, and use it to reduce emissions associated with manufacturing. P&G is working towards the company’s long-term vision of powering 100 percent of its plants by renewable energy globally.

P&G is working towards the company’s long-term vision of powering 100 percent of its plants by renewable energy globally.

To keep on track with the Paris roadmap, governments must submit even stronger, more ambitious targets under the Paris Agreement by 2020. With that only three years away, it’s crucial governments leverage the formidable purchasing power of businesses and spur the growth of renewable energy in these markets.

Transitioning to renewable energy makes good business sense, and the growing corporate demand for renewable energy globally is transformative. But companies still face many barriers and will require the support of national governments to increase their purchasing of renewable energy in international markets in the first place. Policymakers in China, India and Mexico can help reduce risks in project development by creating a predictable policy environment, expanding purchasing options for corporate buyers and improving access to financial products.

No single nation or one company can meet the challenge of climate change. To create change on the scale needed, countries will need to collaborate with businesses, cities, educational institutions and other non-state actors to deliver on emissions reductions.

Businesses are a cornerstone in our global solution to the climate challenge. By accelerating corporate purchases of renewable energy in international markets, businesses can help countries stay on track, helping these nations meet and beat their commitments to the Paris Agreement. 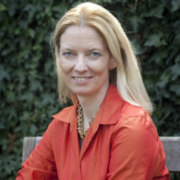