Given the the global march to toward urbanization, developing “smarter,” more efficient cities could be among the world’s greatest hopes for a more resilient future.

More than half the world's population currently lives in cities, according to the United Nations, and this upward trend is expected to hit 60 percent by 2030.

With cities already producing some 70 percent of global greenhouse gas emissions, how urban planners, businesses and residents respond to the anticipated crush of new urban development could present a make-or-break opportunity for countering climate change.

Cities are hard-pressed to tackle the multitude of environmental and social sustainability challenges they face alone, from energy, water and air quality problems to daunting concerns such as municipal waste and much less concrete social equity challenges. Forced to address these proliferating issues with dwindling resources, many municipalities look to get smarter by leveraging technology to make better use of what they already have. 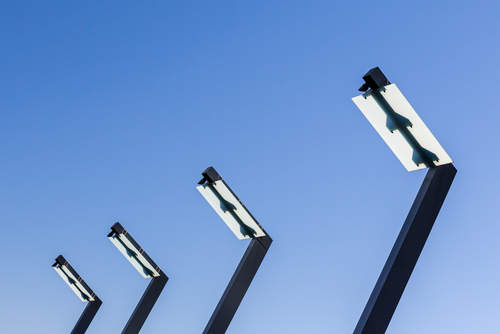 So far, however, much of the smart city talk has focused on municipalities in the global north — cosmopolitan cities such as Barcelona, Copenhagen, Seattle and Chicago.

Many of these cities are retrofitting their existing energy, water and waste systems, along with infrastructure such as transportation routes, with sensors that help maximize efficiency. Given concurrent efforts to harness related technology for more transparent governments, cities in many countries are also embracing open-data policies with a residual effect of providing more fodder for private sector innovation.

Underlying the smart cities hype, however, has been a resounding silence as to how cities of the global south — the less wealthy nations of Africa, Latin America and Asia — might translate these concepts to their own day-to-day realities.

In sheer numbers alone, the dual challenge and opportunity of the matter is staggering; 90 percent of the 2.5 billion people expected to live in cities by 2050 will reside in these areas, according to the United Nations Department of Economic and Social Affairs (PDF).

In comparison to dire sustainability and resiliency obstacles facing cities in the global south, municipal woes of the United States and Europe can seem almost laughable.

Californians, for example, are up-in-arms about browner lawns and golf courses imposed upon them by Gov. Jerry Brown’s recent executive actions to help deal with the state’s historic drought.

Meanwhile, a years-long mega-drought in Kenya’s Rift Valley already has forced tens of thousands of former farmers to abandon their homes for the country’s swollen capital of Nairobi. Unable to accommodate such an influx, Nairobi is now strewn with slums such as Mathare.

In Mathare, more than 600,000 people live in an area of only 3 square miles. They dwell in small shanties made of corrugated metal and mud, make due without running water or electricity and mostly lack access to working toilets.

Walking the dirt roads of Mathare (as I did recently) and meeting human beings living permanently in conditions much worse than what the vast majority of Americans would be willing to tolerate even temporarily makes the thought that smart sensors could serve as a panacea seem, well, a little dumb.

There is potential for smart technology to help mitigate some sustainability and resiliency issues, but there also are drawbacks to Big Data's embrace.

The downside of Big Data

The prospect of smart cities in Africa and other parts of the global south has generated widespread interest among businesses, investors and politicians. Viewing infrastructural vice as a virtue, they believe underdeveloped cities can skip over old technologies to embrace smarter ones. 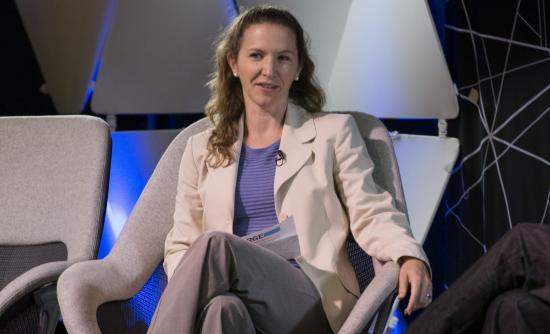 She said that a focus on calculated planning, access to design tools and thoughtful engineering still can create the greatest value for cities in need of new approaches to sustainability and resiliency in the 21st century.

That sentiment is also echoed by others in the field.

“Put simply, there is a risk that smart cities of the south will privilege hardware and software over investing in people," wrote Robert Muggah, co-founder and research director of the Igarapé Institute. "The emphasis on new technologies may blind city authorities to the very real and persistent gaps in old, or traditional, services and infrastructure.”

Caught up in the “seductive allure” of Big Data and other smart technologies, Muggah said, municipal and business leaders may “overlook human capacity and local infrastructure in the rush to implement new smart city systems.”

The situation in Nairobi highlights this point — despite having dozens of slums such as Mathare, the city is considered Africa’s “most intelligent” city.

Sure, the Kenyan government has established strategies to make the city smarter, but the new developments consist of isolated and self-contained nodes physically separated from the rest of the city.

Building an 'Internet of People'

Reconciling the northern conception of smart cities with realities of the global south requires revisiting the roots of the issue.

“The smart city concept essentially means efficiency, effectiveness and resource optimization,” IoT researchers wrote in one 2012 paper. “Efficiency is largely based on the intelligent management and integrated information communication (ICT) infrastructure and an active citizen participation.”

The researchers concluded that this “implies a new form of governance, including genuine citizen involvement in public policy in the form of crowdsourcing and crowd sensing.”

Despite vastly different standards of living, political realities and funding possibilities, there are already nascent examples of organizations taking advantage of existing resources — such as cellphones — to bridge these gaps.

In Nairobi, for example, is the social enterprise Spatial Collective. The company has developed a free, downloadable mobile app that allows users with GPS to mark specific problems of governance — such as energy, water and waste — then crowdsource solutions. In a twist on old-school petitions, the aggregated data then can be presented to the democratically elected municipal government to compel action.

As Internet-enabled mobile phones and smartphones become increasingly more available in the global south — 90 percent of the people in Mathare already have mobile phones — public-private innovations in crowdsourcing and crowd sensing may help pave the way to cities which not only are smarter, but more equitable.

Why we should enable the autocatalytic city

Autodesk and the Future of Sustainable Design

What's the business case for climate-focused urban development in Africa?