There are countless opportunities — but limited investment funds.

There is regional equity — the question whether every region in a state, or every neighborhood in a city, is equitably treated from a funding perspective. There is modal funding equity, which goes to whether public sector decision makers treat each mode fairly when it comes to the allocation of limited public funding resources. Then there is ridership equity — are users of the transportation system being provided reasonably equal, meaningful modal choices, enabling access to jobs, healthcare, education and opportunity? Social equity, which builds the bonds that knit together the durable fabric of a healthy moral society, has a broader meaning. Fundamentally, social equity relates not simply to treating all people fairly, but also recognizing, acknowledging and acting on righting historical wrongs. Often that means stepping up investment in neighborhoods and communities that historically have been shortchanged when it comes to transportation funding.

Many of us who care deeply about transportation equity often take as a given that people in underserved neighborhoods will applaud and welcome increased investment in local transit improvements. Yet that is not always the case, and in the drive to advance transportation equity, we often run into barriers we did not expect.

At the core of the problem is the poisonous atmosphere created by decades of neglect and disenfranchisement. While many planners and policymakers genuinely want to be responsive to rider needs, the reality is that inequities remain ingrained in large part because of habitual neglect, often of benign intent but always of pernicious effect. Skepticism about new projects or innovations proposed as being "good for the community" is the predictable reaction of those who have experienced years of false promises and disinvestment in urban transit.

While many planners and policymakers genuinely want to be responsive to rider needs, the reality is that inequities remain ingrained in large part because of habitual neglect.

Beyond this understandable skepticism, some prefer to maintain inferior mobility systems out of fear that improvements will undermine their beloved status quo or that it will bring displacement and gentrification. Rather than embrace improvements to mobility they resist, or fail to engage, and lose the opportunity. This reaction may seem inexplicable: How could people deliberately reject improvement and modernity in favor of maintaining the poor-performing status quo? Yet transit advocates are increasingly compelled to respond to a deeply felt fear of displacement and gentrification that often is associated with transit improvements. These fears of displacement, and the reluctance (particularly among older long-time residents) to accept new ways of doing things, pose often impenetrable barriers to advancing transit improvements in underserved communities.

A report released earlier this year by Boston’s A Better City (ABC) noted that a disproportionate amount of development within Metropolitan Boston was occurring within areas labeled Transit Growth Clusters. Those growth clusters shared certain characteristics where "state economic policy, local land use policy, and market interest converge around rail and bus transit." One unfortunate characteristic of the Transit Growth Clusters was high housing costs. As the report noted, this dynamic is not unique to Metro Boston, citing a "quantitative analysis of the San Francisco Bay Area and Los Angeles County found a clear correlation between transit investment and gentrification ... often with the loss of low-income households."

That analysis comes from research undertaken as part of a joint UC Berkeley, UCLA and Portland State University Urban Displacement Project. The project undertook a detailed analysis of scholarly literature on the topic of displacement, pointing out that gentrification does not arise from any single cause, but emerges when there is a supply of available housing and a pool of gentrifiers seeking to live in urban neighborhoods (typically close to transit). Flows of people and private sector capital are the forces that alter existing neighborhoods and begin to push housing costs higher. Specifically, there often is a link between land/housing values where location is in proximity to labor markets.

The ABC report took solace in the balancing effect of location efficiency — the notion that lower transportation costs can offset higher housing costs. The cost savings to commuters associated with location efficiency are not trivial, but it is not a like-to-like offset. The bottom line is this: if a person or family cannot afford to remain in a gentrifying neighborhood, or cannot afford to rent or buy in (or in reasonable proximity to) a transit-oriented development, the egalitarian and social cohesion benefits of a sustainable mobility system are being lost.

If a person or family cannot afford to remain in a gentrifying neighborhood ... the egalitarian and social cohesion benefits of a sustainable mobility system are being lost.

Transit planners and advocates may not be able to meaningfully control market forces when improvements encourage or trigger gentrification, but they ought to be duty-bound to collaborate with transit agencies and municipalities and craft approaches to maintaining housing affordability in underserved neighborhoods and communities where transit improvements are being proposed.

This is uncharted territory for most transportation advocates and planners. A strategy that couples transit investments with upzoning, affordable housing creation, tax incentives and tenant protections requires collaboration among transit advocates and planners with housing experts, and municipal and metropolitan planning agency staff. This can be a messy process of discussing trade-offs and compromises, but ultimately this is an effective way to allay a community’s well-deserved fears about displacement.

Upzoning is an important tool to help manage the additional demand for housing that new transit stations and services can create. For example, building and encouraging housing density next to or near a low/zero emissions mode of transportation can help a community achieve lower carbon emission goals. Upzoning can create affordable housing through proven methods such as inclusionary zoning and density bonuses.

Tenant protections can and should be one of the first things transportation planners talk about ahead of a major investment. The recent Nashville transit ballot initiative (one of the few large-scale transit ballot initiative failures in recent years) fell victim to an alliance of car-loving suburban interests and low-income and minority residents. The low-income and minority residents were rightfully anxious about gentrification and displacement, and Let’s Move Nashville, the official group convened by the mayor and the transit agency, didn’t effectively assuage their concerns.

Transit agencies should work with municipalities to model anticipated increased demand, and use that data to make informed decisions.

Transit agencies should work with municipalities to model anticipated increased demand, and use that data to make informed decisions. Establishing a fund to purchase the existing affordable housing stock, and working with housing advocates to stop no fault-evictions and create tenant "first right of refusal" protections, can go a long way in repairing the reputation transit agencies have in many low-income communities.

In addition to these forms of collaboration, we propose a six-point approach to guide planners and advocates as they face the challenges of introducing transit improvements in underserved neighborhoods that are skeptical of change or fearful of displacement (or both):

1. Ensure that the transit rider is heard

This means taking all steps necessary to ensure that the transit rider has an equal voice with the resident who lives near transit but does not take transit. Public meetings are disproportionately represented by older, less transit-oriented residents who do not use transit and who resist change to the public realm that may be required to introduce transit services and projects. All voices must be heard, respected and responded to, but advocates and policymakers must be vigilant that they are receiving a broad cross section of input.

Equity in a time of innovation means many things, but specifically it requires sensitivity to those who are unbanked, or for whom use of smartphones and apps is challenging. This is particularly relevant as systems transition to "cashless" boarding systems, and the use of real-time schedule alerts become the norm to help improve the transit experience.

One pernicious effect of mid-20th century "transportation progress" in urban areas is the prevalence of disease associated with emissions. Higher rates of asthma, respiratory and cardiac illness have unfortunate roots in a mobility system still dependent in large part on fossil fuels. Transit improvements and new services should be based on a zero/low emission standard that uses all-electric buses and electric locomotives and EMUs for rail systems.

An informed citizenry better serves the public sector than one that lacks accurate information and knowledge; otherwise citizen input will be more emotional and reactive rather than thoughtful and productive. Impacted communities should be engaged as problem-solvers, and the best way to do that is to ensure they are prepared with the facts and data that enable them to craft and propose viable solutions or alternatives. Public sector agencies should set aside modest but reasonable sums for grants to citizen groups directed to the exclusive use of hiring independent legal, engineering and design professionals who can demystify proposed projects, educate citizens about opportunities or constraints under applicable legal and regulatory frameworks, and provide competent advice on design and engineering alternatives.

In a time when new business models are designed to provide on-demand vehicular mobility to people (through companies such as Uber and Lyft), public transportation needs to be competitive in order to maintain a strong egalitarian approach to transit. Being competitive will require advocates to work with public agencies to develop new business models for public transportation services, and take strategic steps to improve transit service in ways that will attract riders of choice. Without those riders, the public transportation system will become almost exclusively the mobility service of necessity, and that is a recipe for decline and worse. The best transit systems are, and will be, those where everyone regardless of income or class share the ride, have a stake in the ride and support the proper operation and maintenance of the system.

6. Deal with the displacement issue head-on

Transit planners proposing improvements in traditionally disadvantaged communities should be required to develop a thorough analysis of the potential impacts on housing, and recommendations for action that will have the tendency to stabilize costs. Such an analysis would outline historic and contemporary housing trends and conditions within one-third of a mile radius of the transit improvement. It also would require, at a minimum, identifying potential opportunities to build new housing in the designated area, including zoning and other changes that may be required to develop affordable housing and mixed-income housing density.

Achieving equity in a way that embraces all of its forms — regional, modal, ridership, social — requires hard work, a self-effacing attitude, a keen understanding of history, forethought and compassion. The conditions that led to the distrust of proposed transit improvements didn’t happen overnight, and they certainly won’t be remedied in an instant. Transportation advocates, planners and experts might have to face some tough words and strong pushback from communities that have been historically wronged, even if those wrongs were committed by previous generations. However, once you truly listen to those concerns, you’ll often find a community willing to contribute to the project in meaningful ways. The stories of Boston’s Orange Line project in the Southwest Corridor or the TOD project at Oakland’s Fruitvale Station are stories of tense battles and trade-offs, but stories that concluded in community building, affordable housing creation, green space and public realms the community could be proud of.

Addressing transportation equity in all of its forms and manifestations is not easy, but it is vitally important to achieving the overarching goal of sustainable mobility: providing better access to jobs, education and healthcare, and the improved quality of life all people aspire to, and indeed deserve. 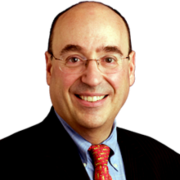 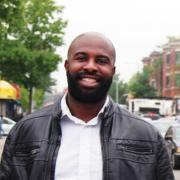 See all by James Aloisi