Watching the news in recent years has brought a sobering reality check about the physical effects of climate change. Events such as the recurring California wildfires and mudslides, hurricanes Harvey and Maria and Typhoon Hagibis — the largest to hit Japan in 60 years — have had catastrophic human and economic costs.

A recent report assessed the total damage and economic loss caused by the California wildfires in 2019 at $80 billion, on top of estimated costs of $400 billion in 2018 and $85 billion in 2017, not to mention the loss of life. Similarly, Hurricane Harvey affected an estimated 13 million people, with nearly 135,000 homes damaged, 88 fatalities and total costs of $125 billion. Research by the European Central Bank found that weather-related catastrophic losses accounted for 80 percent of all insured losses in 2018.

So it is perhaps unsurprising that governments, regulators and investors have started to ask companies to disclose their climate risks, including physical risk. Physical risks refer to those that arise from weather-related events directly, such as damage to property, and indirectly through subsequent events such as disruption of global supply chains or resource scarcity.

The Financial Stability Board’s Taskforce for Climate-Related Financial Disclosures (TCFD) has been a particularly prominent voice. Companies have been reporting on metrics such as carbon emissions for some time. What is different with TCFD is its call for businesses to assess and report the financially material impacts of climate change, including both transition risks and physical risks.

Almost 60% of companies in the S&P 500 and more than 40% in the S&P Global 1200 hold assets at high risk of physical climate change impacts.

To understand their exposure under TCFD, companies must conduct scenario analyses based on different assumptions about the future and the impact across their businesses, including operations, supply chains, customers and markets. However, the feedback from companies in TCFD’s 2019 progress report (PDF) is that they are finding scenario analysis difficult. Still, nearly 900 companies globally have signed on to TCFD, so we can anticipate increased disclosure and increased sophistication in disclosure going forward.

Of course, nobody wants disclosure for disclosure’s sake, so what will companies gain from reporting physical risks?

Risk mitigation, for starters. Research by Trucost highlights the scale of corporate exposure: almost 60 percent of companies in the S&P 500 (market capitalization of $18 trillion) and more than 40 percent in the S&P Global 1200 ($27.3 trillion) hold assets at high risk of physical climate change impacts. Identifying these exposures and building business continuity and resilience plans is critical.

It’s not just companies in the obvious sectors, such as agricultural value chains or resource-intensive ones, that are vulnerable. For many U.S. financial companies, which may have thought their exposure to climate risks was minimal, 2012’s Superstorm Sandy was a wake-up call. Sandy battered the U.S. Eastern Seaboard, causing storm surges that led to extreme flooding in New York and New Jersey coastal areas. This included the financial district in Lower Manhattan, causing significant power outages, property damage and travel disruption.

As the American Insurance Group states in its TCFD report, the damage Sandy caused to AIG’s Wall Street headquarters forced it to remain closed for several weeks, requiring the company to invoke its business continuity planning to mitigate the impact on employees and clients from service disruption. Research from Lloyd’s of London estimates (PDF) that the 8 inches of sea-level rise since the 1950s increased Sandy’s surge losses by 30 percent.

Insurance companies are feeling the impact. The number of registered weather-related natural hazard loss events has tripled since the 1980s, and inflation-adjusted insurance losses from these events have increased, from an annual average of around $10 billion in the 1980s to around $50 billion over the past decade.

Banks can be vulnerable through deterioration in the quality of loan exposures or investments resulting from such losses. Recognizing this, some banks have started to factor climate risk into their reporting and decision making. The Commonwealth Bank of Australia, for example, a large financer of the Australian agricultural sector, has conducted climate simulations on the impacts to farm profitability out to 2060. It also has introduced risk mitigation measures such as incorporating physical climate risk into its ESG Risk Assessment Tool process for business lending.

As the severity and frequency of physical risks from climate change escalate, we can anticipate a growing number of legal actions against companies and their directors.

We are beginning to see the impact of climate and physical risks on corporate credit ratings. An analysis by S&P Global Ratings identified 299 cases in which the impact of extreme weather or other climatic or environmental factors resulted in or contributed to a corporate rating revision, or was a significant factor in S&P Global Ratings’ analysis. In 56 of these cases, climate-related risks had a direct and material impact on credit quality, resulting in a rating, outlook or CreditWatch action or notching of the rating; nearly 80 percent were negative in direction.

One of the most recent and prominent examples of climate-related risk is Pacific Gas & Electric (PG&E), the utility servicing northern and central California. After PG&E’s grid was linked to deadly fires in 2017 and 2018, with losses nearly equivalent to the company’s market value, the utility filed for bankruptcy.

Yet another risk looms for companies that fail to address the physical risks of climate change, one that PG&E knows only too well: liability risk to corporate boards.

In a 2017 keynote speech during the annual forum of the Insurance Council of Australia, Geoff Summerhayes, executive board member at the Australian Prudential Regulation Authority, stated: "Company directors who fail to properly consider and disclose foreseeable climate-related risks to their business could be held personally liable for breaching their statutory duty of due care and diligence under the Corporations Act."

The former directors of Japanese power giant Tokyo Electric Power Company, or Tepco, which spent $10 billion to clean up groundwater pollution from its Daiichi nuclear power plant, damaged in the 2011 tsunami, narrowly avoided prosecution over its failure to act on information that showed the risks to the plant from a major tsunami. Prosecutors had argued that the directors should have understood the risk and had failed to take necessary safety measures. The estimated cost of dismantling the plant, decontaminating surrounding areas and compensating victims is about $200 billion.

As the severity and frequency of physical risks from climate change escalate, we can anticipate a growing number of legal actions against companies and their directors. We might also see more credit rating actions as banks and insurers increasingly factor physical risks into their assessments. Companies that are not taking the appropriate risk mitigation measures may find access to capital and insurance harder, more costly or impossible. 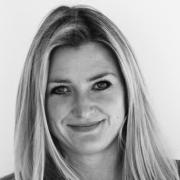 See all by Lauren Smart