The following is adapted from State of Green Business 2020, published by GreenBiz in partnership with Trucost, part of financial information and analytics giant S&P Global.

The alternative protein market is beefing up. That’s because it’s not just beef anymore.

It’s not science fiction — they’re in labs today and on store shelves tomorrow. The past few years have seen major booms in synthetic biology and biotechnology investment, along with changing consumer tastes, which have enabled the creation of more "fake meat" options than ever before.

It’s good timing, too. The changing climate and its impacts are threatening the world’s food supply — temperatures and the frequency and severity of weather events on land and water are increasing, while crop yields are going down. Modern agri-food production systems also contribute to climate change, both directly from livestock emissions and indirectly through deforestation and biodiversity loss.

Global consumption of meat surged by 8 percent from 2013 to 2017, mainly due to rising incomes in developing countries.

Meanwhile, the population of the world is growing, along with its appetite for protein and, along with it, the size and emissions of the animal livestock industry. In fact, global consumption of meat surged by 8 percent from 2013 to 2017, mainly due to rising incomes in developing countries. (Also leading to higher qualities of life and longer lives for these new animal protein consumers.)

The potential of lab-grown and plant-based protein as a solution to climate change and world hunger already has generated a great deal of buzz. Much of it has focused on the two first and most successful companies so far: Impossible Foods and Beyond Meat. The former is currently valued about $2 billion, although it’s still privately held, while the latter’s initial public offering (IPO) far exceeded expectations. At year-end 2019, Beyond Meat’s stock had roughly tripled from its $25 IPO price seven months earlier, for a market cap of nearly $5 billion.

Together, these companies’ offerings are redefining the veggie burger — and the typical veggie burger consumer. Both companies have designed their offerings to maintain a realistic taste and mouthfeel to beef. Impossible’s is made primarily from a soy-based version of the protein found in meat, while Beyond Burger’s comes from mixing green pea protein and beet juice extract for color.

According to market research firm NPD Group, 228 million servings of plant-based burgers were bought at quick-service restaurants in 2019, up about 10 percent year over year.

According to market research firm NPD Group, 228 million servings of plant-based burgers were bought at quick-service restaurants in 2019, up about 10 percent year over year. Interestingly, 95 percent of the people who purchased a plant-based burger during 2019 still eat conventional meat, NPD found. The reasons consumers give for buying are generally to improve health and reduce environmental impacts.

A great deal of that growth is due to the uptake of plant-based burgers on the menus of fast-food and fast-casual chains, including White Castle, Burger King, Hard Rock, Qdoba and TGI Fridays. However, due to the alternative protein’s still-small production scale, prices remain higher than for beef. While partnerships such as these increase the accessibility (and visibility) of alt-proteins, the significant expense of production leads to prohibitive costs that can be barriers to purchase for many, at least until production levels increase.

But more restaurants and foodservice operations, big and small, are sinking their teeth into these foods, helping to bring the technologies and offerings to scale. Commercialization is the key to delivering on the promise and potential of feeding the world with minimal impact on the climate.

Of course, there’s more than one way to create alt-meat. Some companies are going full plant-based, using proteins from different plants to create realistic meat-like substances via fermentation processes, such as the Impossible Burger. Some companies are using compounds pulled out of the air, processed by microbes and probiotics, to create edible protein powder, such as the startups Solar Foods and Air Protein. Others, such as Perfect Day and Finless Foods, are using cellular agriculture, which takes isolated animal cells from meat, fish, eggs and dairy and grows them in a lab. A few are 3D-printing meat cells, such as Aleph Farms and Redefine Meat. 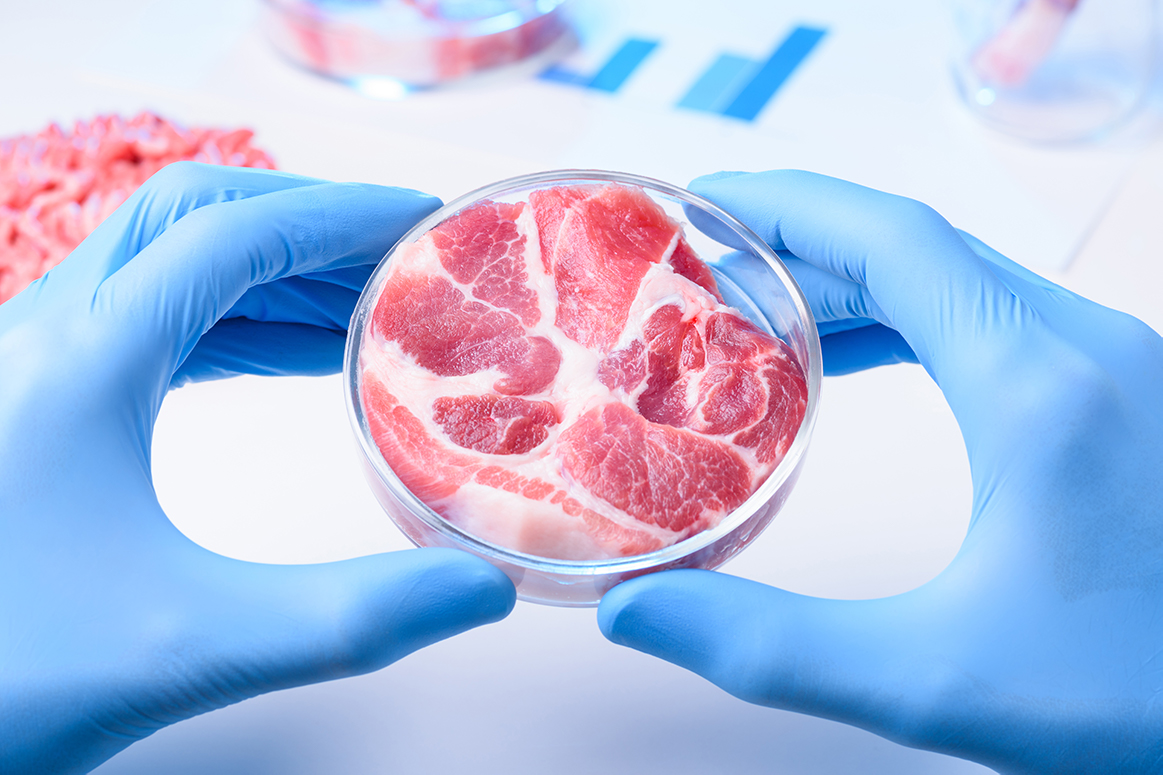 There’s more than one way to go to market, too. Many of these innovators have joined forces with bigger, more established partners to increase distribution channels, access to facilities or simply receive cash infusions.

Take Tyson Foods, the biggest meat producer in the United States. It invested early in Beyond Meat — $34 million between 2016 and 2017, giving it a 6.5 percent ownership stake — an early vote of confidence in meat alternatives. It exited after Beyond Meat went public, only to go on to form its own alternative protein lines in-house, producing plant-based chicken nuggets along with burgers and sausages that blend real and alternative meat.

The food giant has investments in a veritable stampede of alt-protein startups. They include the Berkeley, California-based Memphis Meats, which produces meat from animal cells in a lab; Jerusalem-based Future Meat Technologies, which grows animal cells in bioreactors; Denver-based MycoTechnology, which uses vegetables in a mushroom-based fermentation process to produce protein-heavy ingredients; and San Leandro, California-based New Wave Foods, which is creating plant-based shrimp from algae and other ingredients. Its "shrimp" should be in grocery stores this year.

For Tyson, ingredients such as these represent new product lines. "For us, this is about ‘and’ – not ‘or,’" says Noel White, president and CEO of Tyson Foods. That is to say, traditional burgers aren’t going anywhere anytime soon.

Other companies seem to be taking a bite out of Tyson’s strategy. Nestlé, the world’s biggest food company, last year announced its own yellow pea protein-based offering: the ebulliently branded Awesome Burger, from Sweet Earth Foods, which Nestlé acquired in 2017. One of the biggest consumer products companies in the world, Unilever, last year acquired plant-based startup the Vegetarian Butcher. Food producer Cargill, the biggest privately held company in the United States, invested in cultured meat through Aleph Farms and pea protein through Puris, Beyond Meat’s pea protein ingredient provider.

It looks as if Big Meat is embracing these startups to become Big Protein.

Such acquisitions, partnerships and investments could help smaller startups — many still in development mode — commercialize their products more quickly and efficiently. Those products, from "air meat" to vegan cheese, are already finding widespread acceptance among consumers. Now, they’re approaching the right price point. They might be "alternative" now, but pretty soon, they’ll just be "proteins." Increasing access to these protein alternatives promises to divert climate-change-causing land use while providing equitable access to necessary proteins.

As the market expands, there’s money to be made. Barclays predicts the alt-meat market could hit $140 billion in the next decade by capturing a 10 percent share of the $1.4 trillion meat market. By any measure, that’s a whopper.

6 sustainability trends that GreenBiz readers engaged with most in 2019