The Tricky Question of Biofuels

Steep prices at the pump and concerns about climate change have driven a wave of investment in ethanol and biodiesel, but scientists warn that biofuel production could drive a number of unintended consequences.

Swapping biofuels made from soy, corn and other crops for fossil fuels looks like an ecological bonanza to environmentalists at first glance. And with skyrocketing oil prices and global unrest, biofuels have become the sweetheart of politicians and investors as well. In March 2007, U.S. President George W. Bush and Brazilian President Lula da Silva launched a new partnership to promote biofuels. The two leaders pledged to support research, develop industrial standards and increase the manufacture of biofuels five-fold within the decade. Proclaiming his enthusiasm for the new partnership, President Lula said the agreement "is an answer to the great, energetic challenges of the 21st century."

But as worldwide biofuel production soars, scientists and economists warn that the newly fashionable fuel source may carry unintended consequences for world hunger, land preservation, biodiversity and even global warming.

"This is an exploding new industry but we still don't know a lot about it," says Jason Hill, a research associate in the Department of Applied Economics at the University of Minnesota. "We have to be very cautious as we move forward in biofuel production that we not have unintended consequences."

The Mysteries of Moonshine

Moonshine has long inspired a lot of down-home enthusiasm. So perhaps it should come as no surprise that this potent fermented grain has once again inspired excitement. An alcohol most often made from corn and sugarcane, moonshine goes by the more dignified name of "bio-ethanol" when pumped into fuel tanks. Bio-ethanol, commonly referred to simply as ethanol, is a type of biofuel, a term broadly applied to renewable energy sources derived from living organisms or their byproducts. But just as moonshine does not hold a monopoly on booze, ethanol (in all its many varieties) does not hold a monopoly on biofuels. Also growing in popularity are biodiesels, which are diesel-equivalent fuels commonly derived from different kinds of vegetable oils.

Now, with soaring concerns about energy security and climate change, the ethanol and biodiesel business has exploded. Biofuel production has grown 36-fold since 2000, increasing from 6,000 tons to 230,000 tons per year. And it is expected to grow another ten fold within the next decade.

"The race is on," says Dan Reicher, former assistant secretary of energy for energy efficiency and renewable energy at the U.S. Department of Energy and current director for Google's newly created climate change and energy initiative division. "It makes investment sense to place multiple bets across a broad array of biomass, and [to] build plants as soon as...technology is ready."

Unfortunately, Tennessee hill country's easy answer to sobriety gets complicated when pitched as a panacea for global energy needs. Unlike petroleum, which is pulled by the bucket load from underground wells, cultivating corn, soybeans and other grains requires huge tracts of land.

Already, the consequences of turning food into fuel rumble through bellies and wallets. Biofuels' sudden popularity as fuel sources has driven up prices on everything from cereals and tamales to chickenfeed and livestock. Many farmers greet corn's new status with glee, applauding as its price has doubled to over $4.00 a bushel in the last three months, according to U.S. Department of Agriculture statistics.

But economists studying world poverty note a dark underbelly to the farmers' sudden prosperity. Price hikes and shortages in corn, soybeans and other food-based biofuels could push millions of hungry people living on the margins into starvation. According to University of Minnesota economists C. Ford Runge and Benjamin Senauer, the number of hungry people worldwide could swell by 50 percent, pushing another 600 million men, women and children into starvation by 2020.

Ironically, clear cutting and tilling land to make way for biofuel production could also push additional carbon into the atmosphere. This is partly because the country housing the world's largest carbon sink -- the Amazon rainforest -- is also a leading global supplier of sugarcane and soy-based biofuel. Brazil's vast Amazon rainforest sequesters nearly 65 billion tons of carbon, preventing nearly a decade's worth of global emissions from entering the atmosphere. But economic incentives could encourage sugarcane farmers to expand further into the Amazon wilderness, releasing previously sequestered carbon into the air.

Biofuels' benefit is reduced further still by the fossil fuel-laden nitrogen and phosphorus fertilizers the crops need to thrive. Growing corn using standard farming practices requires an average of 135 pounds of nitrogen, a potent-greenhouse-gas, per acre. Add to this the fuel used by tractors to plow the fields, by trucks to transport the crops and by factories to convert them to ethanol, and substituting an equivalent amount of corn-based ethanol for gasoline only decreases greenhouse gas emissions by 15 percent, according to a study completed by University of Minnesota scientists Jason Hill and David Tilman.

The same researchers concluded that soy-based biodiesel and sugarcane-based ethanol prove better in the battle against global warming, but these fuels are not perfect solutions, either. Soybean biodiesel, as compared to petroleum diesel, cuts greenhouse gas emission by 40 percent.

Sugarcane ethanol appears a hero at first, releasing 80 percent less greenhouse gases than gasoline, but much of the sugarcane is grown in Brazil on former tropical forests that, if left untouched, would have sequestered carbon. Converting intact ecosystems into food-crop-based biofuel production, says Hill, would not only cut into greenhouse gas savings, it could "even net greenhouse gas release."

The Promise of the Prairie

Searching for a biofuel that would produce more energy while releasing fewer or no greenhouse gases, Hill and fellow University of Minnesota scientists discovered a surprising potential solution. For a decade they have been measuring the energy outputs of various biofuels in the University's Cedar Creek Natural History Area. In a report released in December 2006, they announced that prairie grasses might just make better soldiers than crops in the battle against global warming.

Mixtures of native perennial grasses grown on marginal land and converted into cellulosic ethanol (ethanol produced from cellulose commonly found in plant walls) yield up to 238 percent more energy per acre than any single cultivated species such as corn, soybeans or sugarcane, they concluded. Another big advantage of cellulosic ethanol is that, in contrast to food-based biofuels, cultivating prairie grasses does not require fertilizers, irrigation, or pesticides. Prairie systems' massive root structures sequester carbon and propagate without tilling.

Motivated by cellulosic ethanol's potential as a renewable energy source, private investors and governmental bodies worldwide have already invested approximately two billion dollars developing it, says Bill Holmberg, chair of the American Council on Renewable Energy. Despite this investment, cellulosic ethanol remains in the research stage. And while it should prove far more efficient than corn, soybeans and sugarcane, scientists estimate it would still require 1.25 billion acres of mixed prairie grass to supply just 15 percent of the world's energy needs.

This massive amount of land is larger than the United States, Australia, China and Mexico combined. The push for biofuels could sacrifice cropland, homes and prized wilderness areas. Environmentalists say they are particularly worried because wildlife conservation reserve programs that protect millions of U.S. acres are due to expire and could be used instead for biofuel production.

Dick Kempka, a director at the U.S.-based conservation organization Ducks Unlimited warned that "when it comes to global warming, we have to look at all sides and impacts. People are just starting to realize that biofuels are no silver bullet. Instead, it will take a shotgun with a lot of BB's. " 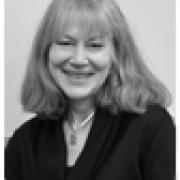 How the U.S. is Forging a National Ecosystem Marketplace

See all by Alice Kenny