60 Minutes aired a piece on the cleantech space on January 5. In the days that followed, I have had interesting conversations with clients about what was broadcast to 7.4 million viewers. Those discussions reinforced my belief that 60 Minutes missed the mark, and inspired me to write this blog on why cleantech is essential, massive, vibrant, and desired.

We recently took 15 clients to China on our annual tour, and the Beijing Air Quality Index (AQI) of PM 2.5 read above 200 on multiple days. The average AQI in Los Angeles, California, through 2009 was 19. As CBS News has reported, the health and economic implications of severe pollution are significant. Kids with asthma flood hospitals. Flights are canceled. Schools are closed. Concerts are postponed. People wear masks and stay indoors.

The cause for China’s dirty air is not a mystery. The country’s coal-fired power generation, rapid industrial growth, and significant increase in vehicles all contribute to poor air quality. The costs are not trivial: The Beijing Municipal Bureau of Environmental Protection has estimated it will cost China $817 billion to clean its air, and $163 billion for Beijing alone to do so.

It’s just not air; let’s consider water. Only half the water sources in Chinese cities are safe to drink. Seventy percent of the groundwater in the north China plain is unfit for human contact.

While air and water quality in the US are better than in China, we too have been impacted by a changing climate. Hurricane Sandy caused $50 billion worth of damage, and Katrina caused $128 billion (in equivalent dollars); and we can’t place a value on the loss of lives. California just experienced its driest year on record.

Cleantech products and services are disrupting massive global industries. In 2014 alone, the United States is projected to spend about $1.3 trillion on energy. s costs of clean technology have declined, adoption is increasing rapidly. Let’s look at solar photovoltaic (PV) as an example: Since the beginning of 2011, the average price of a solar panel has declined by 60 percent. As we look further back in time, the declines are more impressive. The price of PV cells has dropped from $76.67 per watt in 1977 to 74 cents per watt in 2013. This has led to a significant increase in PV deployments. PV installations in the US have grown approximately 50 percent per year from 2011 to 2013. In 2012, renewable energy sources (biomass, geothermal, solar, water, wind) represented half of all new capacity in the United States. Towards the end of 2013, BrightSource Energy’s Ivanpah Unit 1 connected to the grid.

Demand-side markets are also very large and growing significantly. In the US alone, we consume approximately 70 quadrillion BTUs of energy per year across transportation, industrial, residential, and commercial applications. U.S. buildings alone consume about 33.5 quads annually, representing over $420 billion in annual spend. Cleantech solutions are making buildings smarter and more energy efficient.
The global lighting market is approximately $100 billion. While the overall market is growing modestly (around 5 percent per year) the market for LEDs is growing rapidly. Prices for LEDs have similarly come down significantly over the past few years – prices have declined at about 15 percent per year. Cree (and other manufacturers) are now offering sub $10 prices for 40-watt equivalent LED light bulbs. This allows for improved payback for customers and results in rapid adoption of LEDs across many lighting sectors.
These are massive markets.
Cleantech is vibrant
If you watched the 60 Minutes piece, then you might think all cleantech companies have failed. This is not true. Yes, companies have failed, but all emerging markets are volatile. Let’s remember that 75 percent of all startups fail. Over time, more than 600 U.S. automobile companies have failed.
In addition to the highly publicized failures, we (via the Cleantech Group's i3 data platform) have also tracked many successes. Tesla is perhaps the best example of a company that has achieved great commercial success and is being rewarded for this in the financial markets. The company was founded in 2003, went public in 2010 and today trades with an $18 billion market capitalization. Let’s compare this with the value of an established car company: Peugeot was founded in 1810 and produced its first automobile in 1889. The company currently trades at a market capitalization of $3 billion, one-sixth of Tesla’s value. The Model S was named the Motor Trend Car of the Year, and Elon Musk was recently named Fortune’s Business Person of the Year.
Is Tesla the only cleantech public market success story? No, not at all. In 2013, we tracked 14 cleantech IPOs including Marrone Bio Innovations, Silver Spring, Control4, BioAmber, and Evogene. These IPOs and other cleantech public companies have performed exceedingly well. We recently analyzed the 2013 performance of stocks within the Russell 3,000 diversified index and were pleased to discover that Revolution Lighting Technologies, SunEdison, Solar City, and Tesla were among the very top performing stocks in the index:

What about cleantech venture capital? While some VCs have indeed lost money in cleantech, other VCs are getting good returns. DBL Investors invested in both Tesla and SolarCity. Generation Investment Management invested in Nest and SolarCity. I don’t have insight into their specific returns but believe their funds will perform very well. EnerTech, Westly Group, Braemar, and BDC all recently raised new funds. In 2013, our i3 market intelligence platform tracked $6.8 billion dollars of investment across 18 sectors of resource innovation. We tracked a 38 percent quarterly increase in funds invested from Q3 2013 ($1.5 billion) to Q4 2013 ($2.1 billion).
Cleantech financing is broader than venture capital. Investment firms are investing in cleantech via debt, project finance, and public securities. There has been much discussion and progress towards using traditional energy and financial vehicles such as Master Limited Partnerships (MLPs) and securitization to finance cleantech. While certain vehicles have yet to be applied to cleantech, financial companies are already investing heavily in cleantech. Goldman Sachs recently invested $500 million into a SolarCity lease-financing agreement that will help the company deploy about 110 megawatts of solar. Goldman also pledged to invest $40 billion into cleantech over 10 years.
Did the government lose some money in cleantech? Yes, it did. However, from a portfolio perspective, the losses (less than 3 percent of the aggregate) are far smaller than they were portrayed on 60 Minutes. The DOE has also done many positive things. The ATVM Government loan guarantee program (derided in 60 Minutes) provided $5.9 billion to Ford Motor Company in 2009, $465 million to Tesla (which repaid 9 years early), and $1.5 billion to Nissan NA. Via ARPA-E, the DOE has stimulated innovation in important ways with relatively modest amounts of money. Governments are investing in cleantech in a number of other constructive ways not mentioned on the program. For example, the U.S. military is deploying cleantech to achieve greater energy security and flexibility. Cities all over the world are racing each other to use cleantech solutions to address traffic, pollution, and resource challenges.
While I find most attempts to count jobs created from specific government programs confusing, readers might be surprised to learn that the solar industry currently employs more workers than the coal industry. In 2012, the solar industry employed 119,000, and the industry is growing rapidly. In 2012, the coal industry employed 89,800, and the industry is contracting.
When we consider the critique we witnessed one week ago, it’s important to reflect on the role government has played in other industries. The government provided significant support to conventional energy industries via policy, direct investment, and allowing for exploration on federal lands. As DBL Investors reported, California’s nuclear energy industry has received four times more federal support than the state’s solar builders.
Big corporates are actively investing in cleantech to drive growth and competitive advantage, differentiation and to further their sustainability goals. As noted in our recent report, “Partnering with Corporates,” energy companies have been among the leading investors. The chart below shows the most active corporate investors between the third quarter of 2011 and the second quarter of 2013. Over that period, GE, ConocoPhillips, Total, and BP all ranked highly with more than 10 deals. Shell recently launched a new venture fund, Shell Technology Ventures. And it’s good that the oil and gas majors are innovating.

Big IT companies (Google, Apple, Microsoft, Facebook) are purchasing clean energy in impressive quantities. Facebook’s new Iowa data center will be fully powered by wind power. Facebook worked closely with MidAmerican Energy to secure land and develop a 138 MW wind farm adjacent to the data center. Apple’s new North Carolina data centers are powered by custom built solar and fuel cell farms. Google has invested over $1 billion in cleantech through power purchasing contracts and also via equity and debt investments. Microsoft is actively exploring powering its data centers with fuel cells in a disruptive, decentralized architecture. eBay has partnered with Bloom to use fuel cells as the primary power source for its Utah data center. Why are these internet companies driving hard into cleantech? We believe the youth of their employees and end-customers and their values are one critical factor.
The levels and types of activity in this market are inspiring.
Cleantech is desired
Every survey I have read confirms that people (especially young people) want cleantech. For example, in its most recent annual National Solar Survey, the SEIA found that nine out of 10 Americans (92 percent) think that the United States should use solar.
More importantly, when companies (or people) develop awesome products, people want to buy them. For example, Nest Labs has built a learning thermostat that people all over the world want to install in their homes. Their thermostat consistently results in 20 percent energy savings, but I suspect it’s their phenomenal design and ease-of-use that’s really driving adoption. Nest is a young company — launched in 2011 — yet has grown tremendously and is now selling some 50,000 thermostats per month. Impressively, there is evidence that people have been “smuggling” Nest thermostats outside of the United States before the company was officially shipping to those countries.

I believe that as consumers engage with great products and services that have a positive impact on the planet, they will want more. Or less. In some cases, cleantech solutions are allowing consumers (and businesses) to own fewer resources. AirBNB is increasing the efficiency of our housing stock by allowing people to rent out their homes when they are not there. The Cleantech Group's i3 tracks 113 car, taxi, or ride sharing/renting companies. We recently hosted Zipcar at one of our events, and participants were eagerly boasting how they had abandoned their cars. They were proudly showing each other their Zipcards.

This consumer pull reminds me of the role consumer choice has had in disrupting other industries. For example, the cell phone industry was not particularly exciting back in 1983, despite the launch of the DynaTAC. As cell phones penetrated the workplace, they were very much part of a company’s IT system. Companies selected which employees would be eligible for a cell phone and which devices it would support. Then an interesting thing happened: employees started to care about their phones. They started lobbying their IT departments for iPhones. The top-down decision making process was no longer tenable. Employees insisted on choice. Why couldn’t their IT departments just figure out how to support whatever smart phone they wanted to own? As you probably know, this led to the decline of Blackberry (current market cap of $4.5 billion) and the rise of Apple (current market cap of $480 billion).
This is what happens when industries get disrupted. It’s not just cell phones. How many people are still reading paper-based newspapers?
I want to thank 60 Minutes. Last week’s program sparked many interesting discussions. It forced me and my colleagues in the industry to step back and reflect on our work. While I disagree with the way 60 Minutes characterized the story as being over (I believe we are in the early innings of cleantech), I did appreciate the emphasis on China’s impressive role in scaling cleantech. I also loved the reminder that progress will depend on bold actions by entrepreneurs like Pin Ni who are embracing capitalism and cleantech. 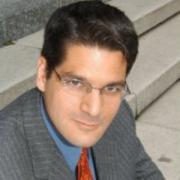 See all by Sheeraz Haji