This reading was challenged, however, by investors selling their holdings. Adam Matthews, director of ethics and engagement for the Church of England Pensions Board, said: "Simply put, these failures of tailing dams should not be happening. These are not Black Swan events."

Then, in February, Alibaba CEO Daniel Zhang warned that the COVID-19 coronavirus outbreak could become a Black Swan event, derailing global growth. Again, it is worth considering whether even COVID-19 merits that labeling. Just as earlier dam breaches highlighted the risks facing mining companies, so outbreaks of SARS and other diseases repeatedly have underscored the health risks posed by "wet" markets selling wildlife products at a time when China is intimately — and increasingly — intertwined with the rest of the world. 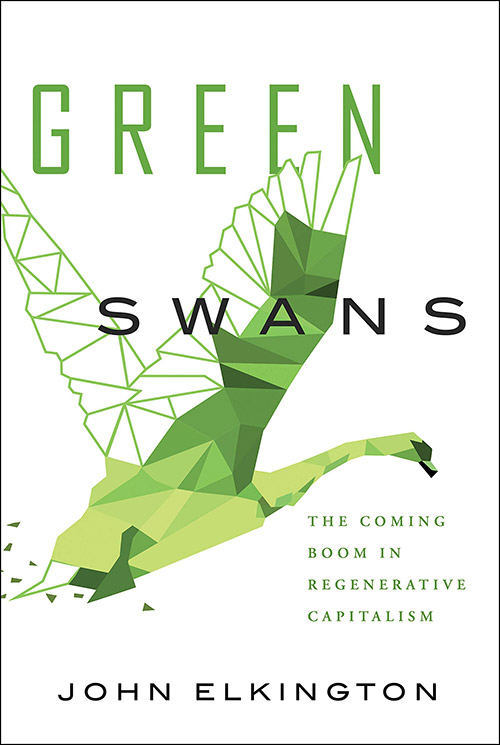 When Nassim Nicholas Taleb launched the Black Swan concept in 2007, on the threshold of the financial crash, he was very specific about what he meant. A Black Swan, he said, is an event that comes as an immense surprise, has a major impact and is often poorly understood and rationalized afterwards. He has argued that COVID-19 is not a Black Swan.

The increasing use — and misuse — of his term is not just driven by CEOs looking for new alibis, although some may be. Instead, increasingly exponential times raise the likelihood of Black Swan outcomes. As a result, some people now also talk of "Gray Swans," events that can have a massive impact, that are considered unlikely to happen — but that are still seen as possible.

Both the Vale and Alibaba usages, then, might be recast as Gray Swans: We should have seen them coming and acted sooner. On the upside, however, it turns out that Black Swans can create the conditions in which a different species of exponential outcome can become much more likely. In my 20th book, "Green Swans: The Coming Boom in Regenerative Capitalism," published by Fast Company Press, I continue riffing off the Black Swan idea, a process I began in GreenBiz last year.

So, what would Green Swan outcomes look like, and how might we best co-evolve them? The Green Swan is a symbol of radically better times to come. Getting from here to there will be no trivial task, however. Times of disruptive change upend market and political pecking orders, creating social and political shock waves that can last for decades, even generations.

Green Swans are profound market shifts and, as noted in my new book, are:

generally catalyzed by some combination of Black or Gray Swan challenges and changing paradigms, values, mind-sets, politics, policies, technologies, business models and other key factors. A Green Swan delivers exponential progress in the form of economic, social and environmental wealth creation. At worst, it achieves this outcome in two dimensions while holding the third steady. There may be a period of adjustment where one or more dimensions underperform, but the aim is an integrated breakthrough in all three dimensions.

Green Swans worthy of the name will include: the rapid electrification of our mobility and transportation systems; the exponential evolution of machine learning and AI designed to help manage our businesses, supply chains and economies in the evolving Anthropocene; and the emergence of new behaviors, including the growing appetite for plant-based diets.

While most Black Swans emerge unbidden, Green Swans must be worked on and invested in over extended timescales.

Happily, in a time likely to be plagued by a growing number of Black Swan challenges, a.k.a. "wicked" (and even "super-wicked") problems, our work suggests that Green Swan solutions often rise — phoenix-like — from the ashes of Black Swan disasters. But while most Black Swans emerge unbidden, Green Swans must be worked on and invested in over extended timescales.

In the economic domain, recent Green Swan breakthroughs have included the rapid spread of cell phone technology and the internet, linking us in new ways and massively boosting the prospects for self-education, and the staggering cost reductions for solar and wind power systems.

In the social domain, Green Swan trajectories have been followed by universal schooling in many countries, the evolution of vaccine technology (despite recent anti-vaccine rumors and propaganda) and the growth of social movements focusing on environmentalism, social enterprise and impact investment.

When it comes to the environment, there are such ecosystem restoration projects as the progressive recovery of the Iraqi marsh ecosystems destroyed by Saddam Hussein’s forces, and the progressive re-greening of China’s Loess Plateau, a cradle of early Chinese civilization.

All of these depend, at some point in the story, on political will and public investment. So, another striking example could be the European Union’s just-announced $1.09 trillion Green Deal, designed to deliver an integrated set of economic, social and environmental outcomes in the face of the gathering climate emergency.

Once again, a Black Swan (if ever there was one) hatching — or at least helping incubate — a green one.

Creating the necessary conditions and incentives for such innovation requires a radical expansion of the current responsibility frame in which most corporate "sustainability" efforts operate. We now need a much more systematic focus on ensuring our economic, social and environmental systems are resilient and — where necessary — regenerated. This is the largely untold story behind climate activist Christiana Figueres’ rallying call: "This is the decade — and we are the generation."

Editor's note: An excerpt from "Green Swans" can be found here.