Traffic. Everyone would like less of it, and there are dozens of apps and services dedicated to helping city planners with everything from rerouting transit services to adjusting tolls during rush hours.

Two startups in particular, Miovision Technologies and Urban Engines, are stepping on the accelerator with plans to put more of this information into the hands of city planners and commuters through broadly available cloud services.The former just scored another $24 million in venture financing to speed development, while the latter is publishing its mapping software so that cities and third-party developers can take advantage of its routing algorithms.

The companies are situated in a sprawling transportation technology market that now includes everything from Internet of Things (or Internet of Moving Things) businesses focused on leveraging connected vehicles and infrastructure to the rapidly-evolving "mobility on demand" space melding personal cars, public transit and newer services like ridesharing to increase the efficiency of trips from point A to point B.

Miovision’s new funding will be used to scale up pilot testing across the United States and Canada. Its technology, the Scout Video Collection Unit, collects information at busy intersections and sends the data to a cloud service where it helps municipal transportation agencies respond to changing conditions.

“This connectivity modernizes outdated, lingering tech from the ‘70s and provides the traffic engineers that operate lights the ability to respond to changing traffic patterns and unforeseen incidents in real time,” said Miovision CEO and co-founder Kurtis McBride. “We’re actually preparing to tackle our most ambitious development yet, which will connect over 600 intersections for a single municipal customer.”

Miovision, based in Kitchener, Ontario, was founded by three engineers associated with the University of Waterloo Research & Technology Park. So far, it has connected with more than 500 customers in 50 countries.

For a sense of the problem that Miovision is addressing, consider this statistic from the U.S. Department of Transportation: traffic congestion from 498 metropolitan areas results in 5.5 billion hours of travel each year, translating into 2.9 billion gallons of fuel being burned while cars, trucks and other vehicles are sitting bumper-to-bumper on roadways.

“Overall, if we were to optimize all intersections, it would have the same impact on traffic flow as completely removing 5-10 percent of vehicles from urban roads,” McBride estimated.

Urban Engines takes its software to the street

Since launching in May 2014, Urban Engines has spent the bulk of its time helping cities such as Sao Paolo, Singapore and Washington, D.C., improve methods of gathering near real-time insight into crowding, schedule days and other metrics associated with connected buses, trains and automobiles. It also connects information from electronic transit cards used by riders when entering public transportation systems.

“We’ve proven over the last few years that the combination of insights and incentives generated by Urban Engines can highlight congestion hotspots and shift supply and demand to make urban commutes better,” said co-founder and CEO Shiva Shivakumar, when the company launched. “We’re operating today in cities in three continents with millions of commuters making billions of trips per year — and were just getting started.”

An example of how Urban Engines might be used to change habits comes from Singapore, where 30 businesses including Shell and IBM have signed on as corporate partners to help encourage their employees to travel during non-peak commute hours, said Urban Engines co-founder and chief scientist Balaji Prabhakar.

Alternatively, a city might decide to shorten certain routes during the busiest times of the day in order to reduce over-crowding.

In early February, Urban Engines published a mobile app based on the routing information it is collecting in 10 cities in North America. The software uses the Los Altos, California-based company’s “space-time engine,” which helps people track transits and choose the best routes in a given moment. 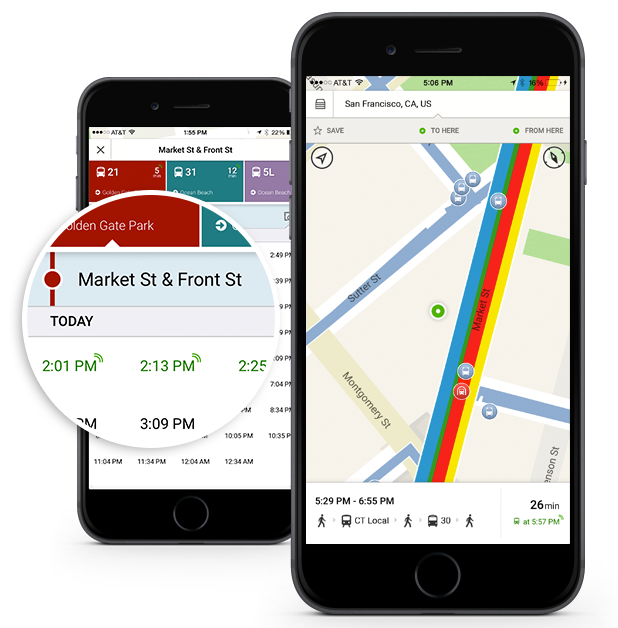 “Urban commuting is a two-sided problem. On the one side, there are those who are operating the systems, they need to see the bottlenecks. … On the other side are the commuters who need to see what is coming, and what is not,” Prabhakar said.

The software includes sophisticated offline features that enable commuters and planners to access mapping information (although not necessarily all the real-time metrics) even if they are in stations and other places with spotty wireless reception.

Why city transportation is on the brink of a revolution

The Internet of Moving Things: Where Big Data meets mobility

Advanced traffic management is the next big thing for smart cities