Despite a global financial meltdown tied to reckless risk-taking, I'm hearing a disturbing trend in advance of upcoming annual shareholder meetings: Most companies are still paying executives in ways that foster short-termism at the expense of long-term sustainability.

I recently spoke at a Financial Times conference in New York about how sustainability is a central corporate governance issue, but left there only partially encouraged. Major investors like John Wilson of TIAA-CREF and Brian Rice of the California State Teachers' Retirement System (CalSTRS) described the innovative ways they’ve made sustainability a part of their company engagement and proxy voting policies.

But these were the exceptions -- most companies are still not talking with investors and their boards about sustainability. I was also disillusioned when Merck’s director of corporate responsibility, Maggie Kohn, expressed concern that most investors are not using information in corporate sustainability reports.

Let’s be clear. Today’s global realities -- a changing climate, rapidly emerging economies, and the expected arrival of some two billion additional humans -- demand new business models. If we fail to address the serious risks facing companies now, we will not only face another financial-sector meltdown, we’ll encounter environmental and social upheaval on a scale never before seen.

So what to do? We all know that one of the fastest ways to get people’s attention is to bring pay into the equation. That’s why I think some of the most exciting news has to do with the innovative compensation schemes a few companies are using to weave sustainability into the fabric of their businesses.
What I like about three models -- in particular, those at Intel, National Grid, and Xcel Energy -- is that they show the path forward in different ways.

Intel has been pushed by investors for years to address issues of say-on-pay, the human right to water, and sustainability as part of a board’s fiduciary obligation. So it’s not surprising that Intel links employee compensation to sustainability results. What is surprising is that Intel is doing this for its entire workforce. Since 2008, every single employee’s annual bonus is calculated on the basis of the firm’s performance on measures like product energy efficiency, completion of renewable energy and clean energy projects, and the company’s reputation for environmental leadership. Last year, Intel added into the equation performance on reducing the company’s carbon footprint. This is a smart move that will empower employees up and down the organization to find reductions big and small.

National Grid’s compensation model shows how to embed sustainability practices into a company’s DNA. In talking with company president Tom King recently, I asked how he knows that sustainability is really being addressed across his company. His instant response was that it’s part of everyday conversation at National Grid, and that there are no executive meetings that don’t touch on environmental performance. Like Intel, National Grid has tied CEO and other executive compensation to performance on the company’s greenhouse gas (GHG) reduction goals. But what’s most interesting here is how aggressive those goals are: an 80 percent reduction by 2050, with 45 percent by 2020. That’s a lot of executive pay at stake -- and this from a major electric power utility.

Xcel Energy surprises on the disclosure side: As with National Grid, compensation for executive officers is tied to GHG reductions. But Xcel goes further by disclosing details of the targets and compensation in its proxy statements -- not just in sustainability reports. This is important for two reasons. First, such disclosure gets the key information directly to the people who need it most -- the investment community -- in the place they’re most likely to see it. Second, it demonstrates that Xcel sees sustainability as a core business issue.

The action by these three companies is only a start. We need to tie compensation to sustainability performance in every company and across every sector. And we need to be sure the incentives are delivering tangible performance improvements.

So my closing message is that all companies need to get on the ball. Today’s global realities demand action, and those companies that act now will be best positioned for the future.

This article originally appeared at Harvard Business Review. Mindy S. Lubber is president of Ceres, a coalition of investors, environmental groups and other public interest organizations working with companies to address sustainability challenges such as global climate change. 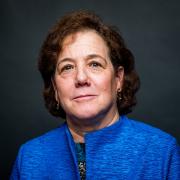 In the next round of stimulus aid, corporate America needs to stand up for climate science