When I went vegan 10 years ago, veggie burgers tasted more like vegetables than burgers, if I was even lucky enough to find one on the menu. Fast-forward to 2018 and a meat-free burger that bleeds like the real thing boasts investment from Tyson Foods and is available in the meat aisle of your local Kroger.

One Cooking Light editor said that if she were served a Beyond Burger at a barbecue, she might not even recognize it was meatless.

How did plant-based protein get here? While activists, filmmakers, celebrities and journalists long have touted the environmental, health and animal welfare benefits of plant-based eating, much of the recent rise in animal-free fare can be traced to an unlikely source: "Big Food," the multinational food and beverage industry that wields great power and influence through market concentration.

Once acquired by a Big Food company, small plant-based startups with products available only in select natural foods stores can gain access to the largest food distributors overnight, quickly catapulting their brand into thousands of grocers and restaurants.

For years, Big Food dabbled in offering meat, dairy and egg alternatives, but nothing that would trick a meat eater. In 1999, Kellogg purchased Morningstar Farms, and in 2000, Kraft followed suit and bought Boca Burger. Given that both food conglomerates had products in virtually every U.S. grocery store, they were able to quickly roll out their newly acquired vegetarian brands, making vegetarian burgers, patties, ribs and even corn dogs — albeit mediocre ones — much more convenient, practically overnight.

It would be 14 more years until Pinnacle Foods, makers of Hungry Man frozen TV dinners, would acquire Gardein, the Canada-based producer of meat-like "chicken" tenders and fish-less fillets. Since then, Big Food has gone from plant-shy to plant-strong, gobbling up or investing in startups that have poured millions into research and development to create meat, milk and eggs that are eerily (and deliciously) like the real thing, with no animals harmed.

Rabobank sees plant-based meat more as an opportunity than a challenge, stating that recent growth in plant-based and clean meat should serve as a wake-up call to the animal protein sector.

While some actors in the meat and dairy industries are diversifying their protein offerings, others are falling behind. Chuck Jolley, president of the Meat Industry Hall of Fame, said plant-based meat will be one of the "six greatest ag challenges for 2018." In a survey of meat industry professionals, "pressure to reduce meat consumption" had the biggest impact on the industry in 2016. But agriculture financier Rabobank sees plant-based meat more as an opportunity than a challenge, stating that recent growth in plant-based and clean meat should serve as a "wake-up call to the animal protein sector," and encourages the industry to invest in alternative proteins. The numbers speak for themselves.

According to Nielsen data from August 2016 to August 2017, plant-based milk sales grew 3.1 percent, while cow’s milk sales declined 5 percent. The plant-based food sector grew 8.1 percent compared to a decline of 0.2 percent of all foods sold in the same channel. Although plant-based meat has a long way to go to compete with animal-based meat, it's on track, growing 6 percent over the same period. From 2015 to 2016, meat production rose by only 1.6 percent, according to USDA data.

While 2018 has only just begun, it seems Big Food isn’t slowing down. Two days into the new year, TGI Fridays announced that the Beyond Burger soon would be available in all its 450 U.S. locations. The following day, Aldi and Sainsbury’s launched vegan product lines, and five days later, Tesco did the same.

As the plant-based protein sector continues to outpace animal protein, it’s poised to become not only a real player in the food industry but a profitable investment. Traditional food companies that haven’t begun to offer animal-free foods would be wise to turn over a new leaf in 2018 and resolve to go plant-based, like so many of their customers. 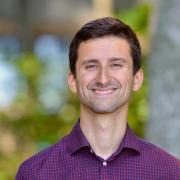 See all by Kenny Torrella