Former McKinsey consultant Justin Whitmore was on the job as the first chief sustainability officer of Tyson Foods just one month when he disclosed his team’s intention to set science-based targets for cutting greenhouse gas emissions and to embrace "outcome-based" water conservation goals across the company’s operations and supply chain.

It tapped World Resources Institute to assist with that process. "Sustainability is about thriving today and doing the right thing to thrive tomorrow," Whitmore said, announcing the partnership. "We’re collaborating with WRI on aggressive and attainable goals rooted in science. These will give us the opportunity to reduce our environmental impact over time so we can benefit now, and other generations will benefit in the future."

Last week, Tyson partially delivered on that promise with an ambitious commitment to trim North American emissions by 30 percent by 2030. The company also launched a new Innovation Lab in Chicago. Its first project: researching ways to reduce food waste by using meat scraps that are usually discarded in production as part of a new snack line, Yappah. 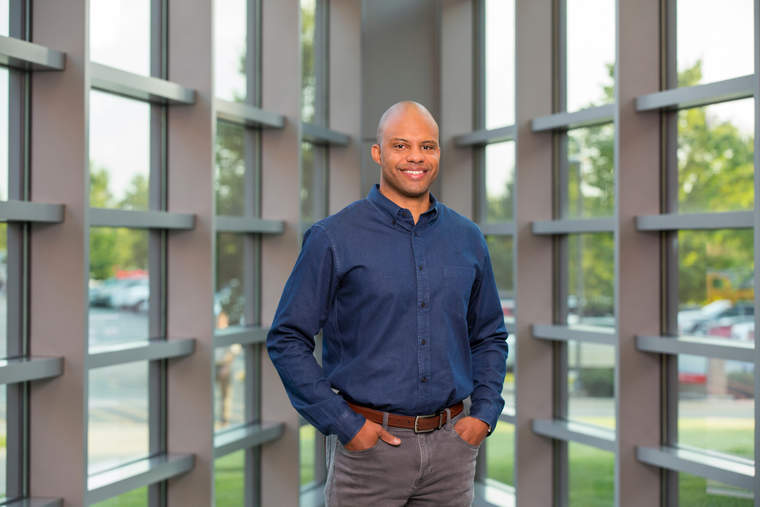 Tyson Foods
<p>Justin Whitmore is Tyson's first chief sustainability officer, reporting directly to the CEO.</p>
"Tyson Foods is transforming from a company with a strong heritage in chicken to a modern food company that is challenging the industry status quo," said Tom Hayes, president and CEO. "Consumers expect more from food companies, and we’re up for the challenge."

You can expect Hayes and other senior executives to talk much more openly about Tyson’s investments in corporate sustainability in the weeks and months to come, Whitmore suggested.

Hungry to do more

While Tyson long has reported annually on GHG emissions for its own operations as well on other measures, such as its efforts to decrease water consumption, Whitmore is pushing the company to be more ambitious.

Its new emissions reduction plan, developed in concert with WRI as part of the push for science-based approaches, calls for an absolute cut of 30 percent in emissions for Tyson’s Scope 1 and Scope 2 activities such as transportation related to product distribution, purchased electricity and energy consumed by processing facilities.

It also mandates a 30 percent cut in intensity for Scope 3 impacts. Examples of the latter include emissions from the fertilizer for feed corn, refrigeration processes and the energy used by independent farmers to raise the cattle, hogs, chicken and turkeys. Almost 90 percent of Tyson’s emissions are related to these activities, Whitmore estimated.

Officially speaking, science-based targets are measures that bring a company’s impact in line with the level of decarbonization that’s required to keep global temperature increases below 2 degrees Celsius.

Tyson has committed to getting its target officially approved by the Science-based Targets Initiative (a collaboration among CDP, U.N. Global Compact, WRI and Worldwide Fund for Nature), and that’s a necessary formality for the company to refer to it in those terms.

Consumers expect more from food companies, and we’re up for the challenge.

It hasn’t said much about how, exactly, it will get there. For example, Tyson hasn’t said much about investments in solar or wind (biogas accounts for a small percentage of its current mix) — either through on-site installations or virtual power purchase agreements. Its normalized energy consumption actually increased from fiscal year to 2015 to 2016 (the last reporting year available on its site), as did its total GHG emissions. So, it needs to get moving to deliver. "It is aspirational in nature and will require a huge degree of new thinking about how we bring food to the marketplace," Whitmore told GreenBiz during a briefing about the new plan.

Tyson’s water plans are still being formulated, but an update is expected soon. As with energy, its consumption and intensity actually increased during the latest reporting period, something that the company attributed to increased production.

"I think that context-based targets are critical because the implications of actions of our industry and others, depending on the situation of the watersheds around various regions, is meaningful," he said during an earlier interview with GreenBiz. "I think it's important to have broad company-wide targets because it sets a vision for what all of our business units need to do. But ultimately, programs that are at a local level — for example, the deployment of water reuse systems, the use of public lagoons as we manage effluent from our operations — we need to prioritize where that investment goes first, if I'm talking really tactically. And it's going to be based on the regions of need."

What’s more, the company is overhauling how it communicates progress to all stakeholders, including the consumers who buy its meat. That’s a big shift from the past. Reflecting that change, Tyson is planning an overhaul to its sustainability reporting process, likely starting in March. Rather than reporting every two years, there will be ongoing updates on the company’s website. "It is important that we bring the public in on the journey way more," he said.

An integral part of strategy

Tyson made a statement when it hired Whitmore, both by having its first CSO report directly to the CEO and appointing him as executive vice president of corporate strategy. He speaks daily with Hayes and regularly interacts with the company’s board. That means he’s also in charge of the venture fund, which has so far invested in two alternative protein companies (Beyond Meat and Memphis Meats) and smart steam-oven startup Tovala. Watch for more activity there: as of November, Tyson’s independent directors include Dean Banks, an executive with X, the "moonshoot" division of Google’s parent company Alphabet.

"The way it was set up — environment, animal well-being, corporate social responsibility and continuous improvement — means our industrial and processing engineers are all on the same team," Whitmore said. "So, I saw an opportunity to take strategy and actually deploy it in our operations because I felt like the structure, the infrastructure, the work was going to be right."

One of the biggest challenges any livestock or food processing organization faces is the need to balance animal welfare issues with safety and environmental priorities. Several years ago, Tyson was slower to act on certain practices, such as controversial sow gestation cages, than some competitors. Changing processes that have been place for years is difficult, but the company has declared its commitment to doing just that — and it has been much more vocal since Hayes took over as CEO in 2016. 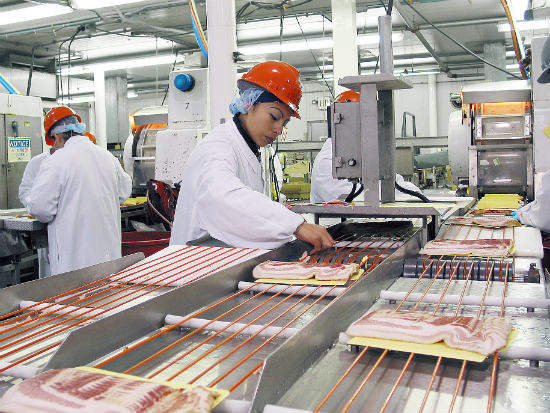 To that end, Whitmore is methodically visiting Tyson’s roughly 100 processing plants, livestock operations and facilities globally. Most of the company’s operation is spread across North American, with two plants in India and one in China. So far, Whitmore has showed up at more than 20 of them — an effort meant to get Tyson’s roughly 122,000 "team members" thinking about environmental sustainability every day.

"It's going from plant to plant, leader to leader, and explaining how this work is completely aligned with the work that they need to do every day to provide a great-tasting, safe product, high quality product to our consumers," he said. "And frankly, that work takes years. That's not a nice PowerPoint presentation or a phone call or someone doing an interview. That is years of work, which is why it's exciting we do have our environmental and continuous improvement teams in every plant today. The nice thing is that people on the ground are excited to change as long as they have a great vision and understand the purpose behind it."

This story was updated Feb. 27, 2018, to clarify that Tyson's GHG emissions reduction commitment has not yet been formally approved by the Science-Based Targets Initiative.

Why Tyson Food is investing in alternative proteins