In the Scandanavian nation of Finland, an experiment on the future of transportation is underway. Think of it as Netflix for transportation options and you start to get the picture.

Although Finnish residents currently only use public transportation about 15 percent of the time, the country's government is hoping to shake up citizens' reliance on personal cars by rolling out an all-in-one "mobility as a service" offering. The idea is that a central digital platform would aggregate carsharing, ridesharing, mass transit and other transportation options and allow users to pay for all of them in one place.

Listing ways to get from point A to point B might not sound all that different from Google Maps, but the key is certainty. That's according to Krista Huhtala-Jenks, who has the unconventional distinction of serving as the "senior officer for digitalization in transport and mobility as a service" for the Finland Ministry of Transport and Communications.

"For those single door-to-door trips — even if you handy way of finding all the different options, and even if you have a way to pay for it — that's not really enough for people to make the change of leaving their own cars," Huhtala-Jenks said Thursday at the VERGE 16 conference in Santa Clara, California. "You need to have a guarantee."

The role of personal cars in city planning is just one facet of a much more fundamental shift in how people and goods are moved from point to point. Self-driving cars (both small and super-sized) are another area being hotly pursued by a range of companies, coinciding with increased emphasis on growing the market for electric cars and alternative fuels.

These trends also don't just stand to affect consumers. Trucking and corporate fleets are seeing their own wave of innovation in biofuel powertrains, hybrid models and all-electric pilots.

"Transportation is not sustainable at any level," Huhtala-Jenks said. "We can make that market for mobility much bigger."

Exactly what the market for mobility services will look like in even a few years is anyone's guess.

One sector attracting a huge amount of attention is self-driving, or autonomous vehicles — and not just the compact Google prototypes rolling around Silicon Valley.

Otto is a San Francisco self-driving truck startup that positions its product as a potential game changer for moving cargo that is today transported by long-haul drivers. The company recently was acquired by Uber for a reported $680 million at a time when the ridesharing giant is pushing into more aggressive testing of autonomous vehicles.

"Per truck, there’s about eight time more CO2 emissions than a car," said Otto founder and CEO Anthony Levandowski. "I see it as an opportunity to have a much bigger impact in reducing emissions."

Although a fight with the likes of the Teamsters Union is already brewing on the horizon, Levandowski said he sees a scenario where "technology and truck drivers work together" for the foreseeable future. He declined to set a deadline for when human drivers no longer will be needed. 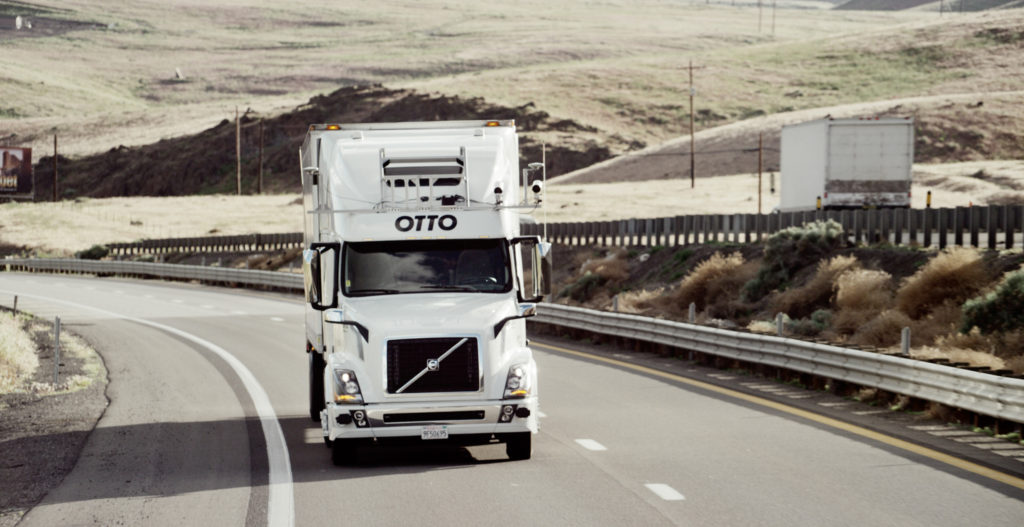 "The technology isn’t ready today and won’t be ready tomorrow," said the engineer and veteran of Google's self-driving car program. "We don’t know exactly when that will be."

The potential to optimize algorithms running self-driving cars for the most efficient routes is often cited as one selling point for the technology. Still, that leaves the not-so-small issue of powering the vehicles in the first place to sort out.

In terms of hardware hitting the market in the near term, consumer electric vehicles — long the domain of anxiety range, unaffordable luxury or aesthetically challenged design — already are changing significantly in both form and function. Tesla is readying a model rumored to priced at $35,000 before incentives, and the Chevy Bolt already offers a 238-mile range around the same price point.

"Electric vehicles are destined to be the cheapest vehicles," Naam said, explaining that EVs have far fewer manufacturing components than cars powered by internal combustion engines.

Also underway are pilots to test either hybrid or all-electric buses and corporate fleets, although range, downtime for charging and financing remain obstacles.

One potential bridge is the long-heralded field of alternative fuels. Biofuels, particularly those made from waste or other materials that don't double as food, are having a moment in aviation and some corners of the corporate trucking market.

Regulatory drivers such as stricter efficiency standards passed down by the California Air Resources Board are another factor generating momentum for petroleum alternatives during a period when electrification is not yet commonplace, he added.

At General Motors, higher octane fuel and high-compression engines are other near-term priorities.

"There's going to be a liquid fuel future, and that will continue for some time," said Mary Beth Stanek, director of vehicle technologies for GM's global public policy group.