With 194 countries breathing down her neck to find common ground on a climate change treaty, lead UN climate negotiator Christiana Figueres has more than enough on her plate here at the global warming talks in Cancun.

Unlike last year's theatrics in Copenhagen, with protests and political grandstanding, the UN's diminutive lead negotiator found herself talking this weekend about "leveraging value chains," jargon more applicable to companies and their supply chains than climate policy wonks and climate negotiators.

"Transform the sector in which you operate," Figueres implored 200 business leaders at the World Climate Summit, a company-oriented gathering a few miles up the coast from the cloistered negotiations.

And her words just might spur action. With climate action stalled in Cancun and Congress, companies are tackling thorny supply chain climate problems on their own. They are collaborating and open-sourcing with industry peers like never before, which is leading to quicker, cheaper and larger-scale solutions.

Recent breakthroughs in eliminating hydrofluorocarbon (HFCs), a potent greenhouse gas used in refrigeration, is generating buzz here, even at the nearby Moon Palace, where negotiators are giving strong consideration to an outright ban on HFCs.

Last week, the Consumer Goods Forum, a consortium of 400 global consumer goods manufacturers with combined revenues of nearly $3 trillion, pledged to phase out HFC refrigerants beginning in 2015 and replace them with natural refrigerants.

The agreement is significant; HFC emissions, a pollutant 1,000 times more potent than CO2, are slated to triple to 1.2 billion tons by 2015 from 0.4 billion tons in 2002 if action is not taken, according to a UN science panel. Studies project HFCs could account for as much as 19 percent of total GHG emissions by 2050.

"This is the first time that the entire sector has aligned around the importance of taking action to accelerate the move to climate-friendly refrigeration," said Muhtar Kent, chief executive of Coca-Cola and co-chair of the consumer forum.

The agreement caps a decade-long effort by Coca-Cola to eliminate HFCs, starting with its own supply chain of 10 million refrigeration units. It took the company eight years to replace its first 8,000 units and it now has 200,000 HFC-free units globally. The company hopes to be entirely HFC-free by 2015.

But the bigger story here is how Coca-Cola, Greenpeace and other stakeholders got the rest of the industry to join in this effort. By getting their peers onboard, scaling up this new technology will happen more quickly and cheaply.

"This is a big deal. It's a gigaton-scale commitment," said Coca-Cola's top sustainability director, Bryan Jacob, who had a key role in bringing the rest of his industry into the fold.

Other sectors are pursuing similar collaborations — a recent example being Nike's decision to allow other apparel makers to use its $6 million software tool for designing sustainable products. Nike is also spearheading the Green Xchange, a breakthrough concept that allows companies working on sustainability innovations to share their research and ideas.

After years of fighting for patents "until the cows came home," Nike's Hannah Jones says her company now sees bottom-line and environmental value in collaboration.

"The role of open innovation and sharing intellectual capital will be key (in solving climate change)," said Jones, Nike's VP of sustainable business and innovation, speaking in Cancun. "Let's share R&D and get it to scale faster."

Refreshing ideas, to be sure. Let's hope there is similar energy behind the closed doors at the Moon Palace. 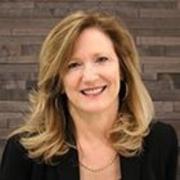 See all by Anne Kelly