To support cities in climate sustainability, the Cities and Climate Change Initiative (CCCI) from U.N. Habitat collaborated with other agencies to develop the report "Guiding Principles for City Climate Action Planning." The initiative announced these principles at COP21 on Dec. 4, 2015.

For cities, climate has to be addressed hand-in-hand with other topics such as energy use and economic development. Therefore, the report recommends evidence-based cross-sector collaboration at an unprecedented level. It also advises cities to combine planning for mitigation and adaptation.

"Conventional urban planning practices are not up to the task," Andrew Steer, president and CEO of World Resource Institute (WRI), said in the report.

"There are a lot of guidelines out there, but no overarching high-level guiding principle to help decide which guidelines to refer to," said one of the co-authors, Wee Kean Fong, senior associate at the Greenhouse Gas Protocol, Climate and Energy Program at WRI, in an interview.

The principles bring together a high-level community of practice based on international evidence and lessons learned.

The heart of the challenge

According to the United Nations Human Settlements Programme (U.N. Habitat), today’s cities account for 78 percent of the world’s energy consumption and 60 percent of all carbon emissions. However, they cover less than 2 percent of Earth’s surface.

"Cities are at the heart of this discussion and have very broad mandates concerning climate change," said William Cobbett, director of Cities Alliance, during the Cities Take Climate Action talk at COP21. "Climate action requires cities to do their core business properly."

Cities can identify opportunities for innovation and efficiency to diminish the causes of climate change.

Cities can identify opportunities for innovation and efficiency to diminish the causes of climate change. To accomplish this goal, climate action planning is crucial. However, planning can become complex for several reasons.

In most cases, climate change actions take place on a local city or governmental level. This requires an integrated approach where national and local levels work together. However, such collaborative efforts are still lacking.

"This makes this problem so interesting and challenging," said Luiz de Mello, deputy director of Directorate for Public Governance and Territorial Development at Organisation for Economic Co-operation and Development, at a COP21 event.

"There are two actions that need to happen simultaneously: adaptation and mitigation," Fong said. "This is quite different from the traditional geospatial planning approach used for urban development planning."

"For a city, looking at adaptation and mitigation together allows it to develop a more comprehensive approach to climate change," Fong said. "It also creates openness, new integrative approaches and innovative solutions for sustainable cities."

Traditionally, cities look at one sector at a time when finding mitigation solutions, Fong said. However, looking at only one topic such as waste or energy neglects considering other related features.

"Cities are faced with many different aspects that are related to each other in a small demographic area," Fong said. "The idea is to encourage the cities to look into climate issues in a more coherent and integrated way."

For example, decision makers should view land-use planning in relation to how it affects energy use and building design.

Cities are faced with many different aspects that are related to each other in a small demographic area.

This cross-sectoral thinking is not only important for individual city climate action plans. It is also a valuable peer learning experience for different cities addressing similar challenges.

"Every city has a different entry point for the climate action plan," Fong said. "It is not only the topic of climate itself. For example, the entry point can also be the link to the city’s economy."

The principles highlight the importance of having an inclusive approach that engages multiple agencies, community stakeholders and economic actors.

According to the report, "Climate change is a relatively new challenge for many cities, and thus is one that involves ongoing learning."

To achieve successful collaboration, it is crucial to identify co-benefits and synergies with the involved stakeholders early in the process.

For example, the local government can involve citizens in the design process about choosing which energy choices to promote. This can result in important co-benefits on a community level, especially for low-to-moderate-income neighborhoods.

Collaboration between stakeholders can also help generate access to additional resources such as climate-specific finance.

Another key issue in developing relevant city climate action plans is the importance of getting the right data.

Fong said he supports setting clear priorities and using evidence-based planning. "This means planning should be based on measurable data that can be monitored in a quantitative way."

Planning is an important first step, but it is just the beginning.

"The plan informs cities about clear actions to take to reach their targets," Fong said.

After planning, actions on all levels need to leverage the vision of making urban living spaces safe and sustainable. This way, climate change adaptation and mitigation can have the maximum positive impact for the long-term wellbeing of each city and the global community. 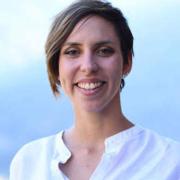 See all by Michèle Zollinger