Anyone looking to accelerate the construction of green, healthy buildings is up against considerable challenges. The building and construction industry is one of the least efficient in the world, thanks in part to the lack of global standards and codes. USGBC is aiming to change that, and the person leading the charge is Mahesh Ramanujan. He came on board as president and CEO of USGBC in November, with unfettered passion for green building.

In addition to driving the green building movement onto a global platform, Ramanujan intends to place an increased emphasis on health and wellness in the workplace. He’s using Silicon Valley as a launching point, following in the footsteps of innovation leaders such as Amazon.

Meanwhile, Washington, D.C., became the first city in the world to receive LEED for Cities Platinum, the highest certification given by USGBC. This is thanks in part to Mayor Muriel Bowser launching Sustainable DC 2.0, which incorporates innovative technologies that monitor the district’s progress. Ramanujam noted that D.C. is "setting the bar for smart cities all around the world by leveraging technology and data to achieve sustainability and resiliency goals, creating healthy and safe communities where citizens can thrive."

We're even growing a new generation of climate leaders, thanks to a partnership with the Construction Industry Workforce Initiative.

Ramanujam recently played host to the annual GreenerBuilder conference in the San Francisco Bay Area, and is preparing for Greenbuild China, where USGBC has announced the Top 10 Provinces and Municipalities for LEED. We caught up with him recently to discuss his strides toward global expansion and vision to benefit humanity, as well as the challenges presented by the current political climate.

Jasmine France: What’s your vision for USGBC benefiting humanity and how will you get there?

Mahesh Ramanujam: USGBC is recognized globally for market transformation, and GBCI is the leader of speed to market transformation. Together, they’re creating unstoppable momentum in the marketplace, covering nearly every sector of the sustainability industry. USGBC and GBCI will redefine performance and offer real tools to benchmark, measure and manage ROI.

Over the next four years, USGBC’s primary focus will be to:

France: What’s your vision for USGBC to expand globally?

Ramanujam: Two years ago, we put together a study to try to quantify the economic impact of green building progress. According to our findings, LEED certification accounts for nearly 40 percent of green construction’s contribution to the U.S. economy. By 2018, LEED directly will contribute nearly $30 billion to the U.S. GDP. And green construction as a whole will account for 1.1 million jobs and more than $75 billion in wages. And that’s just the American economy. This kind of growth is happening all around the world. And the growth isn’t linear — it’s exponential.

USGBC also has focused on developing critical partnerships aimed at expanding certification resources abroad, localizing customer service in several countries, and localizing LEED offerings. Strategic partnerships with groups such as the International Finance Corporation, Delhi Metro in India and the Bureau Veritas in China will help USGBC continue on this trajectory. In 2013, USGBC partnered with Informa, which has enabled us to bring the Greenbuild International Conference & Expo to Latin America and Europe. Greenbuild also will take place in India and China in 2017.

France: How is USGBC responding to the evolving political climate in the U.S.?

Ramanujam: We’ve made so much progress over the last 20 years. But we all know what we’re up against when it comes to climate change: an environmental, economic, and — most importantly — humanitarian catastrophe in the making. And even as we race the clock, we know that our momentum is not inevitable. We know that changes in the political trade winds easily can throw us off course.

President Donald Trump has announced that the United States will exit the Paris accords. Washington’s commitment to the transformation in American energy policy is wavering. And America’s status as a global leader on these issues is in question. But this is no reason to feel discouraged or to shrink from the moment. This is a time for each of us to stop looking around for leadership and start providing it ourselves.

We are also shifting our focus at USGBC from buildings to communities and cities.

That’s the power of our movement. Yes, we want political leaders to set ambitious goals and promote the right policies to achieve those goals. But we can’t wait for Washington to provide that leadership — and we don’t have to. Business owners and employees, homeowners and renters, local officials and community activists have a voice.

France: Do you see California as leading the charge in green building? How so?

Ramanujam: Yes, absolutely. California is a defining leader, not just in the U.S., but globally. You’re seeing this leadership in California that is setting the example for emerging markets around the world — China, Brazil, India and more. Through the Building Health Initiative, some of the world’s great companies are bringing together their market leverage, their design expertise and their commitment to changing the landscape for healthy buildings. Already, their work is bearing fruit. And with these business leaders working together, I expect we’ll see many more success stories in the months and years to come.

SFO (San Francisco International Airport) has set its sights on a zero-net-energy, carbon-neutral, zero-waste-to-landfill future. Local policymakers are doing their part, too, LEED is working to incorporate California’s water regulations that can address drought challenges and energy regulations that consistently have been more stringent than ASHRAE 90.1.

We’re even growing a new generation of climate leaders, thanks to a partnership with the Construction Industry Workforce Initiative that helps low-income students and students of color pursue careers in sustainable design and construction.

France: Speaking of California, we know technology is at the heart of your strategy to expand and improve the green building movement. How are you using tech right now?

Ramanujam: In December, we announced our greatest step forward with the launch of Arc, a state-of-the-art digital platform that empowers people all over the world to connect and collaborate. Arc calculates a performance score, on a scale of zero to 100, for any project across five categories: energy; water; waste; transportation; and human experience. Project owners then can use this score to monitor performance and benchmark their projects against each other. The concept here is simple: It’s human psychology. Compare and compete. Every building can use Arc. You can use it to get LEED certified. Or you can simply use it to track incremental improvements.

And the beauty of Arc is that it’s allowing us to move beyond buildings. Recently, we released two new certification programs, LEED for Cities and LEED for Communities, both of which will also be hosted on the Arc platform, allowing policy-makers and planners the same tools we offer to building owners and developers.

Down the road, Arc will evolve to include other green building rating systems, standards and protocols, further increasing its reach into the marketplace and allowing even more people to benefit from the data we’ve collected.

Data, of course, is the new natural resource.

Arc isn’t just a website. It’s a platform that connects leaders from every corner of society to come together and share ideas. It’s the foundation for the next era of green building. And it’s a critical piece of the puzzle as we work to meet the challenge of this moment. And it is our platform for engaging the occupants, employees, residents to live, learn, work in a building.

France: Tell us a bit more about how you view the intersection of tech and green building.

Ramanujam: Data, of course, is the new natural resource and we have collected and continue to collect a tremendous amount of data. To unlock its value for the market, we founded Arc Skoru, which will operate under the GBCI umbrella.

Arc will manage and grow our digital, analytics, data and mobility businesses, and will later develop and include artificial intelligence and mission learning capabilities.

France: Data and transparency are hot button items in nearly every industry these days. How are sustainability efforts using these tools? How is the Arc performance platform playing a part?

We are using Arc as a tool to ensure green buildings are prioritizing data and transparency.

We are also shifting our focus at USGBC from buildings to communities and cities. In support of this, we recently released two new pilot certification programs, LEED for Cities and LEED for Communities, which will be hosted on the Arc platform. These offerings will support continuous progress toward better communities and cities and a higher quality of life. Arc also eventually will include other green building rating systems, standards, protocols and guidelines into the platform, allowing these projects to use Arc for their buildings and spaces to compare performance metrics and connect those metrics to green building strategies.

Today, more than ever before, the green building movement relies on technology and data, and the future of green buildings and the next evolution of the marketplace will be focused on performance. Arc represents a new era for green building.

GB: What do you see for the future of the green building movement?

Ramanujam: We’re living in a time when more and more business leaders don’t just want to do well — they want to do good. Often, that’s presented as a choice: You can be socially responsible, or economically profitable. You can focus on delivering value for your shareholders, or adding value to society. But LEED is proving that it doesn’t have to be a zero-sum game. Over a three-year period beginning in 2015, LEED certified buildings in the United States will realize more than $2 billion in energy, water, waste and maintenance savings.

Over the next 10 years, we’ll see more beautiful buildings like Salesforce Tower, and more exciting economic numbers to prove the value of our work. LEED represents 40-percent of green construction’s contribution to the U.S. economy — over the next 10 years, I want that to rise to 60 percent.

GB: Finally, what inspires your passion for green building?

Ramanujam: I think my passion for sustainability is a reflection of the culture in which I was raised. Growing up in India, we had to do more with less and I saw firsthand that communities can be transformed through meaningful investments and true sustainability.

USGBC was established to make a difference — it is not just a job for me, it is a commitment to make the world a better place and influence others to do better. I will continue to foster that mindset as we enter a new era by drawing from my background and implementing technologies and strategies that will continue to revolutionize the built environment by providing everyone with a healthy, green and high performing place — whether it’s at home, in the workplace, at school, or in their everyday activities. 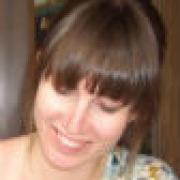 See all by Jasmine France