In this wide-ranging interview with Bonnie Nixon Gardiner, Deborah Grove explores how HP has made greening its supply chain work toward its overall sustainability goals, and how other IT companies can benefit from the same practices.

Usually I confine my comments about Green IT to the energy efficiency measures for data centers, as well as the IT reach within an organization out to the laptops. But today I'm diverging from my usual topic of interest to discuss what I learned from a recent meeting with Bonnie Nixon Gardiner, HP's Program Manager for Supply Chain Social and Environmental Responsibility.

I first met Bonnie briefly at the Sustainability and Supply Chain Management Conference at Stanford earlier this year, where she was introduced to me as the woman who made possible the Electronic Industry Code of Conduct (EICC). This groundbreaking new coalition is working to bring transparency to the electronics manufacturing process in Asia by making public and accountable every transaction, supplier and parter in the supply chain.

AMRResearch published an excellent comprehensive case study in May 2006 titled, "The Value of Green that paints a very clear picture of how HP's vendors are contributing to the company's overall sustainability, and how other companies can apply these lessons to their own operations.

Gardiner's position requires extensive travel to Asia, where she works to ascertain that partners and monitoring groups are truly ensuring that the EICC process is adhering to the industry's intent. She also travels to Europe to build an infrastructure for European electronics companies that taps into the American supplier's networks of sustainability monitors. For HP, the program is an opportunity to build a focused effort on sustainability issues with suppliers in Central Europe.

Another mandate of Gardiner's job is to ensure the well being of all the people who work in HP's supply chain. Green IT in America, for the most part, has yet to add the "people" dimension that is so important in a global economy -- and Europe has raised the bar for American companies by firmly including their employees as key elements of any sustainability practices.

Gardiner has a long history in environmental mediation and working with disenfranchised communities on major infrastructure projects. HP launched its Design for Environment project in 1992, and Gardiner first took on this job in 1997, first as a contractor and then as an employee in 2003. HP's program includes energy efficiency, bulk pack development, design for recycling and for disassembly, as well as reduction in parts, product size and product weight.

Once the company decided to audit its own suppliers on their safety record with hazardous chemicals, their handling of recycled and re-engineered appliances, their human rights and employee benefits programs, they needed partners who would agree to the same or similar terms of reference, so that their own suppliers would not be audited repeatedly for the same kind of information.

Because HP has a longer tradition of focusing on sustainability than many electronics companies, including a Supplier Code of Conduct, HP was in a position to help create an original group of EICC members that included IBM, Dell, Sanmina, Solectron, Flextronics, Jabil and Celestica. Intel, Microsoft, Cisco and Sony joined soon after. Today, more than 30 of the largest IT companies in the world have joined the EICC.

Within three years HP visited more than 175 suppliers. Within the first year, HP's 50 top suppliers (representing 85%) had been audited. "Less policing, and more cooperation" is Gardiner's collaboration style, offering to educate suppliers on best practices learned throughout HP's global activities. Only a handful companies have been terminated over the years because they did not want to or could not submit to the audit process and pass.

I asked Gardiner whether she regards the EICC a leader among other industries, (clothing, agriculture, mining and oil), in terms of a cohesive, collaborative auditing system among competitive global companies. She responded that the EICC has succeeded where similar initiatives in other sectors have stalled in large part because EICC focused on collaborative problem-solving.

"Often, [other initiatives] failed on nuances, but we started with the 80/20 or 90/10 rule, and moved forward where we could," Gardiner told me. "We knew we would not agree on everything, but we decided to focus on our agreements." She added that this focus set the stage for success, and that it didn't hurt that, unlike many other industry sectors, the electronics industry has managed to develop just one initiative -- the EICC -- rather than a host of competing initiatives. "Not having multiple versions of questionnaires, audits, validated auditors and reporting requirements have helped us realize efficiencies among our common supply chain," she said.

Where does the IT industry still need to improve on bringing the very best practices to computer appliances and software to market? Gardiner said that although significant progress has been made, there's plenty of room for improvement, notably the life cycle of the products and product transportation.

"Eighty-five percent of the gold mined is still in use. Can we eventually achieve a similar percentage with other metals currently necessary to manufacture computer appliances?" Gardiner told me. "Similarly, when we reduce the bulk packaging and weight of a device, we can squeeze more of the same products on a single transport palate by multiples. This is good for the whole supply chain. It is a win from a cost perspective; it is a win for the environment and it makes good business sense."

There are additional problems that IT brings to developing countries, Gardiner added, including the widely varying health and environmental safety regulations in place in those countries.

"As we move into these emerging economies, we recognize that some of the standards with respect to health, safety, environmental protection, working conditions and ethical practices we take for granted in the west are not enforced to the same extent," she said. "What this means is that we have to work harder to execute on our corporate good citizenship goals."

Domestically, the U.S. has relied primarily on voluntary programs to achieve the environmental gains made so far, compared to the European model of regulation; Gardiner believes the best solution is a balance of both.

"HP is a proponent of well conceived, intelligent and fair regulation and legislation," she said. "It solves the problems of fragmentation and inequitable treatment across a country or region.Sometimes you can't motivate companies without legislation. When it comes to leveling the playing field, regulation is the best response we know."

She cited as one example the European goal of reaching lead-free products by. Because electronics manufacturers sell essentially the same product around the globe, the European standards have successfully raised the standard for products sold in an increasingly complex global economy.

But that kind of result is not always the case, Gardiner says. "Too frequently we find that legislation is ad hoc and not well conceived. We have to ask ourselves if the alternative substances or replacement materials are eventually going to be better or worse and in many cases the science is simply not there. In America, we poured fuel additives into our gasoline resulting in a product (MBTE) that eventually contaminated our groundwater basins."

When it comes to electronics' effects on human rights, Gardiner doesn't see as big a risk from "software sweatshops" as opposed to minimum wage-level jobs.

"Often, programmers are highly paid in contrast to their peers in emerging economies because they are nominally better educated than the "average" worker.... [But] exploitation can and will occur everywhere, as responsible global citizens our job is to proactively monitor and build capability into the systems to help prevent inequitable and unfair treatment of any individuals."

A simple summation of the situation can be found in the AMR research report, which writes, "The global footprint of a product is a measure of its total cost, not just its eco-friendliness." The programs that Gardiner has helped create at HP have been conceived and implemented to address and improve the triple bottom line.

"Out of 165,000 employees worldwide, 30,000 work and live in India. So we ensure that our cost of doing business reflects both our values in Silicon Valley as well as the reality of economics in the world," she said. For call centers, for waste management, for production, the safety standards have been developed, but the rapid growth in companies and local governments often cannot keep up with or are too under-funded to create an infrastructure to check up on those standards.

"It is unrealistic to assume that the local economies can foot the entire bill for the infrastructure development that supports this phenomenal recent growth," Gardiner believes. "We, the manufacturers, need to participate in a solution that shares responsibility. Ultimately, we need to figure out how to make competitive products with all those embedded costs as well."

Deborah Grove is an IT sustainability consultant at Grove Associates. She maintains a blog at GrovesGreenIT.typepad.com.

More information about HP's supply chain sustainability program is online at HP.com/hpinfo/globalcitizenship and review their progress at HP.com/go/report 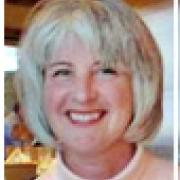 Four Things That Should Be On Your Green IT Punchlist

See all by Deborah Grove