Unilever is routinely recognized as an innovator in sustainable business practices. One place where this has had a clear impact on the bottom line is across its manufacturing operations.

Not only has the company methodically cut more than 1 million tons of carbon dioxide (CO2) emissions since 2008, it has saved more than $395 million through measures such as harvesting rainwater, using more efficient heating and energy generation and squeezing out waste.

The latest demonstration of its leadership in this area comes from Konya, Turkey, where Unilever has invested about $127 million in what could be the first ice cream factory in the world to earn LEED green building certification. 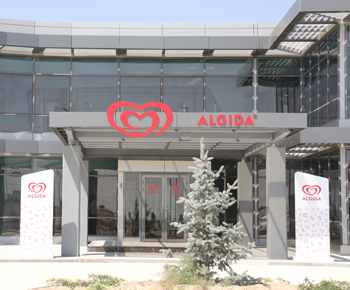 Responsible for products from the Cornetto, Max and Twister brands, the site initially will employ about 300 people and produce up to 21 million gallons of ice cream annually.

"We decided that Konya was the most suitable place for our investment for a number of reasons, such as access to raw materials, good infrastructure and logistics, the availability of qualified works and lower earthquake risks, as well as the good support of Konya's local administration," said Pier Luigi Sigismondi, Unilever's chief supply chain officer.

The Turkish facility features several state-of-the-art systems that will be emulated around the world, said John Maguire, Unilever's global sustainability manager for manufacturing. It took about 69 weeks to plan and build out the new site.

"I've set some tough, challenging targets," Maguire said. "Some of them we knew how to achieve, but there are a whole lot of other things that we're trying to do here that we haven't done before. I see technology as a key factor in helping us achieve our aims." 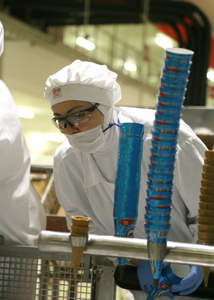 Generally speaking, Maguire's team strives to make each new factory at least 50 percent more efficient and sustainable than the average for its other facilities in the same category. But each location offers unique opportunities and challenges.

"Biomass might work in one place, but you can't do it elsewhere. Combined heat and power is another great technology, but in some places you can't use the heat generated from the engine," he said.

With that in mind, here are three design considerations that Unilever used to shape the new factory:

Combined heat and power scenarios: One of the most effective ways to save energy across an entire facility is to consider all of the heating and cooling systems holistically, looking for ways that the heat generated by one might help balance the need for other technologies throughout the entire environment. For example, the heat from air compressors – notorious energy consumers – could be used to heat up the water for production processes.

Rainwater harvesting systems: This has become a standard consideration for Unilever, although the design varies dramatically depending on the water scarcity of the region in which a new facility is being located. Generally speaking, one of the most important things to do is to make sure there are multiple capture areas for the biggest impact.

Processes for minimizing waste: To meet its goal of "zero non-hazardous-waste-to-landfill" status, Unilever takes steps to minimize what is considered waste in the first place. This means carefully segregating any waste that is produced and design the facility to accommodate this, so that the company can look for ways to reuse it, recycle it or sell it to someone that considers it to be an asset.

While some of these systems initially might cost more from a capital investment point of view, it is often possible to make up that cost within eight or nine months in operational savings, Maguire said. And everything that the organization discovers during each new construction project is carefully documented for the entire manufacturing operation.

"We are always learning lessons," he said, "from the last factory."