Unilever teams with big banks on blockchain for supply chain

Over the summer, more than a dozen food companies and retailers — including Walmart, Nestle and Tyson Foods, and motivated by tech giant IBM — formed a consortium dedicated to using blockchain technology to gather better information on the origin and state of food.

Scant details have emerged about their intentions, but that hasn't stopped one company, Unilever, from moving forward with a year-long pilot project that will use blockchain to manage transactions within its tea supply chain.

The new taskforce, announced at a sustainability conference this week in Paris, will see Unilever, the big British supermarket chain Sainsbury and packaging company Sappi team up with three global financial services companies: BNP Paribas; Barclays; and Standard Chartered. Together with several technology startups, the group will develop a system that will track and verify contracts for farmers in Malawi that supply tea to Unilever and Sainsbury.

This is a potentially huge deal for the impoverished African country: After tobacco, tea is Malawi's second biggest agricultural export. The United Kingdom is hands-down the biggest customer for that supply.

According to the group, the initiative could reach up to 10,000 farmers. The idea is to provide preferential pricing for those who are focused on sustainable farming methods designed to increase harvests without using more land. That's where the banks come in: They're interested in helping finance farms that have committed to these practices, but it has been difficult to validate which ones truly are following through.

This technology has the real potential to help banks access more detailed and more reliable information about social and environmental impacts ... throughout the entire supply chain.

"This technology has the real potential to help banks access more detailed and more reliable information about social and environmental impacts in a secure way, throughout the entire supply chain," said Marguerite Burghardt, head of the Trade Finance Competence Center for BNP Paribas, in a statement. "This will benefit the entire supply chain ecosystem, enabling financial institutions to broaden the scope of their financing offers and to propose financial incentives to their customer clients, based on their environmental and social standards." 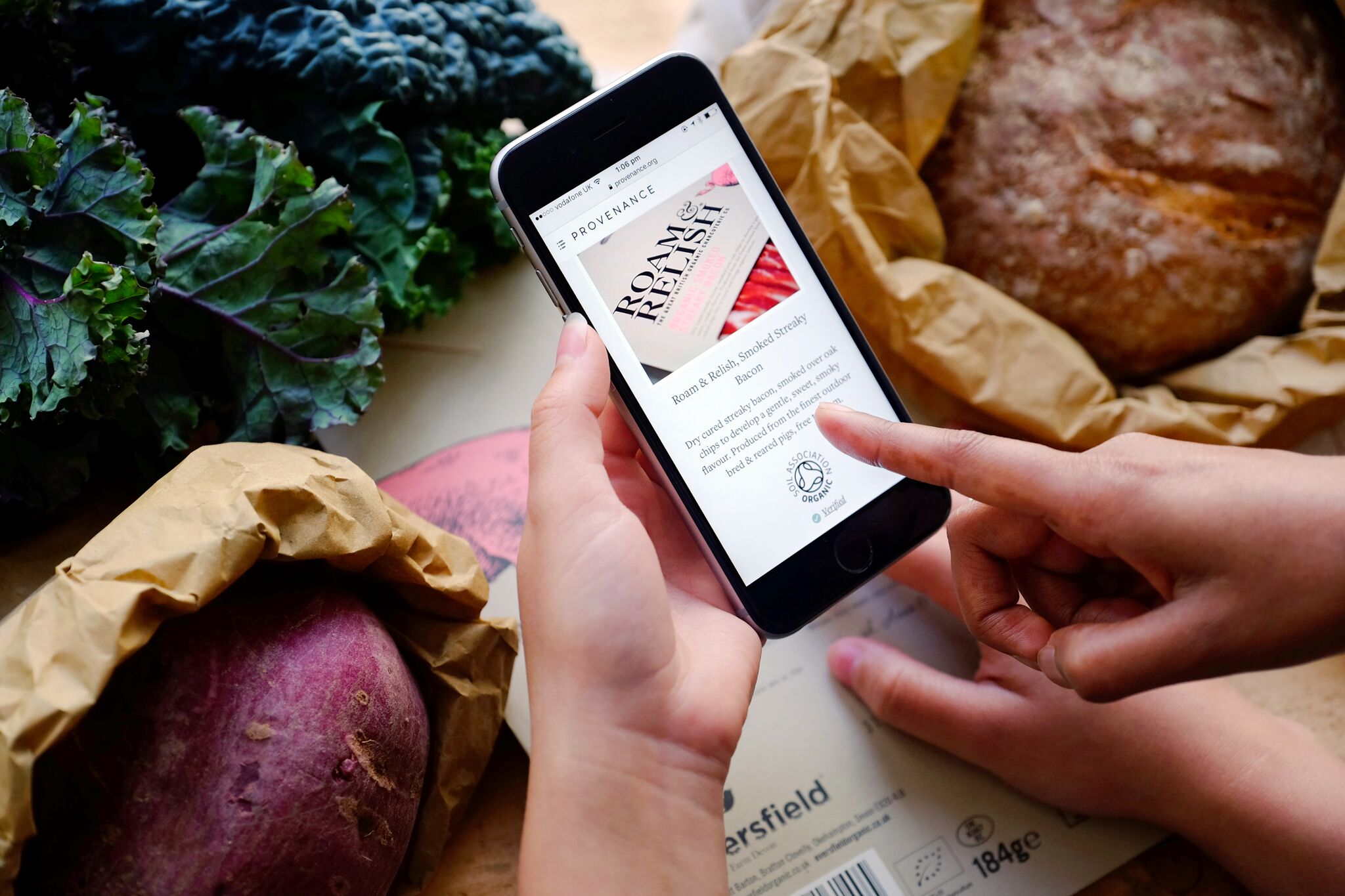 The blockchain is the underlying ledger system in digital currencies such as bitcoin, but it can be used to manage and append information related to all manner of transactions or contracts. Many large financial services firms are committing millions of dollars in research and development to explore and test potential applications, but the technology is also capturing attention in sustainability circles.

For one thing, many experts believe it could play an integral role as an enabler of peer-to-peer trading of electricity across microgrids, as a mechanism for managing renewable energy investments and myriad other applications that point to a decentralized power grid. Just as important: The blockchain is seen as another means of helping improve supply chain transparency.

That's the focus of the year-long project being driven out of the United Kingdom, backed with about $700,000 in private and public funding, including the U.K.'s Department for International Development. The application will track two main things: the origins of some tea supplies used by Unilever (its brands include Lipton and Brooke Bond) and Sainsbury (which recently debuted a "Fairly Traded" label); and the sustainable wood fibers in certain Sappi packaging used for the products.

One of Unilever's goals is to source all of its raw agricultural products sustainably; as of May 2016, it had reached about 60 percent.

"This innovative new technology will help us increase sustainable sourcing, enhance the livelihoods of the smallholder farmers we work with around the world, and help to make sustainable agriculture mainstream," said Keith Weed, chief marketing officer and head of sustainable business for Unilever, in a statement.

The system relies on technology from four startups: FOCAFET Foundation, which provides open source product identifier data; Halotrade, working on ways to use blockchain to offer incentives for ethical sourcing; Landmapp, developing a mobile app for land rights documentation; and Provenance, piloting ways of using blockchain for verifying the origin of materials and products across supply chains.

Jessi Baker, founder of London-based Provenance, told GreenBiz that one goal of the pilot project is to study ways that organizations and banks can help scale the Sustainable Development Goals more systematically by better accommodating emerging new financial models, such as mobile banking, that are bubbling up in emerging economies. The project itself had its origins in some research within the University of Cambridge Institute for Sustainability Leadership.

"We're exploring how banks, plus corporates, plus startups can help attack the SDGs, and that segued into the beginnings of work we've done with Sainsbury's and Unilever to form a much bigger project which is connecting provenance and trade finance, which is potentially a huge lever to supply chains become more transparent and sustainable," Baker said.

While tea crops are the first focus — Unilever and Sainsbury's share some of the same supply chain —  the hope is to expand the test into other areas during the second half of the year-long pilot, she said.

Manuel Gonzalez, North America head of startup innovation at Rabobank, described blockchain as potentially the dramatic development for food supply-chain transparency since double-entry accounting. Provenance is part of the second cohort for the bank's Terra accelerator program, which teams big companies such as Nestle and BASF with entrepreneurs to help them test their ideas "at scale."

Gonzalez is closely watching these two other blockchain companies:

Arc-Net: Based in Belfast, Ireland, the company was founded in 2014. One of its missions is to incorporate DNA data as part of the chain of custody. One of its latest customers is a craft beer company in Ireland, which will use the system to share ingredients information with beer drinkers.

Ripe.io: San Francisco-based Ripe Technology is developing a system that combines sensors, the internet of things and blockchain to collect data about food quality, safety and origin. It's testing its system with local farmers in places such as Peterborough, New Hampshire, where the technology is capturing information about tomatoes. The company's partners in this effort at The Cornucopia Project and Analog Devices.