Unleashing the power of landowners to protect forests

After years of incentivizing timber production, how could policy encourage landowners to think more sustainably?

Last month, I traveled to D.C. to speak at the Innovation Forum on Deforestation in Washington. This event provides a unique forum for large corporations and conservation organizations to engage in dialogue about opportunities and challenges related to improving forest conservation outcomes around the world.

The conversation kept returning to what seemed to be universally and unquestionably accepted as a central challenge in achieving large-scale improvements in conservation outcomes: influencing the forest management practices of private landowners.

This conversation seemed, in some ways, mind-boggling given that existing markets, when combined with favorable government policies, have been influencing landowner forest practices on a very large scale for decades. This is especially evident in the Southeastern U.S., the world’s largest wood producing region, where nearly 90 percent of the land is privately owned.

For example, from 1960 to 1999 cost-share programs, in which the government subsidizes the purchase of seedlings for tree planting, cost taxpayers $270 million. More recently, from 2002 to 2007, the Farm Bill authorized $100 million for the Forestland Enhancement Program, which provided technical, education and cost-share assistance to landowners who manage forests for timber production.

In North Carolina alone, the Present-Use Valuation Property Program, which provides tax breaks for landowners whose primary objective is to manage forests for commercial timber production, costs the state about $200 million in lost revenue each year. South Carolina’s forestry service cost-shares 40-90 percent of replanting on private lands that have been clearcut.

There are countless other tax incentives and programs at the state and federal level designed to ensure landowners have adequate financial incentives, as well as technical and professional resources to engage in commercial timber production.

Industry and government have done such a good job of making it easy and profitable for Southern landowners to log and to plant fast-growing pine trees that Southern private landowners supply the lion’s share of low-cost wood to the world’s largest wood market.

Over decades, the landscape level influence on forest management across the South has been staggering. Forest disturbance from logging in the Southeast is now four times that of South American rainforests. And while globally plantations make up 7 percent of the world’s forests, in the Coastal Plain of Southern U.S., plantations account for 27 percent (around 40 million acres) of the "forest." At the same time, the South has lost 33 million acres of natural forests since 1960.

It’s really quite phenomenal — especially since in survey after survey, timber production does not emerge as a primary objective of most family forest owners. Values like aesthetics, legacy, privacy and nature protection consistently rank higher on the list of reasons small holders own forestland.

The reality is that when markets and government policies align behind a set of values (such as ensuring a steady supply of raw material to a commercial market), landowners respond. I suspect many landowners would be just as happy (and maybe even happier) to leave more trees standing if markets and government policies valued the important life-supporting services intact forests provide such as flood control, wildlife habitat, carbon sequestration and watershed protection in the same way they currently value timber production.

While in the last century the market and policy focus emphasized commercial forestry, the sustainability challenges of the 21st century require a greater emphasis on conservation and protection. Standing forests play a critical role in stabilizing the Earth’s climate.

When left undisturbed, forests have the potential to pull vast and increasing amounts of carbon out of the air and store it. When left alone, forests can do their best work, protecting fresh water supplies and preventing floods during heavy storms.

Large expanses of undisturbed forests are also critical to reversing the rapid rate of global species extinction and loss. (The number of terrestrial species designated as extinct or extirpated from the Southeast alone more than doubled from 2002 to 2011.)

It’s time we focus on building a forest economy that addresses the ecological sustainability challenges of the 21st century, such as climate change, water scarcity and species extinction. Nothing is more important than ensuring a safe, inhabitable world for the children of today and tomorrow. Yet, as of 2016, forest management is largely influenced by the outdated policies and market approaches of the 20th century.

Perhaps the real challenge is not with figuring out how to influence the practices of small, private landowners, but with aligning markets and government policies with a new set of values that better match the needs of today. In all likelihood, this approach also will align better with the values that family forest owners hold dear. 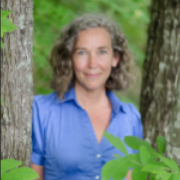 See all by Danna Smith