A study released today by the Carbon Disclosure Project [PDF] shows that companies including Walmart and PepsiCo are moving to capitalize on the advantages presented by reducing carbon emissions across their supply chains. This is perhaps not surprising when considering that over half the emissions reduction initiatives reported by Global 500 companies to the Carbon Disclosure Project (CDP) deliver payback within three years or less.

Furthermore, 2011 CDP research established a correlation between a transparent and robust climate change strategy and strong financial performance. With Scope 3 emissions -- those that occur beyond direct operations -- accounting for as much as 86 percent of a business' carbon footprint, those corporations that are pioneering a new era in supplier management for the low-carbon economy stand to benefit significantly, as do their suppliers.

In fact, 39 percent of the companies analyzed as part of the newly released CDP Supply Chain's fourth annual report have already realized monetary savings from their own emissions reductions activities. The success rate is comparably high (34.5 percent) when looking at the number of corporations that have profited from new revenue streams or financial savings as a result of their suppliers' carbon reduction activities.

So exactly how significant are these returns?

Bank of America is currently enjoying a return on investment of nearly 10 to 1 as a result of various energy efficiency measures, including lighting upgrades, HVAC controls and building retrofits. These cost $2.2 million to implement but the annual savings equate to a staggering $21 million. Colgate-Palmolive invested $1 million in constructing LEED certified factories in China, Poland, Czech Republic and Vietnam and is realizing savings of $7.3 million a year.

L'Oreal demonstrates a very advanced approach to the way it works with suppliers to reduce the company's impact on the environment. As a result, it has reduced its carbon emissions and saved money through its unique, specifically designed, Wall to Wall program. One of the main features of this pioneering approach is that suppliers are housed within L'Oreal processing locations. The need for transportation and packaging of the key components is eliminated and results in the triple win of minimizing emissions, shaving transport costs and enabling suppliers to benefit from the energy efficiency of the L'Oreal processing plants.

Understanding of the economic potential of effective climate change strategy is evolving at pace but there are a number of key areas that must be addressed in order to unlock the full potential of the supply chain.

North American suppliers are at risk of placing themselves at a disadvantage as a potential competitive point of difference emerges. The newly released CDP study suggests that U.S. and Canadian suppliers are less likely to be able to capitalize on these opportunities since they are not as developed as their Asian or European counterparts in the areas of climate change disclosure or performance.

The organizations at the top of the supply chain also have a part to play. Despite the opportunity for operational cost reductions, under a quarter of companies (24 percent) help their suppliers to understand the financial plus points of carbon reductions by quantifying the return on their low-carbon investments.

This is a critical step toward significantly reducing emissions globally and is likely to be more widely adopted as companies continue to improve their business models and lower their carbon footprints. 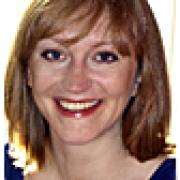 See all by Frances Way