Sustainable business isn't a monolithic entity. In addition to corporations, startups and public agencies, there is no shortage of third-party organizations and consultants playing varying roles in the space.

This month's Names in the News roundup of the latest executive hires and other movers and shakers related to all things green business helps drive home the diversity of the sector, with news coming from logistics magnates, biotechnology upstarts and booze businesses alike.

Have a tip for our next installment on a big move for a colleague or your own career? Shoot us an e-mail at [email protected].

DNV GL digs from within for new CEO

A seven-month search for a successor to the chief executive role at energy and sustainability consultancy DNV GL ended last week with the announcement that 22-year company veteran Remi Eriksen will take over the CEO role this August.

The news also comes just weeks after DNV GL saw longtime CEO Henrik Madsen, who will be retiring on Aug. 1, appointed to the board of the United Nations Global Compact Board — an indication of just how fast the world of sustainable business has developed of late. 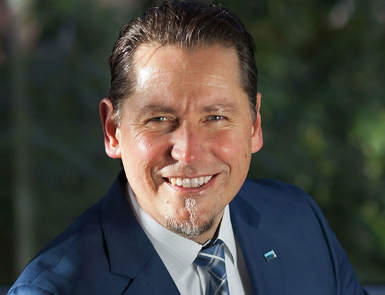 “I believe the future will be characterized by a very complex and fast-changing world and a period of slower global growth," Eriksen said in a statement announcing his promotion. "However, the world economy is still on track to more than double in size over the next 40 years."

While mindful of the dual risks and opportunities that he is likely to be faced with, Eriksen will look to position DNV GL as a reliable third party with the capacity to increase the impact of corporate sustainability initiatives.

A former U.S. Air Force captain who has since logged more than two decades with shipping giant UPS, Edward Rogers earlier this month was appointed the company's global director of sustainability.

Rogers, who has already worked in a number of management and corporate development roles for UPS, will succeed Steve Leffin — an early architect of the company's sustainability strategy who focused heavily on reporting and transparency.

In mid-May, Aaron Mair, a 31-year veteran of environmental, urban development and civil rights causes, was elected to serve as the new president of the Sierra Club. Mair's work has spanned from mapping the spread of diseases to leading high-profile environmental justice campaigns in states including New York

He also becomes the first African American president of the iconic green advocacy group — a particularly notable milestone given ongoing efforts to diversify leadership in the environmental movement.

The move is part of a restructuring to address EDF's shifting approach to broad environmental issues. "Solving problems like climate change and overfishing require a global perspective and an international approach,” said EDF President Fred Krupp in a statement.

Kate Williams, 1% for the Planet

Nonprofit management veteran Kate Williams is taking the torch at 1% for the Planet, a network of some 1,200 businesses co-founded in 2002 by Patagonia founder Yvon Chouinard to connect sustainability-minded organizations and donate 1 percent of pre-tax revenue to environmental causes.

Most recently, Williams was the executive cirector of the Northern Forest Canoe Trail, a 1% for the Planet nonprofit organization. She previously chaired the National Outdoor Leadership School (NOLS) Board of Trustees.

City planning and urban development veteran Brenden McEneaney is taking the helm of the Northern California chapter of the U.S. Green Building Council.

McEneancy will join USGBC-NCC as executive director this July, having most recently served as director of the resilience program at the Urban Land Institute in Washington, D.C.

- The world's biggest privately-held spirits company, Bacardi Limited, recently scored a home run in the realm of green marketing with three top honors at the Hermes Creative Awards judged by representatives from the Association of Marketing and Communication Professionals. The company's Good Spirited: Building a Sustainable Future sustainability initiative won for both its traditional media and Well, I spoke a little too soon. We're taking off, a little late after sitting, but they're going to re-route us north to avoid "weather." Keep tabs on UA1204. media incarnations.

- It's been another busy month in sustainable business news. Former GigaOm reporter Katie Fehrenbacher is now covering cleantech for Fortune. The Guardian's sustainable business editorial director, Jo Confino, has accepted a new opportunity to spearhead the Huffington Post's coverage of the topic.