It's the largest purchase order by any company in the U.S.

Delivery giant UPS plans to buy a whopping 170-million-gallon equivalent of biogas converted from waste sources from provider Clean Energy over the next seven years to power its fleet of natural gas trucks, the company announced Wednesday.

The contract is a big deal because it's the largest of its kind in the United States. It also highlights how waste gas, also called renewable natural gas, is moving from a niche product into a more widely available zero-emission fuel source for private and public fleet operators.

UPS's director of fleet procurement, Mike Casteel, said in an interview with GreenBiz: "This is doable. The product [RNG fuel] is becoming available. If you have natural gas infrastructure, or have access to it, then anyone can do this."

This is doable. If you have natural gas infrastructure, or have access to it, then anyone can do this.

Biogas is not a new concept, although it's been generated at a small scale in the United States. When organic matter, such as food and animal waste, decomposes, biogas or a mixture of primarily methane and carbon dioxide, is released. Companies can capture this biogas at locations such as landfills, wastewater treatment plants or pig farms, then clean it up and inject it into standard natural gas pipelines.

Vehicles that burn natural gas can use renewable natural gas instead — and slash their greenhouse gas emissions as a result. As UPS continues to march to achieve its sustainability goals, decarbonizing via RNG is becoming a viable option.

The RNG provider, Clean Energy, was founded by oil and gas wildcatter T. Boone Pickens in 2001 to sell natural gas as a fuel source for vehicles. Earlier this year at our conference in Phoenix, Arizona, GreenBiz 19, Clean Energy announced that it plans to phase out all fossil fuel-based gas and only sell renewable natural gas by 2025.

UPS has a fleet of 6,100 natural gas-powered vehicles that it began to buy in bulk in 2012. Casteel says that's because it was around that time that the first heavy-duty class 8 engine dedicated to natural gas became available on the market from Cummins, the engine and generator company. 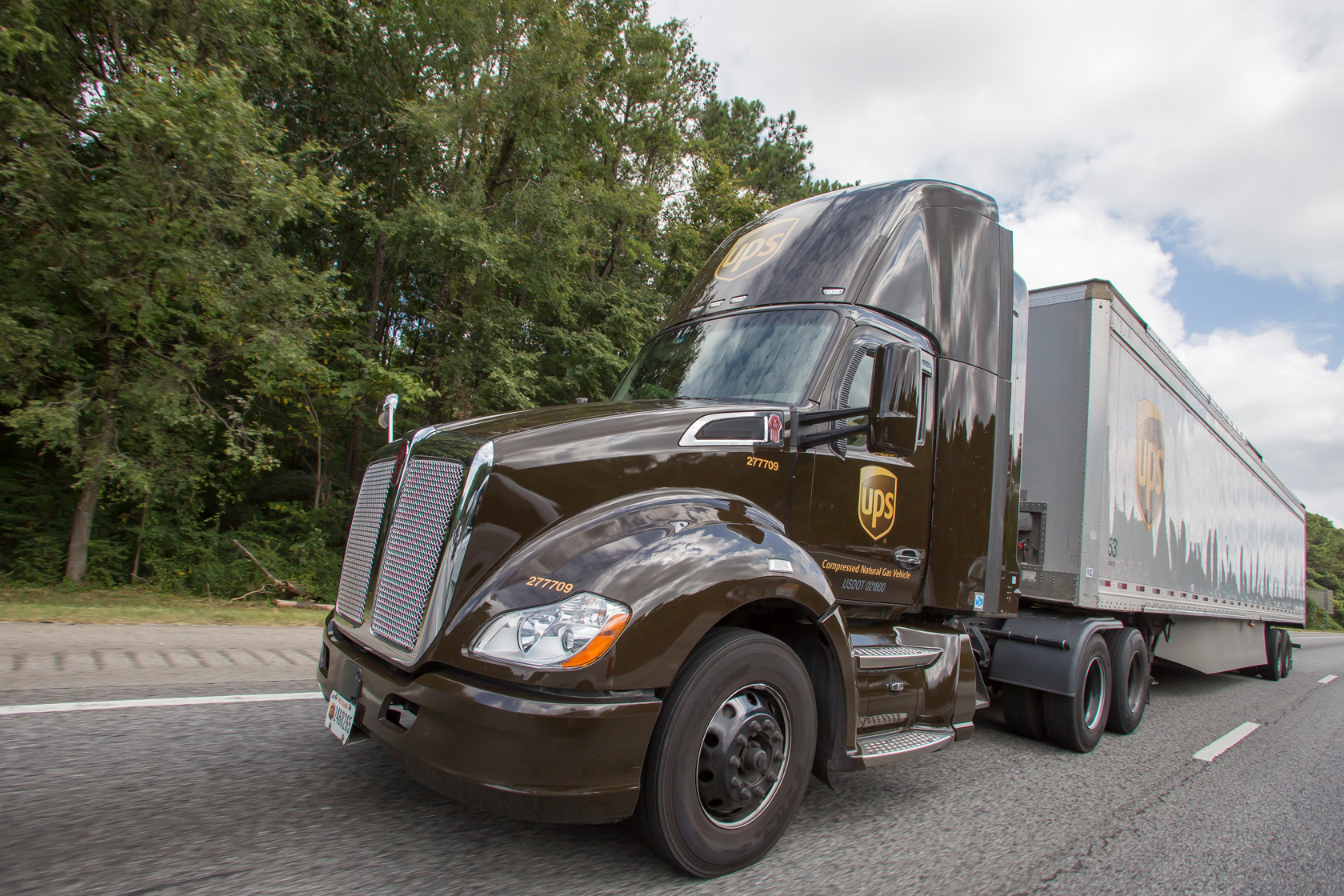 UPS is using natural gas- and RNG-powered trucks to run longer over-the-road shipping routes. Its efforts around electrification, in comparison, largely have been around using electric delivery trucks in urban areas for shorter, stop-and-start runs.

Casteel said that the purchase order from Clean Energy represents about a quarter of its annual natural gas usage. If RNG were more widely available, Casteel said he could see the entire UPS natural gas fleet eventually using RNG.

RNG is still a relatively emerging market. The fuel is incentivized by the federal renewable fuels standard program, long controversial and under continuous review. The instability and uncertainty in the program has held back the RNG market to date.

Without such incentives, historically, it's been pretty expensive to collect biogas at smaller distributed waste projects. The renewable fuels standard program reimburses the biogas provider, while the customer (UPS) pays the same price as it would for natural gas. California's low-carbon fuel standard also provides big incentives for RNG for companies that generate it.

Companies such as UPS are looking to lower the greenhouse gas emissions associated with their fleets, and at the same time potentially save money on fuel costs. Natural gas — and RNG — are currently less expensive than diesel.

UPS plans to boost its alternative fuel consumption to 40 percent of the total ground fuel purchases by 2025. At the same time, the company is looking to cut its greenhouse gas emissions of its ground fleet by 12 percent by 2025. This RNG purchase is a substantial step towards that goal.