If you’ve done any city walking, you’ve likely frequently experienced the frustration of listening to music or talking on the phone until suddenly, a semi-trailer truck roars by and you can’t hear a thing. Deploying delivery trucks with quiet (and emissions-free) electric engines could make this a problem of the past while also unlocking significant air quality and public health benefits.

The key to unlocking all these benefits lies in the quiet nature of electric vehicles, which uniquely complies with local sound ordinances. While many cities prohibit nighttime and early morning deliveries so as not to disturb residents’ sleep, electric delivery vehicles don’t have that problem.

With 23 percent of U.S. transportation emissions coming from medium- and heavy-duty trucks, we can’t ignore delivery fleets, especially amid recent reports stressing the urgent need to address climate change to avoid dire consequences. Although there may be some hurdles to maximizing the benefits of electric trucks, the costs of electric vehicles and charging stations are likely to fall over time, and creative solutions to logistical challenges are already emerging.

The ideal world of off-peak delivery

Electrifying delivery fleets have the same basic advantages as other electric vehicles: lower driving costs and zero tailpipe emissions. Electric vehicles (EVs) also can benefit the grid by providing storage — "batteries on wheels." And as the grid runs on more renewable energy under state climate policies, the emissions associated with generating the electricity to power EVs will continue to decrease. Shifting electric delivery truck traffic to times with less traffic (known as off-peak) would compound these benefits.

Statistics underscore what we instinctually know: Truck traffic is no fun. Although trucks only represent 7 percent of America’s urban traffic, they cause 17 percent of congestion costs (productivity lost to people and goods being stuck in transit, plus the extra gasoline needed due to the longer traffic times).

That’s $28 billion lost annually to traffic jams. Truck deliveries are both commercial (think stocking store shelves or restaurants) and residential (more than 120,000 packages delivered daily below 60th Street in Manhattan). With the rise of online shopping, residential deliveries are expected to continue growing.

Spreading out delivery traffic would decrease rush hour congestion and improve air quality in areas that suffer the brunt of the health impacts of pollution from truck-clogged roads.

For this reason, New York City already has a program to encourage off-peak deliveries made by traditional gas-powered fleets. Even without accounting for the additional emissions benefits of EVs, research shows that a truck driving at night on less-crowded streets produces 60 percent less pollution than during morning traffic.

Reducing delivery traffic is especially impactful, as trucks are the largest source of near-road pollution. This makes delivery fleets a critical piece for equity in the vehicle electrification movement.

Shifting deliveries to the evening also means that electric fleets could be charged during the day — an easy way to practice smart charging. Vehicles could draw energy from the grid when the electricity mix has the highest proportion of renewable energy available.

Finally, delivery fleets (such as bus fleets) offer an advantage of scale difficult to find in the passenger EV market. There are 33.8 million trucks registered and used for business purposes such as delivery. While there are many smaller trucking companies, companies such as UPS and government agencies such as the U.S. Postal Service operate fleets of over 100,000 trucks each. A fleet-wide policy switch to purchasing EVs and charging them at strategic times is easier to implement than similar incentives for individuals to drive electric and "smart charge."

Getting there — and looking beyond the cityscape

Electric delivery fleets aren’t hypothetical. To provide a few examples: Walmart already has purchased 45 of Tesla’s electric trucks; UPS is piloting a full-EV fleet in London; and FedEx recently announced an order of 1,000 electric delivery vans. The National Renewable Energy Lab (NREL) is partnering with Frito-Lay to study its deployment of 10 medium-duty electric vehicles for deliveries in Seattle.

There are clear financial reasons for companies to plug in their delivery vehicles. According to McKinsey analysis, the driving time cut by lower traffic at night could save up to 40 percent in delivery costs. Of course, drivers should be properly compensated with higher wages for driving at night, but the analysis suggests using larger vehicles at these times cuts costs more than enough to cover increased driver wages.

Electric trucks are also increasingly cost competitive. In terms of upfront costs, Tesla’s base price for its 300-mile range semi-truck is $150,000, whereas a new diesel truck runs around $120,000. Lesser-known companies such as the van-maker Workhorse are already selling smaller electric delivery vehicles at prices that rival that of diesel vehicles. And of course, EVs begin to pay back any price difference as they are driven — electricity is cheaper than gas.

Nevertheless, actions still should be taken to make fleet electrification and its many benefits a reality. They include:

If retail and shipping companies can coordinate with cities on efforts such as these, the payoffs for urban air and the climate could be huge. 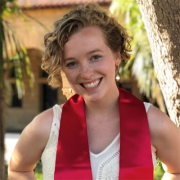 See all by Ada Statler