The coronavirus pandemic is taking a heavy toll on communities of color. One recent study found that Black Americans are dying of COVID-19 at 3.5 times the rate of Whites. A CDC report suggests that this disproportionate burden could be linked to existing health differences, often present in communities with challenging economic and social conditions.

Within these communities, air quality contributes to negative health outcomes. A link between air pollution in the form of fine particulate manner and deaths from COVID-19 has been established, whereby "a small increase in long-term exposure to PM2.5 (fine particulate matter) leads to a large increase in the COVID-19 death rate." In Italy, four regions of the Po Valley, an area characterized by high levels of particulate matter, saw 80 percent of all total deaths recorded in that country. Beyond COVID-19, fine particulates in air have been shown to "accommodate" a wide range of microbial communities, including many that drive negative health outcomes.

The negative health impacts of air pollution on low-income communities and people of color is well known, but the pandemic has brought it into starker contrast. While significant structural social change is needed to address these disproportionate burdens, a simple and affordable approach could alleviate some of the burden for families in vulnerable communities: more natural space. Trees clean the air by absorbing pollutants and also by acting as a physical barrier to particulate matter. Studies have shown that trees in cities across the U.S. remove 711,000 metric tons of particulates ($3.8 billion value) annually.

When we think about trees in cities, we usually think about street trees that cool homes and sidewalks in the places where we live and recreate. Another part of the city, the urban-industrial edge, is a critical yet overlooked part of the urban ecosystem where nature can thrive and bring multiple benefits, and where canopy inequity is at its most pronounced.

All cities are edged with industry that ranges from heavy industrial operations, such as steel mills and oil refineries, to infrastructure installations such as electricity generation stations, transit yards and waste and recycling transfer stations. In these unglamorous places, the city transitions from a place of human habitation and commerce to a place where goods are manufactured, materials are managed and impacts on air, water and biodiversity are heaviest.

Regardless of the intensity of the industry, one thing that all urban-industrial edges have in common is adjacent communities bearing an unequal burden of air, water, light and noise pollution.

The intensity of the urban-industrial edge differs from city to city, depending on whether the city is a manufacturing powerhouse such as Detroit, Michigan or Gary, Indiana; or a financial or political center such as New York City or Washington, D.C. The nation’s capital, known for its monumental buildings, museums and power lunch restaurants, has within or near its borders electricity-generating stations, concrete ready-mix facilities, water treatment plants and a plethora of other businesses that require Risk Management Plans. These plans are necessary when businesses use, store or transport hazardous materials.

Regardless of the intensity of the industry, one thing that all urban-industrial edges have in common is adjacent communities bearing an unequal burden of air, water, light and noise pollution. In these areas, the private sector has an opportunity to create significant benefits by investing in nature in a way that goes beyond compliance and supports community uplift.

On the southern shore of Lake Michigan, an alliance of industries, NGOs, the U.S. Forest Service and the National Parks Service have come together under the CommuniTree banner to advance nature as a solution to pollution, storm water run-off and even climate mitigation on industrial lands. From East Chicago to the Indiana Dunes National Park, this alliance has planted over 5,000 trees on public and private lands in a cooperative effort that sees industry reaching across fence lines to support their corporate neighbors and residential communities. Here, steel giant Arcelor Mittal; the Port of Indiana, a transportation hub; Praxair, a supplier of industrial gases; NIPSCO, the local utility company; and Primary Energy, a company that recycles energy generated from industrial processes, have come together with the Wildlife Habitat Council, the Student Conservation Association and the Davey Institute to address canopy inequity issues in communities long affected by industry. Supported through a mix of public and private funding, this initiative helps corporate employees and their NGO partners make a difference in a region once valued for its natural resources and now better known for its rust-belt status.

The CommuniTree effort is not about one company or one site. It’s a regional approach to greening that seeks to reestablish some connectivity in a fragmented region and meet community goals for improved environmental outcomes. It requires innovation from participants planting in compacted soils or on berms, including a three-year care program needed to ensure the survival of urban trees. At one CommuniTree site at the Port of Indiana, the crew sunk a well in the area where the trees were being planted to allow easier access to water. With iTree analysis from Davey Institute, the effort is also being measured in terms of stormwater captured, pollutants abated and carbon sequestered. In addition, iTree analysis shows that trees in this relatively unforested landscape realize greater value because of their scarcity.

Driving east from Chicago along I-94, the landscape that rolls north to the industrial lakeshore and to the south across residential neighborhoods is bereft of the canopy that more verdant areas enjoy. Here, at the intersection of city and industry, efforts such as the CommuniTree initiative can reconnect remaining wildlife habitats and bring nature’s benefit into the urban-industrial edge.

In addition to providing ecosystem services, nature-based efforts can leverage nature as an urban community asset. The city of River Rouge, Michigan, offers an example; River Rouge is a challenged community by any definition. It sits on Detroit’s southwest border, surrounded by heavy industry including Marathon Petroleum’s refinery, DTE Energy’s River Rouge coal-fired power plant, the Detroit Water and Sewer plant and the infamous Zug Island, home to a massive U.S. Steel facility supplying the auto industry in Detroit and beyond. Most River Rouge residents are low-income families of color who live near industrial facilities in a town with limited recreational space, even though River Rouge fronts both the Rouge and Detroit rivers.

DTE, an energy company that serves 2.2 million customers in southeast Michigan, operates a coal-fired generation station in River Rouge. The power plant is slated for closure in 2023, as a result of intense community pressure and DTE’s plans to transition to a cleaner energy portfolio. Since the early 2000s, DTE employees have worked to mitigate the plant’s impacts on the neighborhood, and have leveraged nature as one tool to do so.

The power plant sits on over 100 acres at the confluence of the Rouge and Detroit rivers, next to one of the city’s few parks. The banks of the river are 97 percent hardscaped, thanks to the development of heavy industry in the region since Detroit’s ascendancy as a manufacturing powerhouse. DTE restored a section of its riverfront to create a natural shoreline with a native plant landscape design that provides habitat for pollinators and migratory birds. This restoration also works to create an extension of the local park and inserts a nature-based buffer between park users and the plant.

Air quality in urban residential communities near industrial facilities will not be improved by nature alone. But nature can contribute to the solution.

With an eye to further and more direct community benefit, employees at the plant restored a former hardscaped parking lot into a five-acre meadow designed to become a haven for wildlife, an outdoor classroom and a research plot for urban biodiversity. While little research has been done on the efficacy of grasslands and shrubs to remove pollutants from the air, one study found that these landscapes remove 6.5 million tons of air pollution in the U.S. annually. In addition, the meadow is being managed for conservation outcomes. Practices such as reduced and delayed mowing allow grassland birds to complete their nesting seasons undisturbed, and avian nest boxes help compensate for the absence of natural nesting structures such as snags and dead trees. Fragments of the site, not used for operations, are managed as pollinator habitat where Blue Wild Indigo, a host plant for the state-endangered Karner blue butterfly, has been seen across a number of seasons.

The habitats and management regimes are designed to make the meadow useful as an outdoor classroom for the community while acting as an air purification tool. Youth service groups and school classes use the meadow to explore the wildflowers and grasses, the nesting structures, a snake hibernaculum and the wildlife found on site, both in the meadow and in a small pond. The site hosts Earth Day and Arbor Day events, has hosted Ph.D. students following urban coyotes and has inspired middle school teachers developing environmental education materials. In the absence of the nature centers and public parks found in more affluent communities, DTE’s meadow shows that access to nature for education can be designed into an industrial setting.

There are many challenges to bringing nature into industrial places. Nature is rarely top of mind for business owners in urban places, but solutions can be designed to educate and incentivize. Phillips66, which owns thousands of gas stations in the United States and the United Kingdom, overcame such challenges by educating gas station franchisees about the opportunities for pollinator plantings at gas stations and providing credits to franchisees that installed the plantings. The company developed a suite of regional planting guides with high production values, signaling a serious intent from corporate headquarters. The project recorded high satisfaction scores from franchisees, sales teams, employees and interns. Awareness scores, how much an individual knew or cared about pollinators, increased also.

The best nature-based solutions on urban industrial lands are those that are part of a corporate citizenship or conservation strategy such as DTE’s or Phillips66. By integrating efforts such as tree plantings, restorations or pollinator gardens into a larger strategy, companies begin to mainstream biodiversity into their operations. When they crosswalk the effort to other CSR goals such as employee engagement, community relations and/or workforce development, such as the CommuniTree initiative, the projects become more resilient.

Air quality in urban residential communities near industrial facilities will not be improved by nature alone. But nature can contribute to the solution, and while doing so, bring benefits including recreation, education and an increased sense of community pride. As one tool to combat disparate societal outcomes, nature is accessible, affordable and has few, if any, downsides. 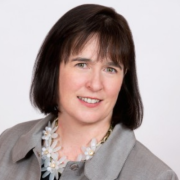