U.S. cities are the vanguard for a sustainable future

In the absence of federal leadership on climate change, America’s cities have become the vanguard of the country’s efforts to create a sustainable future. Recently, 233 mayors from 46 states and territories, representing 51 million residents across the country, have signed an open letter opposing the repeal of the Clean Power Plan (CPP), the nation’s most comprehensive strategy to combat climate change.

Last year, after Donald Trump announced the U.S. departure from the Paris Agreement, mayors from across North America came together in Chicago to affirm their commitment to the goals of the Paris Agreement. Those goals — including improving energy efficiency of buildings and transportation systems, building sustainable infrastructure, and securing more energy from renewable resources — not only combat climate change, but strengthen our economies, create jobs and make our communities more resilient.

Participating mayors are making strides to cut carbon pollution locally, including in Chicago, where the city reports a 19 percent reduction in carbon emissions in the last two years from buildings required to benchmark and report their energy use (PDF). In Michigan, cities and their residents are calling on an electric utility to rethink building a new natural gas plants and, instead, to invest those funds in cleaner, more cost-effective clean energy options, such as energy efficiency and renewable energy. But cities recognize that climate change must be addressed at all levels of governments, which is why an increasing number of American mayors are calling for federal action to combat this threat.

Last year alone brought more destructive storms, wildfires and yet another year of record-breaking heat. In Chicago, extreme storms are becoming the norm — even with massive additions to the region’s stormwater system, infrastructure cannot keep up. When violent storms dump incredible volumes of rain in very short periods of time, the Chicago River literally runs backwards, flowing into Lake Michigan — the source of drinking water and quality of life for millions. Chicago’s infrastructure — like most of the country’s — was not built to deal with the changes brought by the changing climate.

Every community in every city whose mayor signed the letter in defense of the CPP has its own story that speaks to the urgent need for climate action. The CPP also has garnered wide support based on the advantages created by a transition to clean energy. Even in public hearings held deep in coal country, the vast majority of the thousands of people that testified spoke in favor of the health, economic and environmental benefits of the CPP.

The mayors’ letter reflects the voices of communities across the country that are bearing the worst effects of climate change and are eager for solutions. It shows that cities won't sit on the sidelines while the Trump administration attempts to take away our country’s best hope to cut carbon pollution and address climate change. 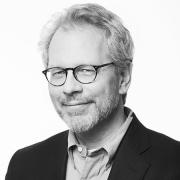 How Chicago plans to lead in commercial building energy efficiency

See all by Henry Henderson