In the decades immediately following World War II, the United States saw two major waves of births: the Baby Boomer generation and a new fleet of largely coal-fired power plants (and the transmission and distribution infrastructure to deliver that electricity to America's homes, businesses and industry). Now, both populations are fast approaching the end of their working lives and entering retirement in droves, placing huge financial strain on the nation — one on our Social Security safety net, the other on our electric grid.

As the Boomer generation migrates into retirement in the years just ahead, the number of Americans age 65 and over will reach 80 million, double the 40 million it was in 2010. That equates to a flood of financial burden on the Social Security system, which will start paying out more than it takes in starting in 2017, ushering in calls — some of them alarmist — for serious reform before the system bleeds dry.

The situation is much the same with the aging coal-fired generation that as of last year still made up approximately 40 percent of the nation's generation mix. Most of those U.S. coal plants are 30 to 60 or more years old, according to the U.S. EIA. The vast majority were built during a wave of new added generation during the 1950s through 1980s. Much like the first members of the Boomer generation now entering retirement, those coal plants are rapidly approaching the end of their own economic life.

The Union of Concerned Scientists (in a 2012 report [PDF]) and Rocky Mountain Institute (in 2011's "Reinventing Fire" [PDF]), among others, have sounded the alarm. These analyses of the U.S. electric grid's aging coal plants identify how many plants — and how many GW of capacity — it's time to close because they've reached their end of life and are simply uneconomic to continue operating. The UCS report, for example, noted that more than 41 GW of coal-fired generation already was announced for retirement. UCS identified up to an additional 59 GW-100 GW of coal-fired generation in total — that's similarly "ripe for retirement," uneconomic compared to newer, cleaner, cheaper sources of generation. According to RMI's analysis, and assuming normal operating lives, by 2050 95 percent of the nation's coal-fired power plants in operation today (not to mention 99 percent of its gas-fired ones) will close.

Media coverage usually talks about this coal plant or that nuclear plant shutting down, but we need to be talking more and thinking harder about how we're to address replacing the capacity and output of an entire generation of the country's bulk power fleet. And the U.S. EPA's carbon pollution emissions regulations (the 111(d) rule) for stationary sources such as power plants earlier this year only makes that conversation more urgent. It effectively has made the date of closure sooner for coal plants already approaching their economic end of life, and brought marginally economic coal plants that might have continued operating into the sphere of plants that would qualify as ripe for retirement. 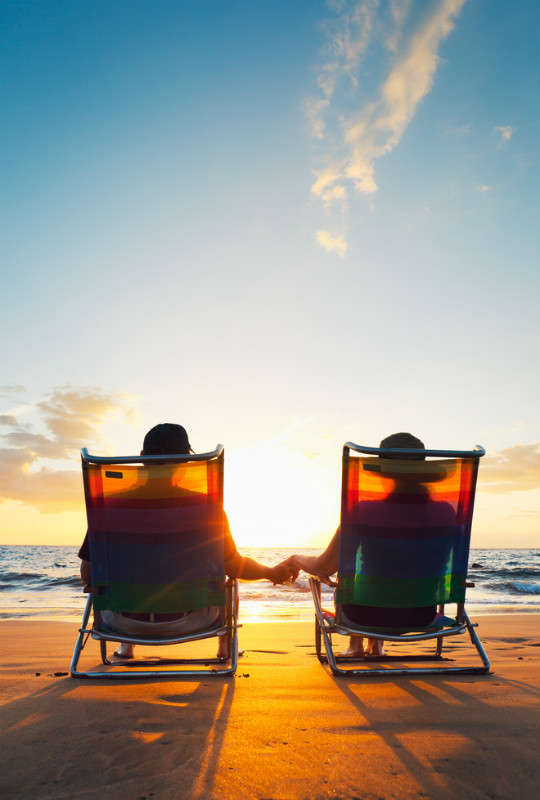 Replacing the lost generation of our nation's retiring coal plants could require massive investments in a short period of time, and what we replace that coal-fired generation with will be a question of utmost importance. In other words, "this is a big deal," said RMI electricity principal Lena Hansen — and a big opportunity to "get it right" with the investment choices we make in the years just ahead.

The financial strain of under-investment

This impending retirement cliff for the U.S. electric grid comes at a decidedly inopportune time, given that America's utilities have underinvested in the grid for decades, exacerbating an already substantial financial hurdle.

For example, as middle market bank Harris Williams & Co. noted in a 2012 white paper on T&D infrastructure (PDF), "the power system is characterized by an aging infrastructure and largely reflects technology developed in the 1950s or earlier" and that grid suffers from "decades of under-investment in the transmission grid resulting in pent up demand for replacement of aging infrastructure." On the transmission side, during 1980-1999, transmission infrastructure investment fell 44 percent while electricity use increased 58 percent. Meanwhile on the distribution side, 50 percent of the country's 2.2 million miles of distribution lines are "near the end of their useful life," wrote Harris Williams. Most were built between 1945 and the late 1960s.

On the one hand, I can't blame utilities. If you own an old clunker of a car, you spend only as much as necessary to keep it running and legally on the road, because you know it's going to kick the bucket sooner or later and require replacement, so why dump money into it? We could look at the power grid the same way — utilities have invested only so much as necessary to keep the generation, transmission and distribution infrastructure up and running, but why spend more than that?

On the other hand, though, maintaining that course with blinders on and not preparing for the day when that clunker — a fleet of aging coal plants and T&D infrastructure — does in fact die is foolhardy. By allowing a large "chunk" of the grid to reach retirement age all at once, are we setting ourselves up for the bill of a lifetime?

But is this recently increasing investment a case of too little, too late? As the Brattle Group noted in a 2013 presentation (PDF), recent T&D investment has been on the rise and is higher than during the last decades of the 20th century, but that investment is still below the wave of investment that accompanied the Boomer generation following WWII, with "significant replacement/upgrades needed over the next decade(s)."

Indeed, the American Society of Civil Engineers, in its 2013 "Report Card for America's Infrastructure," gave the U.S. an embarrassing D+ for energy, in part noting a $94 billion investment gap for T&D infrastructure by 2020. All in all, an often-cited 2008 Brattle Group study, "Transforming America's Power Industry: The Investment Challenge 2010-2030" (PDF), notes up to $2 trillion in needed investment — just to maintain today's level of reliable electric service. 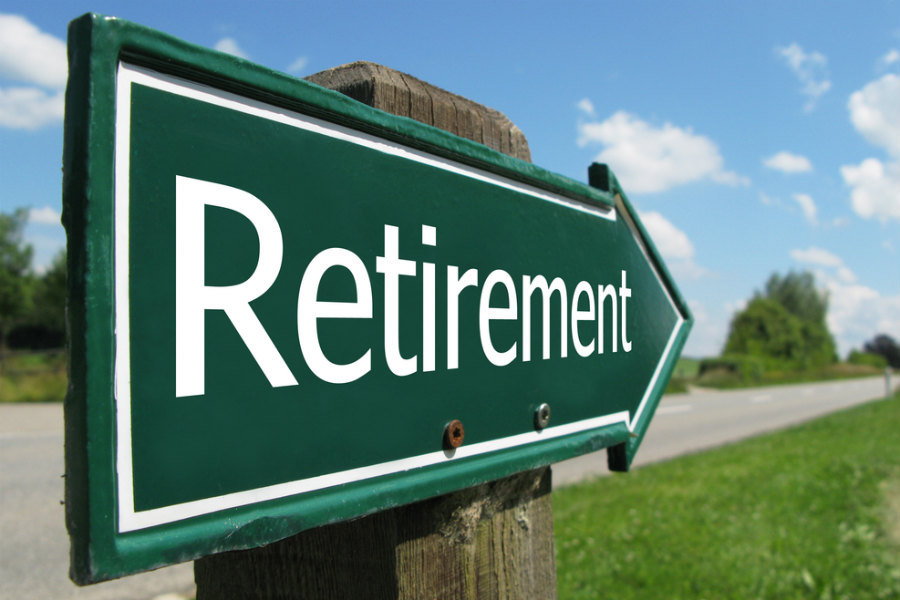 Four options for the years ahead

Looking to the years ahead, Baby Boomers (and the rest of us) and the power grid have at least four major possible courses of action for addressing the looming financial strain of a huge wave of retirements.

1. Hold the course. One option is to hold the course, like the Titanic headed straight for the iceberg. We could let Social Security bleed dry without reform, and we could let our bulk power assets go dark without a way to replace their generating, transmission and distribution capacity under the time frames and investment patterns we'd need. This is clearly not a true option. We can't simply let portions of our grid assets go dark, nor would utilities allow that to actually happen. In fact, despite the nation's aging grid that ain't getting any younger, utilities have done a pretty good job of keeping the metaphorical and literal lights on.

Plus, letting the system simply fall apart encourages individual users to "defect" via personal solutions, whether a (prudent) personal retirement plan or off-grid solar-plus-battery systems that allow utility customers to cut the cord if they so choose, hardly an optimal solution for a slew of reasons.

2. Keep working into retirement. A second option is to try to extend our useful working life. According to a Gallup poll earlier this year, Americans are retiring five years later than they did in the early 1990s. So too are utilities working to extend the life of grid assets, despite the decades of under-investment. But this is a temporary fix that only forestalls the inevitable, and not for long. You can only relicense a power plant so many times before it ceases to become practical or economic to do so. At some point we will retire, and so will the grid's assets. "You can try to keep a power plant running for as long as possible," said Hansen. "But at some point that's no longer an option."

3. Reinvest in the same system. Social Security, which turns 80 next year, has been called the most successful social program in the history of the United States. So, as the old saying goes, if it ain't broke, don't fix it. In other words, we could soldier on, continuing to reinvest in the same old system, leaving it largely unchanged. We could, for example, adjust the Social Security withholdings in our paychecks to keep the system solvent in the years ahead, or Generation Xers like me could start a new birth wave of children who'll reach working age in around 25 years, just in time to fund my own retirement (no, I'm not actually suggesting we do that). This simply would deeply embed the same challenges we've inherited and face today, pushing them another generation down the timeline for others to deal with later.

The same option is true, though, for the electric grid. The "obvious" choice for dealing with a closing power plant is to replace it with another one, even if we end up swapping coal-fired generation for a combined-cycle natural gas plant. But just because that's how we've always planned to meet electric load doesn't mean that's how we should do so going forward. Investment choices like that made today will stick with us for another generation or more, and we should be asking if there's possibly a better way, which leads me to …

4. Reform the system. Finally, a fourth option is to reform the system today, while we still have the time and flexibility to think about the coming day of reckoning and make important decisions about how future investment decisions should be made. Such reform has happened before for Social Security, and continues to be a topic of hot debate.

Grid investment, too, is a hot topic these days, especially when it comes to the importance of incorporating distributed energy resources such as rooftop solar. From new business models for utilities to reformed rate structures that better optimize investment in distributed energy resources to major state-level regulatory proceedings that will reshape the power grid's landscape and market structure to be more DER-friendly, it's more prudent to wisely plan for the future grid today before yesterday's grid goes dark. "It's critical we reinvest in the right stuff," concluded Hansen. "It's important to find improved planning processes that actually incorporate DERs into them, and new market structures that allow those DERs to actually contribute to the system."

Those DERs — if invested in and smartly deployed onto the grid — can help lower system costs, improve system reliability and resilience, and decrease the system's carbon intensity. Even if the thought of major reform seems overwhelming, it's worth navigating those difficult waters for the sake of the calmer, cleaner harbor on the other side. As a member of Generation X, I've inherited a Social Security system and a power grid defined by two major waves of births following WWII. Now, as both populations enter retirement in droves, it's time for my generation — and others — to think hard about how we'll navigate the financially troubled waters ahead. Concluded Hansen: "We need to do a much better job of integrated resource planning and be realistic about when these power plants are going to go away. We have an opportunity to do something transformative."