Is the U.S. News Media Failing to Do Its Job on Climate Change?

It sure seems that America is out of touch with the rest of the world regarding global warming, and that the world is slapping us in the face to awaken us from our stupor.

Delegates at last week's Barcelona climate talks were frustrated that U.S. negotiators came to the table unable to commit to concrete steps to reduce greenhouse gas emissions due to our seized legislative engine. Since we only have a month until the U.N. global climate summit that starts December 7 in Copenhagen, Barcelona negotiators vented their frustration by setting high expectations that the U.S. would come to Copenhagen with a plan in hand.

"We expect the United States to be able to deliver on one of the major challenges of our century," said Connie Hedegaard, Denmark's minister for Climate and Energy.

"Copenhagen needs to provide clarity … I do not think that the international community will accept an instrument that lacks clarity on what the U.S. will do to reduce its emissions," said Yvo de Boer, the executive secretary of the United Nations Framework Convention on Climate Change.

The notion that the U.S. is out of touch also was borne out by the Pew Research Center survey that was widely reported on in the past few weeks. Pew found that fewer Americans (57 percent) believe that the earth's atmosphere is warming versus two years ago (77 percent).

That statistic for many validates the view that we are in denial. But there was another statistic in that study that may suggest WHY the U.S. may be so out of touch. Pew also found that a majority of Americans -- 55 percent -- have heard nothing at all about the proposed cap-and-trade policy to establish limits on carbon dioxide emissions.

That's right, 55 percent of U.S. citizens have heard NOTHING AT ALL about cap and trade. With a jaw-dropping statistic like that we must ask ourselves this question: Is the U.S. news media adequately doing its job as regards global warming?

But what is the news media's job? At the most basic level, the news media's job is to mediate news; to convey to us the information it deems to be worthy of our attention. This involves judging which concerns to keep at the forefront of our minds, and which to put on the backburner. And it uses several devices to exercise that judgment.

One such device is the control of the frequency with which it covers certain topics. Another device is the extent to which it covers them. Yet another device is control of the content and emotional tone of that coverage. And it occasionally goes so far as to institutionalize coverage of certain topics that are deemed to be integrally important to our lives; topics that we should want to be reported on each day. For example, newspapers institutionalize coverage of the business world by creating business sections.

The news media exercises those devices in such a way that it can mobilize the mass of people to take dramatic action when we face, or believe we face, a potentially calamitous threat.

Remember Y2K? News reporting about Y2K often has been criticized as manic, yet it had an amazing effect. And how did the public react to that reporting? Remember how people were anticipating the complete breakdown of civil society? Remember the reports about people who were stockpiling water and food, avoiding air travel, and packing heat for self-protection.

A memorable icon of the power of the US news media to mobilize us during the Y2K hysteria was a photo that appeared in a Denver newspaper of a young woman standing in a shooting range, wearing goggles and ear protectors, learning to use a handgun. The implied image -- the one that was conjured in the deep recesses of the mind when viewing the photo -- was of this woman barricaded in her house, with gun holes cut into the boards covering the windows, to protect herself against the marauders wandering the wasted American landscape in the aftermath of Y2K, raping and pillaging whomever they chanced upon.

Obviously, Y2K news coverage exhibited an extreme, and many feel unjustified, frequency and tone of reporting. However, the more general point here is that, whether or not that coverage was appropriate, it exemplifies the power of the news media to mobilize the population by manipulating the above-mentioned levers of news coverage.

So what about climate change?

At a time when climate science is urgently screaming to the American news media to mediate coverage of climate change in a way that will mobilize society, at a time when it's telling us that we just have a few short years to drastically cut greenhouse gas emissions or we seriously threaten the planet with chaos, misery, death and extinction, at a time when climate science warrants that we create an atmosphere of grave threat and crisis, and at a time when it tells us that, in the words of Maldives President Mohamed Nasheed, "…we need emergency action all around the world to curb (greenhouse gas) emissions" -- our delegates in Barcelona couldn't commit to any kind of plan just a month before Copenhagen, and the Pew Center has found that only 57 percent of Americans, down from 77 percent, believe that global warming is occurring, and that 55 percent have never heard anything about cap and trade. This suggests that the news media is not doing what it could and should be doing to keep us focused with the clarity and urgency that global warming requires, and that our global neighbors demand of themselves.

Many are acknowledging that the media has cooled on global warming in the past year or more. A common refrain echoed recently is that the recession and healthcare reform have crowded out coverage of global warming.

{related_content}For example, Andrew Kohut of the Pew Center said on NPR's October 27 episode of "Talk of the Nation" that "…there is a top of the mind aspect to this … what the news organizations do is they cover the issues of the day and what is happening. So when a lot is happening about … climate change you're going to see much more coverage."

Juliet Eilperin, who covers the environment for the Washington Post, in her September 17 appearance on The Diane Rehm Show's "Preparing for Copenhagen" segment, said "… in the immediate past we've seen such a focus on healthcare you haven't seen as much altitude to those (climate change) stories."

But we should be seeing serious altitude on climate change stories. The lives of our children, and our children's children, are threatened. We can't wait until healthcare and the economy have become memories to return to climate change; we know that we have a few short years to dramatically reduce our greenhouse gas emissions.

Regardless of what other issues enter and exit our realm of concern, global warming must remain the dominant central issue. Therefore, the U.S. News media should step up and mobilize the nation to take dramatic action on global warming. To that end the media should do the following:

Yes, the world is frustrated with our bewildering dissociation from the issue of climate change. And we have an obligation to respond.  The news media can be a tremendously powerful and effective force of change. And if the news media doesn't rise to the occasion -- and do so soon -- the world could forgo its face slap and deliver a knock-out punch.

Michael Mercier is president of Deeper Insights, a market research and consulting firm, and can be reached at [email protected] 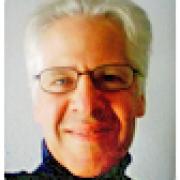 A Call to Green Marketers to Unite and Vanquish Consumer Confusion

See all by Michael B. Mercier