In most buildings, including our homes, we are surrounded by devices and equipment that internally operates on Direct Current (DC). We plug these devices into a typical Alternating Current (AC) outlet, and then convert AC to DC to operate the devices and equipment. This process of conversion is not 100 percent efficient, and wastes energy.

Many newly constructed buildings are deploying renewable energy sources such as solar which generate DC power. With the large number of DC powered devices in buildings, and with DC generation now utilized in many newer structures, we need to take a look at the use of distributed DC power in buildings and approaches to eliminate the conversion waste -- and thus maximize the use of DC power generated by renewables.

Yet, while we live in an “AC world,” we find nearly all of our equipment uses DC within the devices and, as previously mentioned, converting AC to DC or DC to AC results in conversion losses. While the efficiencies of power conversion are dependent on current and voltage, conversion equipment is typically “rated” from 90 to 95 percent can actually be much lower.

AC and DC have been battling it out since the beginning. Thomas Edison (who once held the world record of 1,093 patents for inventions) developed the first commercial electric power transmission system which used direct current (DC). After he deployed around 190 power stations, a “war of currents” started.

Opposing the use of DC was the inventor of transformers and Alternating Current (AC), Nikola Tesla, and George Westinghouse, a proponent of AC power. Their basic argument was that DC power couldn’t be transmitted very far, only around a mile and a half, whereas AC current could be carried over hundreds of miles and was better suited for central power stations.

The “war of currents” got nasty at times but eventually AC power won out for power generation, transmission and distribution.

But now, DC is making a comeback.

We tend to overlook or underestimate use of DC in buildings, but we’re at a point where DC use is widespread and growing.  For buildings to take on or deploy DC systems would be a monumental change but the benefits of a DC infrastructure are very persuasive and the growth in DC seems inevitable.

The following are observations and examples of existing or potential use of DC in buildings:

IT Networks – Most sizable IT networks have for years provided DC power to devices using Power over Ethernet (PoE). PoE is an IEEE standard where both data communication and DC power are provided to a device over a four-pair Ethernet cable. In most buildings there probably already is an IT network or infrastructure for DC distribution. The PoE devices typically include IP telephones, Wi-Fi access points, video surveillance cameras, access control card readers and remote Ethernet hubs and switches. The use of PoE has gone beyond typical IT devices and been used in devices such as clocks (which not only get DC power, but exact time from the network clock), gas detection, AV room controllers, etc.

Data Centers – Much of the equipment in a data center such as servers, motors and batteries use DC power. Because of the intensity of power in data centers the use of DC power could result in significant benefits.  Think about the number of power conversions that takes place in a data center. We take incoming AC power and convert it to DC at the UPS, then convert it back to AC and finally convert it back to DC within each server’s power supply; a total of three conversions. If we then consider a building with solar power, with the initial conversion of DC to AC at the inverter it becomes a total of four.

A few data centers have gone to a DC architecture where the main electrical AC feed from the utility at the entrance into the data center is converted to DC and DC power is distributed. The benefits of this approach are threefold: (1) less power loss in multiple conversions of AC to DC and DC to AC, resulting in reduced energy consumption, (2)  less space required by the DC infrastructure because of less equipment and because the IT equipment can connect directly to backup batteries, and (3) a decrease in cooling requirements. Companies such as Facebook and SAP have piloted DC power in their data centers.

A Lawrence Berkeley Labs (LBL) study indicated a 7 percent reduction of energy consumption and a 28 percent efficiency gain, comparing DC data centers to AC based data centers. The LBL study goes on to say “We were also able to conclusively demonstrate to the data center industry that DC delivery systems are viable, can be 20% or more efficient than current AC delivery systems, be more reliable, and potentially cost less in the long run.”

Personal Uses of DC – We’re all addicted to our smartphones, tablets and laptops, all of which need to be recharged by DC power, via USB technology, car chargers or power supplies. Everyone with a cell phone needs DC power.

Renewables, Electric Vehicles, Storage - The solar panels that have been installed in buildings generate DC power and most often use an inverter to provide AC power.  Taking DC from a solar panel and converting it to AC to power a device or appliance that then converts the AC back to DC is inefficient.

We’re better off using the DC power that is generated by renewables to directly power as many DC devices as possible.

Lighting – Compact fluorescent lighting with electronic ballasts and light-emitting diodes (LEDs) are 25 percent more efficient than traditional incandescent lighting. The benefits of LEDs include longer operating life, less maintenance and reduced energy consumption, something on the order of 13% for lighting. Use of DC power would further enhance the attractiveness of LEDs by eliminating the need and cost to convert AC power to DC as is currently done. Several lighting manufacturers have DC based LED lighting systems.

Appliances – Most everyday appliances and electronics operate internally on DC power. This includes computers, telephones, televisions, coffee makers, etc. Motors for applications such as refrigeration, ventilation or pumping that are DC based are significantly more efficient than AC-based systems.

DC Power Infrastructure – Armstrong, a manufacturer of floors and ceilings has a product called DC FlexZone. It is a ceiling suspension system that provides an infrastructure for the delivery of low-voltage direct current (DC) power based on conventional suspended ceiling installation practices and a 24VDC standard.

Standards – The Emerge Alliance, an industry association with industry and research institute members is focused on the development of DC technologies and standards They have already developed a standard for commercial buildings (24 VDC), as well as a standard for data centers (380VDC), and will likely implement a standard for residential markets as well.

DC power will not usurp the AC grid. Building owners will eventually sort out and deal with both DC and AC power. One initial approach could be the distribution of a modest DC infrastructure from DC-based renewable energy sources to DC powered devices that can be supported exclusively by the renewables power generation. Another approach, more expansive than the previous one, would be for owners to go “all in”, that is taking the main AC feed from the utility and converting it one time at the service entrance and then having DC power from the utility and renewables distributed over a building-wide DC infrastructure. Both options provide redundant power sources (utility grid and renewables) and energy efficient improvements.

One of the issues regarding the adoption of DC is that while devices may be internally powered by DC they are generally manufactured and sold with AC plugs/power supplies. In new construction, this issue could be addressed by simply procuring new devices that can accommodate direct DC power. With existing buildings the timing of changing-out current equipment to gear that can handle direct DC is more likely to be dependent on opportunities during renovations, and procurement and energy conservation strategies.

The driver for DC is simply the enormous number of different types of building equipment powered by DC and the fact that renewable energy is also DC based.  DC based power infrastructure is less about will it be deployed in buildings and more about when. 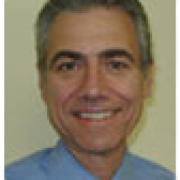