Moreover, using waste carbon to make chemicals also can reduce manufacturers’ reliance on fossil fuels such as crude petroleum and natural gas, an important factor, particularly for the European Union and China, given the volatility in sourcing and pricing of fossil fuels.

Technology providers such as LanzaTech (United States) and Avantium (Netherlands), among others, have developed novel CCU processes. The new processes, which reflect scientific advancements in industrial biotechnology and electrolysis, range from fermentation (using proprietary microorganisms) to electrocatalysis and are at varying stages of development (research scale to full commercialization).

The extent to which new CCU technologies become commercially successful is based on multiple factors, including proximity of the consuming entity to the source of the waste carbon, and production and energy costs (including the availability and costs of renewable energy; companies predict that increased supplies of low-cost renewable energy will be needed). Government policies also play an important role in the evolving expansion of CCU projects.

The extent to which new CCU technologies become commercially successful is based on multiple factors, including proximity of the consuming entity to the source of the waste carbon...

Large multinational chemical companies and steel companies are participating in CCU projects (a list showing examples of such projects is provided in the working paper). Industry sources note that the new production capacity is generally in the form of modular "bolt-on" units that can be added to existing production facilities — such as steel plants, chemical plants, and refineries — that are major sources of CO/CO2 emissions.

LanzaTech, one of the first companies to start commercial production of bioethanol using waste emissions, notes that steel mills worldwide produce about 30 billion gallons of waste gas per year and says its process can be used on about 65 percent of global steel mills, potentially producing 30 billion gallons of ethanol annually. The business models used along the value chain vary.

Industry sources note that whereas the technology providers likely will license their technologies, the industrial emitters (such as steel companies) likely will use licensing and establish joint ventures (JVs) with the consuming/marketing entities.

Many CCU projects underway to date are in China and Europe. Industry sources cite several reasons for this geographical concentration, including the magnitude of available waste emissions; industrial efforts to reduce emissions to meet national targets; funding; and government policies. One source, speaking of the European chemical industry, notes that CCU would allow the industry to both reduce its reliance on fossil fuels and enhance its competitiveness. Another source states that European leadership in development and deployment of clean-energy technologies translates to a global competitive advantage.

But the speed of U.S. adoption of such technology may be tempered by several factors, including the relative cost of fossil fuels in the United States.

Using waste carbon from industrial emissions as a feedstock for chemical manufacture appears to be a viable complement to industrial emitters’ ongoing abatement efforts. Many things are in flux: technologies are still being developed and scaled up; government policies are being implemented; business models are being established; funding is still being sought; the costs of installing the new technologies; and the supply and pricing of fossil fuels remain volatile.

But steel companies, refineries and chemical companies are increasingly starting to use waste carbon emissions as feedstocks for chemicals and there are significant supplies of waste carbon from global industrial emissions worldwide for companies to use.

These CCU technologies are promoting a paradigm shift that has the potential to increase firm-level competitiveness for manufacturers that adopt these processes, while also reducing the environmental impact of these manufacturers.

On a sectoral basis, some sources estimate that the market potential for chemical production from waste carbon in industrial emissions, or even reduction of waste emissions in general, could be valued in the billions of dollars.

Moreover, given estimates of potential reductions in production costs of about 20 to 50 percent (largely resulting from the feedstocks), chemical producers appear to be able to derive a competitive advantage regarding the pricing of many end products and, to the extent that they are partners in JVs with industrial emitters, they also may be able to increase market share and/or market coverage. Use of waste carbon feedstocks is also likely to allow companies to respond to carbon pricing programs and renewable energy mandates.

Steel companies that can gain revenues from byproduct sales derived from their industrial emissions and offset emissions taxes and/or reduce other obligations under new mandates may be able to avoid reducing production in an increasingly competitive and oversupplied global market for steel with thin profit margins. Steel industries that adopt these sustainable technologies might be able to better survive oversupply conditions, carbon pricing programs, and renewable energy mandates than those that do not.

These CCU technologies are promoting a paradigm shift that has the potential to increase firm-level competitiveness for manufacturers that adopt these processes, while also reducing the environmental impact of these manufacturers. To the extent that these technologies become widely adopted, they could result in substantial increases in supply of such chemicals globally, with potential disruptive impacts on trade and prices. 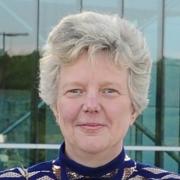 See all by Elizabeth R. Nesbitt