In the prevailing narrative of the rooftop solar industry, the dominant theme is combat. The good guys are the innovative, climate-positive, customer-pleasing solar companies, which must be nimble to avoid being crushed by the plodding, influence-buying, fossil fuel-spewing dinosaurs of the electricity industry, the utilities.

Thus the New York Times headlined a recent story "Rooftop Solar Dims Under Pressure from Utility Lobbyists," while a Vox headline declared contrarily, "Utilities fighting against rooftop solar are only hastening their own doom."

The combat trope isn’t entirely wrong. The utilities successfully have waged battles to squelch rooftop solar in states such as Arizona and Indiana, mostly by wielding political muscle to reduce compensation to customers for electricity fed back into the grid. This has helped hobble solar companies, and after four years of growth that averaged 63 percent a year, U.S. rooftop solar growth dropped to 19 percent last year, and this year is projected to be flat.

But the metaphor begins to break down here, because utility company opposition isn’t the only reason for the slowdown in rooftop solar. According to Shayle Kann, head of GTM Research, a leading electricity market analysis firm, two of the nations’ three biggest rooftop installers, SolarCity (now owned by Tesla) and Vivint Solar, shifted the emphasis of their business models from growth to profitability.

In addition, in California, home to nearly half the nation’s rooftop installations, rooftop’s growth has tapered off as solar companies have run out of early-adopter customers. In any case, the decline is almost certainly temporary: GTM Research projects that rooftop solar’s growth in the coming years will rebound to a healthy 10 to 15 percent annually.

Everything about utilities, from their rate structures to their business models to their corporate cultures, is on the cusp of change.

Rooftop solar has inspired so much contention chiefly because it’s the first DER to enjoy widespread use, experiencing "the biggest, fastest adoption of these technologies," Jesse Jenkins, a contributor to a Massachusetts Institute of Technology 2016 report, "Utility of the Future (PDF)," said in an interview. "It’s a bellwether of the broader issues that we’re going to be dealing with in the next decade." Everything about utilities, from their rate structures to their business models to their corporate cultures, is on the cusp of change.

For all the conflict surrounding rooftop solar, solar energy last year generated just under 1 percent of U.S. electricity, and utility-scale solar farms have three times the generating capacity of residential solar installations. That disparity is likely to grow.

While the shift to rooftop solar and other distributed energy sources presents a major technological challenge to utilities, their current business models provide them no incentive to meet it. According to the models, utilities are allowed to use ratepayer revenue only to reimburse themselves for the costs of operating the grid. Profits accrue to them as a designated percentage — usually 7 to 10 percent — of their capital expenditures on infrastructure investments, from new plants to new transmission lines.

The vanguard of DERs

Rooftop solar is in the vanguard of DERs that promise to upend this business model. Not only do rooftop solar and other DERs divert customers from the utilities, these innovations defer infrastructure expansion by producing decentralized, renewable energy or by improving energy efficiency, thereby threatening utility profits.

And as more customers install solar panels, utilities earn less revenue, which means that rates for remaining customers must increase — which drives even more of them to rooftop solar. As battery storage becomes cheaper, some customers will be tempted to leave the grid entirely.  A paper published by the Edison Electric Institute in 2013 famously warned of this vicious circle, giving rise to the expression "utility death spiral."

Hemmed in by their business model and regulators who expect adherence to it, many utilities have concluded that they have only one alternative: Stop rooftop solar. In this battle, utilities sometimes have behaved oafishly, sabotaging themselves.

Florida utilities, for example, spent more than $21 million last year in support of a proposed state constitutional amendment they touted as a way to expand rooftop solar, but that actually contained provisions to kill it. Three weeks before the election, the policy director of a utility-supported think tank was recorded as he explained the deception at an energy conference. The resulting revelation helped defeat the amendment. Six months later, the Florida legislature unanimously passed laws hastening rooftop installations.

Hemmed in by their business model and regulators who expect adherence to it, many utilities have concluded that they have only one alternative: Stop rooftop solar.

Similarly, in 2015 Nevada’s Public Utilities Commission, under pressure from the state’s largest utility, NV Energy, announced drastic changes in rooftop solar rates that caused installers to stop doing business in the state. Even worse for rooftop solar owners, the rates were made retroactive, so that customers who’d been enticed into purchases with generous state rebates and the promise of unchanging rates over their contracts’ 20- or 30-year lifetimes found that they’d been victimized by a bait-and-switch: Under the new rates, they would pay more for electricity than if they’d never installed solar, even though they generated most of their own electricity.

But the utility interests underestimated rooftop solar’s appeal. The resulting protest was so strong that in June, Gov. Brian Sandoval, a Republican, signed legislation that restored most of the previous rate structure and enabled rooftop installers to resume operations.

For utilities, the issue isn’t solar energy per se, which they like as long as they can sell it themselves. From their perspective, utility-scale solar has some major advantages over rooftop: Not only does it enable utilities to keep their customers, but thanks to economies of scale and lower installation expenses, its electricity costs one-third to one-half as much as rooftop’s, according to Michael O’Boyle, a grid expert at Energy Innovation, a San Francisco-based policy research firm.

Equally significant, the value of electricity generated by solar varies greatly depending on time of day and location. The plentiful electricity generated on rooftops at mid-day, when the sun is highest, is much less valuable than late-afternoon electricity, which feeds the daily demand peak formed when both homes and businesses are consuming energy. And the first rooftop solar installation in a given location is far more valuable than the 100th: The first one may help meet mid-day electricity demand, but the 100th may help produce a surplus, in which case its chief impact is straining the system.

Reading between the nuances

These nuances usually aren’t captured in "net metering," the common but flawed rate structuring system for rooftop solar owners that has been the focus of most utility-versus-solar company conflicts. Under net metering, utilities compensate rooftop electricity contributions to the grid at an unvarying rate, usually close to electricity’s average retail cost, roughly 11 cents per kilowatt-hour.

Utilities argue that compensation should be lower, near electricity’s wholesale cost of 3 or 4 cents per kilowatt-hour, because rooftop owners benefit from using the grid without paying for it. Solar companies say compensation should be at least as high as the retail rate because rooftop solar provides valuable unacknowledged benefits such as generating pollution-free energy, eliminating grid transmission losses when electricity is sent long distances, and avoiding the costs of building more power plants and transmission lines.

But what is usually lost in the dispute is that no matter what rate a utility sets, net metering fosters energy inefficiency because it does a poor job of reflecting rooftop solar electricity’s varying value depending on the time and location of its generation.

At the moment utilities lack the technology even to identify sites where rooftop installations would be most valuable, so they have no way to formulate energy-efficient rates. And without business models that reward them for installing tools to evaluate the value of rooftop locations, they have little incentive to act. In this way, utilities aren’t so much villains as captives of their often somnolent regulators.

"The regulators," said GTM Research’s Kann, "are the keys to this whole transition."

Regulators in a few states are beginning to reshape policies accordingly. California’s Public Utilities Commission is performing the delicate task of supporting the rooftop solar industry while phasing out net metering. Two years ago it introduced time-of-use rates for homeowners with new rooftop solar panels, and will follow up in 2019 with rates that also take location into account.

The utilities are going to have to either come to the table or they’re going to go out of business.

Minnesota’s Public Utilities Commission fostered the growth of rooftop solar’s close cousin, community solar (which typically involves placing solar arrays over parking lots and agricultural fields) by abandoning net metering. Instead, it devised a methodology for calculating a fair rate for electricity fed back to the grid by adding up all the components of community solar’s value, including the so-called "social cost of carbon" — the dollar benefit from reduced climate change impacts and air pollution.

"What we found is that every year, the value of community solar has been higher than the retail electricity price," said John Farrell, an energy researcher at the Minneapolis-based Institute for Local Self-Reliance. "Which means that customers who produce solar energy were giving more value to the grid than they were receiving in net metering payments."

Faced with increasing electricity demand in the area, ConEd first considered a conventional solution, building a new substation at a cost of $1.2 billion. Then it asked outsiders for alternative proposals, and selected one that meets the increased electricity demand with distributed resources, including rooftop solar — at a cost of $200 million. Under REV provisions, the utility’s reward for fostering electricity efficiency was earning as much profit as it would have if it had installed the substation.

"It’s not just the utilities that need to change their business model," Richard Kauffman, New York’s "energy czar" and REV’s leader, said in a telephone interview. "One of the things we’ve been pleased about is the way that the solar industry has demonstrated a willingness to change its business model. The solar sector is beginning to view the utility not as the enemy, but as a customer and partner, in just the way that the utility needs to start viewing the solar industry."

In the long run, utilities are likely to come around, as the rapidly decreasing costs of rooftop solar and other DERs and the expected emergence of cheap batteries promise consumers a chance to leave the grid entirely. "If customers have the choice to cut the cord," said the ISLR’s Farrell, "the utilities are going to have to either come to the table or they’re going to go out of business." 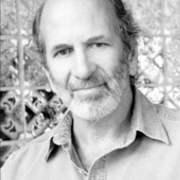