It's been talked about for years and has a bigger buzz -- at least in the utility industry -- than the next iPhone, but the smart grid is still largely a mystery to the consumers who will have to embrace it in order for it and all it promises to become reality.

The Atlanta-based Smart Grid Consumer Collective (SGCC) has been working to help make that happen for the past year and a half, and its efforts are starting to pick up steam. Already in 2011, the SGCC has nearly doubled its membership, and as GridWeek kicks off this week, the group is expected to roll out some data about what consumers want and expect from a smart grid.

SGCC launched in March 2010 to provide stakeholders with research and best practices that helps them educate consumers about smart grid technology. By January 2011, the group counted 40 members on its roster, and as of last week the SGCC had 70 organizations as members, including infrastructure and technology giants such as GE and Cisco, investor-owned utilities such as Southern California Edison and Duke Energy and non-profit advocacy groups such as Environmental Defense Fund and Sierra Club.

"We want everyone at the table who cares about this issue," said Patty Durand, SGCC executive director. "Different groups can be adversarial with each other because they don't have the ability to talk to each other except at public hearings. We wanted to be a source of information and a facilitator for conversation."

SGCC's current focus -- besides growing its membership ranks -- is to research consumer attitudes about smart grid technology and help stakeholders educate the public about the positives of smart grids. It's a much-needed focus, given the anti-smart meter protests that have popped up around the country as utilities try to roll out the first phase of their smart grid projects.

Eventually the organization will act as an independent clearing house of facts and data about the smart grid. This will help consumers make their own decisions about the technology, according to Durand, who used to head up the Georgia chapter of the Sierra Club.

"This organization cares about consumer education and wants to make sure that we're not perceived to be serving the utilities' interests," she said. "They thought my background with the Sierra Club would disprove any doubt in that area [because] Sierra Club is willing to oppose utilities directly."

SGCC seems to be getting its message across to its current target market. Membership is divided pretty evenly between its three main target categories: technology vendors, utilities and advocacy-focused non-profits interested in sustainability and consumer issues.

Utilities like it because they always knew they would need a comprehensive consumer education effort but hadn't designed one even as roll outs started, said Zanku Armenian, senior manager for Southern California Edison and an SGCC board member.

As the first meters were installed, utilities chose not to talk much about them because the rest of the technology wasn't ready for prime time yet and wouldn't be for a couple of years, he said. But public health and privacy concerns were soon raised and the viability of smart meters was suddenly thrown into question. " It turns out that we probably should have done some more upfront communication about what the technology entails," he said. "It was a lesson learned by everyone."

To make those lessons more concrete, the SGCC is releasing the first round of data from a survey of individuals aimed at highlighting what they see as the perceived benefits of smart grid technologies. According to preliminary findings from the 2011 Consumer Price Survey, rate payers say saving money and increasing energy efficiency are the two smart grid ideals that are most likely to move them to adopt smart grid technology. Among the other findings of the study:

Article updated on 9/12/11 at 13:30pm to include just-released data from a consumer survey conducted by SGCC. 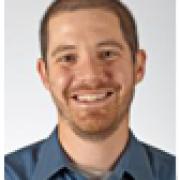