The value of transformation: How future-thinking turns externalities into solutions

Massive consolidation of economic power among corporations has become more the rule than the exception worldwide. In 2015, roughly 45,500 companies were listed in public markets worldwide. Out of those, the top 500 largest global companies, or 0.01 percent, were responsible for nearly half of the $70 trillion of the total value of the global markets. Within certain industries, such as financial services, transportation, energy and agriculture, the power of a few huge corporations is extremely concentrated, and highly interconnected and distributed throughout the world. The globalized nature of today’s markets not only gives large corporations power all over the world, but enormous leverage — and much larger budgets — than most countries.

All this global wealth and influence has presented corporations with a remarkable capacity to reshape societies and the environment. The results of this consolidation of power in the private sector have been mixed. Business and technological innovations should get much of the credit for the unparalleled rises in material wealth and lifespans over the past few hundred years. At the same time, this economic activity has produced a number of negative impacts, such as pollution and wealth inequality, at an unprecedented global scale.

Until relatively recently, it was easy to argue that, on a macro level, contemporary globalized corporate economies produced more positive impacts than negative ones. Pharmaceutical companies, for example, created drugs that saved lives and improved the quality of countless millions more. Web-based companies provided new access to information and cultural resources. But today, we are rapidly approaching a tipping point in which our most common ways of making things, providing services and creating wealth are dragging us toward a crisis.

Bringing externalities back inside

Companies set out to turn a profit, not to create global problems. But reviewing these global challenges is the preface for a pressing question: How do business leaders separate the positive impacts of for-profit business activity from the negatives? One answer lies in the traditional accounting used by businesses, which is often able to make the negative impacts of a company’s activity disappear. The invisible part is often referred to as "externalities," any costs or benefits created by commercial activity that affects a party who did not choose to incur them. A beekeeper, for example, gets a benefit if her hives are next to an orchard where the bees can feed. Likewise, a residence or commercial facility that runs on solar power puts renewable energy back into the grid for local electricity consumers to use instead of traditional electricity.

But externalities are most often discussed as net negatives. For example, the effluent produced by an industrial hog farm that runs into nearby rivers not only kills fish and plants, but also creates costs that include local cleanup efforts, lost revenue from commercial fishing or tourism and a lower quality of life for people who live nearby. Externalities aren’t limited to local issues either. A glass factory that burns large amounts of greenhouse gases contributes to global warming everywhere. Neither are externalities all environmental. Offshoring a call center will take a toll on the people and area where the jobs used to be, including increases in household debt, drops in consumer spending and less local tax revenue.

Despite the wide range of costs that effluent runoff or offshoring customer service creates, none of them ends up on the spreadsheet. Accounting is limited to "internal" costs, such as labor, marketing, research, HR, production and the supply chain. Even if a company is aware of the "external" costs created by its activities, its accounting essentially says, "That’s not my problem," and keeps those costs off the spreadsheet. But, in a world facing multiple crises, we no longer have the luxury to pretend that these costs to the environment and society aren’t there. We can see them everywhere, from overfishing to the declining life expectancy among white Americans driven by anxiety-related drug abuse and suicide.

In a world facing multiple crises, we no longer have the luxury to pretend that these costs to the environment and society aren’t there.

If we want to create a more lasting and connected globalized economy, we need to stop treating pollution, inequality, resource scarcity, exploding populations and so on as "problems" to be avoided. Companies must stop forcing these costly problems outside their bottom-line calculations. In fact, business must stop seeing them as problems altogether. They are, instead, challenges and innovating to solve them is the greatest growth opportunity of the foreseeable future.

Many businesses have realized the value in seeing global problems as innovation challenges. Pharmaceutical companies, for example, looked at the rapidly aging populations in the industrial world and created a slew of drugs to treat high cholesterol, macular degeneration and enlarged prostates. Many businesses have adapted practices that reduce or eliminate externalities. Even global companies are not monochromatic. They can be part of a new economy that values so-called externalities in making business decisions.

Many corporate giants are using their unprecedented size and economic power to solve problems by setting standards for emissions reduction, increasing usage of clean energy, reducing reliance on toxic chemicals and fairly treating and empowering a global workforce. From Walmart to Google, global companies are converting their power sources to renewable sources of energy because it makes financial sense. Multinationals, such as Apple and Nike, are improving their transparency and standards for the fair treatment of workers in their outsourced factories. Other groups, from environmentalists to labor unions to more segmented philanthropies, have made huge contributions to rectify the damage created by business externalities.

And while these efforts are to be commended, they’re still too slow. Traditional businesses too often choose to ignore many externalities, at least until they must face legal action or strikes. Too many companies still act as if externalities are not their problem.

Future first businesses, by contrast, realize that there are no true externalities, whether positive or negative. It is now clear that the earth cannot endlessly absorb pollution and population growth. Likewise, wages cannot continually be depressed by further offshoring; neither will foreign markets guarantee endless growth. There is a limit to things. "Externalities" always return, sometimes in the form of multi-billion-dollar lawsuits or damage to the value of companies’ brands. Facing unprecedented challenges, from our exploding population to climate change, we are racing against time. And because we need transformations in how businesses operate to happen faster and in a more widespread way, future first leaders are needed as well. These leaders come to the table with a new mindset that confronts externalities without recourse to regulation. They create business models that look beyond the immediate goal of producing a profitable product or service tomorrow. Their businesses survey the current and future material impacts of all their practices. A future first leader can clearly see the shortcomings of past business practices, but they don’t want to make businesses any less powerful a force in the world. Instead, they want to use their tremendous influence as a catalyst for positive change.

Finding value in transformation: Coca-Cola and the city too busy to hate

Although the need for transformation in business leadership has a new urgency now, companies long have used their enormous power to exert progressive change. In the early 1960s, Atlanta attempted to distance itself from racial strife and violence across the South. The mayor and other civic leaders branded Atlanta "The City Too Busy to Hate" in an attempt to remove the stigma of segregation from a city that wanted to be seen as an international commercial center. As part of the effort, the mayor hosted a dinner honoring Martin Luther King, Jr. in 1964, the year King received the Nobel Peace Prize. But many businesses, all of them white-owned, weren’t on board from a values perspective and so they refused to buy tickets that supported King’s powerful message of peace and anti-racism. Desperate for Atlanta to be seen in a different light, the mayor eventually called on the city’s largest and most iconic business, Coca-Cola, to help rally the reluctant members of the white business community to the cause. Coca-Cola’s leaders made it clear that the other businesses in Atlanta needed them, threatening to leave if the community was going to be comprised of Civil Rights laggards.

People listened to Coke. The event quickly sold out.

More recently we have seen multinational companies protesting vehemently against the gendered bathrooms laws in North Carolina. Arguing that they can’t recruit and maintain the best people with such bigoted laws in place, North Carolina-founded PepsiCo has been joined by an enormous list of companies, from Dow Chemical to American Airlines to Starbucks, in protesting against the law. Companies including Deutsche Bank and PayPal have canceled planned expansions in the state. These actions have given huge support to the efforts of local leaders protesting against the bill. But this was not just a protest campaign; the corporations also saw the business value of standing up for the rights of their transgender employees in their efforts.

Here’s the interesting thing about Coca-Cola’s involvement in King’s Atlanta speech: The company’s arm-twisting didn’t add traditional business value. But it wasn’t just a charitable gesture either. Distancing itself from racial strife and choosing to come down on the right side of history spotlighted Coca-Cola’s progressive values. By getting Atlanta’s business leaders to respectfully attend an event with one of the city’s most famous citizens, Coca-Cola was able to improve — or at least protect — the positive perception of the city associated with the soft drink brand. But ultimately Coca-Cola took a stand in favor of the people and the place of Atlanta, which promoted the values of the company more broadly and thus created goodwill and long-term business value.

We can look to the Coca-Cola story as a history lesson for today’s business leaders who are asking the question: "How can business best use its tremendous power?" Coca-Cola found value in an unexpected place, by engaging one of the most pernicious social problems of the United States of America. Today, businesses can look for similar opportunities to embrace seemingly intractable national and global problems wherever they threaten the company’s value or values.

Take, for example, resource scarcity or the tumult created by exploding populations and the resulting social dynamism that comes with the changing faces of the workforce population, who ultimately will be in power across global businesses. All these future trends are described by NGOs and national defense intelligence assessments alike as risks to social stability. But they are actually some of the best places to look for future value. However, pushing this value frontier requires a change in how leaders view the issues. A huge opportunity is growing to embrace the changing values that social dynamism brings to the workplace. The next generation of workers brings new values that reflect the changing attitudes, beliefs and lifestyles of global cultures and customers. Business leaders who get out ahead of these future trends will examine and integrate new values in the way they do business and how they generate lasting business value. 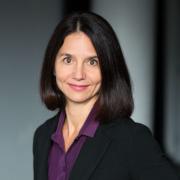 See all by Alice Mann