Vancouver offers insights on how to achieve livability, sustainability and happiness

This is an excerpt from "Rebuilding Earth: Designing Ecoconscious Habitats for Humans" by Teresa Coady, published by North Atlantic Books, copyright 2020 by Teresa Coady. Reprinted with permission of publisher. The above is an affiliate link and we may get a small commission if you purchase from the site.

Vancouver: A case study of livability, sustainability and happiness

Vancouver has been rated as the most livable city in the world many times over.

I have resided here for decades now and have watched it grow from a small to a midsize city. I have also seen that happiness here has not improved along with improvements in the sustainability and livability indices. In fact, although ranked globally in the top five in livability and sustainability, this year we were ranked only 33rd in the world in happiness, behind many smaller towns in Canada.

Here in Vancouver, we have a great city that has been carefully designed to be the best we think it can be, livable and sustainable in every way following the U.N. Habitat principles, and still, people are not as happy as they could be.

Why not? Why are we not ranked first in the world in happiness?

Many areas of Vancouver, especially the older neighborhoods, support happiness. For example, the leafy treed streets in Vancouver’s old West End support a lively and vibrant community. The mid-rise buildings form one of the densest areas of any city in North America, while remaining supportive of an incredibly diverse, resilient and apparently very happy community. Physical safety, a precursor to happiness, is enhanced with the "eyes on the street" culture that continues in the traditional low- and mid-rise West End neighborhoods. Rainbow-painted crosswalks. Guerilla gardens. Parades and festivals and farmers markets. Public beaches and seawalls. Bike lanes everywhere. Human-scale buildings. Dense population. No skyscrapers.

Vancouver does have a lot of very happy people in many of its mid- to low-rise neighborhoods. It is home to some of the world’s most creative animators in the film industry and one of the best universities in the world. It is known for its acceptance of passionate eccentrics in fields ranging from jewelry design to eco-warrior. This joy and sense of innovation and purpose animate the city. Vancouver has a long history of tolerance and inclusion that continues to embrace its newest citizens, and it is this culture, not the new towers or the development pattern, that continues to attract people.

But why are we ranked only No. 33 in the world for happiness?

When cultures connect through migration, as is happening all over the world today, there are some very basic issues to address. One of these is the difference between the collectivist and individualist cultures.

I believe the first part of the problem is the dense high-rise built form of the new neighborhoods. The second part of the problem is a consequence of high-rise density: social isolation. Vancouver is a city of the future in that it has one of the highest ratios of foreign-born residents of any city in the world. Migration is a fact of our modern world. Along with migration to cities and increases in population, we are also seeing a rise in immigration.

Why does this matter? When cultures connect through migration, as is happening all over the world today, there are some very basic issues to address. One of these is the difference between the collectivist and individualist cultures. Many immigrants to Vancouver have come from a collectivist culture, but they have entered an unapologetically individualist built environment. In some of the newer condo areas, the dense, high-rise, car-oriented neighborhood design assumes newcomers will adapt readily to their new reality. Individualist towers that hit the sidewalk in a wall of impersonal glass beside wide, busy streets of traffic only increase feelings of isolation. High-rise living is exclusive, affordable and attractive in many ways. But it does not foster the human connection so essential to happiness.

Vancouver is a safe city. Physical safety is one thing. Financial security is another. There is happiness in the knowledge that you can continue to take care of yourself without being reduced to functional poverty because of the high overall cost of housing. Whether intended or not, we have made housing a commodity in Vancouver. Our residential streets may look very livable, but many of the people in these homes are investing — selling, buying and moving every couple of years. Young people and immigrants find it increasingly difficult to enter the housing market.

Vancouver’s success and consequent condo-building boom, increased densities and the resultant rise in single-family house prices are an ironic lesson in the human cost of commoditizing homes.

Contrary to many of my peers, I believe density and high-rise development lead to the unnecessary commoditization of homes.

I always get an argument on this one, so I understand if you don’t agree with me, but I believe we need to stop conflating high-rises with density and with sustainability. I believe that constructing high-rises to achieve density is not a good thing. I also believe it is not necessary.

The facts support my position.

What about a city known for its iconic high-rises?

What about housing a large population in a city? Must this inevitably lead to high density and high-rise buildings?

We need to continue to consciously encourage and support reasonable development density worldwide...

No. Higher urban or city core population need not translate to higher urban density. Let’s look at two cities, Tokyo and Manila, for a real-world comparison.

Although its urban city core population is only 1.7 million (its wider-area metropolitan population is 12.8 million), Manila is the densest city in the world. Its urban population density of over 111,500 people per square mile is more than four times New York City’s density and nearly 10 times the density of Tokyo’s urban core. Manila placed 137th in the 2019 Mercer’s Quality of Living Rankings.

Metro Tokyo is the world’s most populated city at a total population of over 36 million, four times the population of New York and three times the population of Manila. The density of Tokyo is only 16,000 people per square mile in the central urban core. It drops to 6,800 people per square mile when the entire metropolitan area is considered. Although it is the world’s most populous city, traditionally Tokyo did not build skyscrapers. Recently, Tokyo has increased the number of its high-rises and now has just under 50 buildings over 600 feet. Tokyo placed 49th on Mercer’s 2019 Quality of Living Rankings.

So, let’s look at that again. Comparing Manila (the densest but one of the least populous major cities in the world) against Tokyo (one of the least dense and most populous cities in the world). We have heard that human population is increasing and density will increase with it. Tokyo proves that this is just not so. Tokyo hosts a very large population (36 million) in a relatively low-density city. As a result, it is very livable. It is also very safe, with its crime rate described as "mysteriously" low. Having visited most of these cities, I would have to say that a reasonable density at a mostly human scale makes a city resilient and capable of supporting happiness and well-being, regardless of the total population. And high-rises are not required to house large populations.

The United Nations’ minimum density of 5,700 people per square mile should perhaps, given the example of Tokyo, be better set as the maximum, not the minimum, density target for the metro area of cities. I am convinced that reasonable density targets of no more than 6,000 people per square mile for metro areas (not necessarily urban cores) will help us create happy cities accommodating any population growth we might expect.

We need to continue to consciously encourage and support reasonable development density worldwide, and to educate our populations on the benefits of human-scale neighborhoods and large green spaces within our cities. 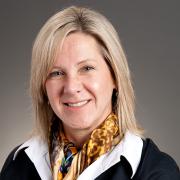 See all by Teresa Coady