Vehicle-to-grid technology is revving up

Utilities expand the grid without building power plants. Consumers get backup power and a virtually free electric car. Such are the promises of V2G tech, even if the infrastructure isn't quite here yet.

A raging storm already has knocked out the power a few neighborhoods away. You don’t have a backup generator, but a plug-in electric sedan is parked in your garage. What if you connected your car’s battery to the electrical lines in your house? In a blackout, you probably could run the fridge, some lights and a TV, and sit out the tempest in relative comfort.

At least, that’s one of the most attractive consumer scenarios for vehicle-to-grid (V2G) technology, which more than a few geeks admit to toying with at home.

Meanwhile, utilities are eyeing V2G as a way to help fortify the grid and reduce operating costs while meeting renewable-energy goals, making use of the batteries in vehicles that spend more than 90 percent of their lives off the road and unused.

Vehicle-to-grid advocates from tech firms and utilities offered a glimpse of the possibilities at GreenBiz Group's VERGE 19 conference last month in Oakland, California.

"We see V2G as the next most exciting opportunity," Smriti Mishra, director of distributed energy at National Grid Ventures, said. Her team at the Northeastern utility focuses on project development and joint ventures where it sees the potential for accelerating market growth in the next couple of years. It can tinker with emerging technologies, unhampered by the need for approval from consumers, stakeholders or a public utility commission.

I don’t like talking about vehicle-grid integration as something in the future. It's actually happening today.

Mishra hopes that its experiments will help to solve a chicken-egg problem of needing to prove results for emerging vehicle-grid technologies in order to get regulatory approval for them.

For a power utility, vehicle-to-grid technology at a mass scale could reduce the need to build additional physical power plants, instead tapping distributed sources of energy — that is, cars or trucks owned and managed by outside parties that collectively can form a virtual power plant (VPP). It becomes more tantalizing as the technologies mature that enable two-way power flows to vehicle batteries and back to the grid again.

Vehicle-to grid, also known as vehicle-grid integration (VGI), could help to make an energy grid more resilient by supplying electricity during times of peak use. That includes when renewable energy resources are unavailable, such as at night when solar panels aren't working but plenty of vehicles are sitting idle. That would help to meet clean energy goals, such as in California, for example, which is aiming for zero-carbon electricity by 2045 and already has strong incentives for consumers to purchase electric vehicles. 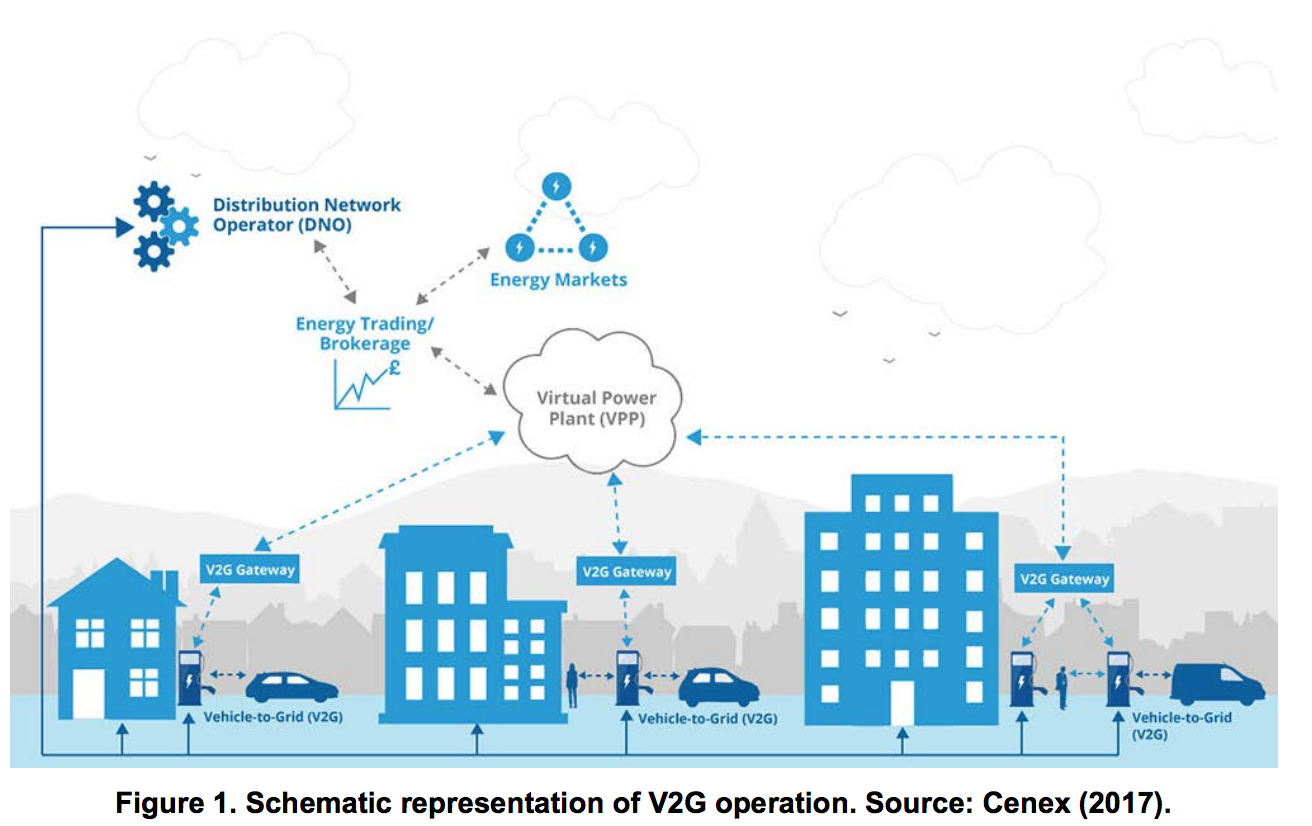 There’s a long road ahead before masses of plug-in electric and hybrid cars or trucks can be counted on as a utility resource at scale. For now, nearly all of the 1.5 million plug-in electric vehicles in the United States only drink power from the grid.

"Managed charging is our first way of integrating EVs as a resource," Gregg Kresge, Maui Electric’s manager of electrification, said, adding that Hawaii is driven to make use of the widespread daytime solar and wind power available. "We want to put renewable electrons in the grid."

A toddler step toward working out V2G business cases for an electrical utility includes advancing smarter charging, especially within demand response frameworks such as in Hawaii, California and Colorado. Intelligent, unidirectional "V1G" systems that flow energy only toward the vehicle battery can cut off the tap during peak traffic on the grid.

"I don’t like talking about vehicle-grid integration as something in the future," said Preston Roper, head of e-mobility at Enel X North America. "It’s actually happening today." The company has sold 60,000 of its intelligent charging systems in demonstration programs around the world.

Managed charging is our first way of integrating EVs as a resource.

Last year, Enel X said its products in California provided a 30MW "virtual battery" to the grid, roughly equivalent to the power needs of a small suburb. The company projects that by 2025 a JuiceNet virtual battery could provide the equivalent energy of 47 natural gas power plants, once 3 million EVs are on U.S. roads.

Before enabling plug-in cars with the outright capability to feed power to a grid, carmakers must resolve issues around cost and warranties, while ensuring safety and security. While scores of plug-in electric passenger cars are on the market, recent Nissan Leafs offer out-of-the-box bidirectional potential right now ⁠— once they're hooked up to a third-party charger and software.

These are a favored model in demonstration tests, many of which remain "behind the meter," integrated within a microgrid or a building's standalone photovoltaic power system.

Aside from offering a potential emergency power source, one big vehicle-to-grid draw for consumers is in lowering the cost of ownership of an electric vehicle.

Enel's cloud-connected JuiceNet platform, originally created by its acquisition eMotorWerks, helps users of its smart chargers to control when they charge their electric cars in order to get the best rates or even get cash back. The company estimates that one of its smart charging programs can net between $40 to $80 per participant per year.

Eyeing the V2G horizon, Fermata Energy Co-founder John Wheeler described his company as mission-driven, with a twofold goal of getting more renewables on the grid and more EVs on the road. The hope is for its bidirectional chargers and software to help create a virtuous cycle that reduces the total cost of ownership of an EV.

Other early players in this space include Ossiaco and Nuvve. 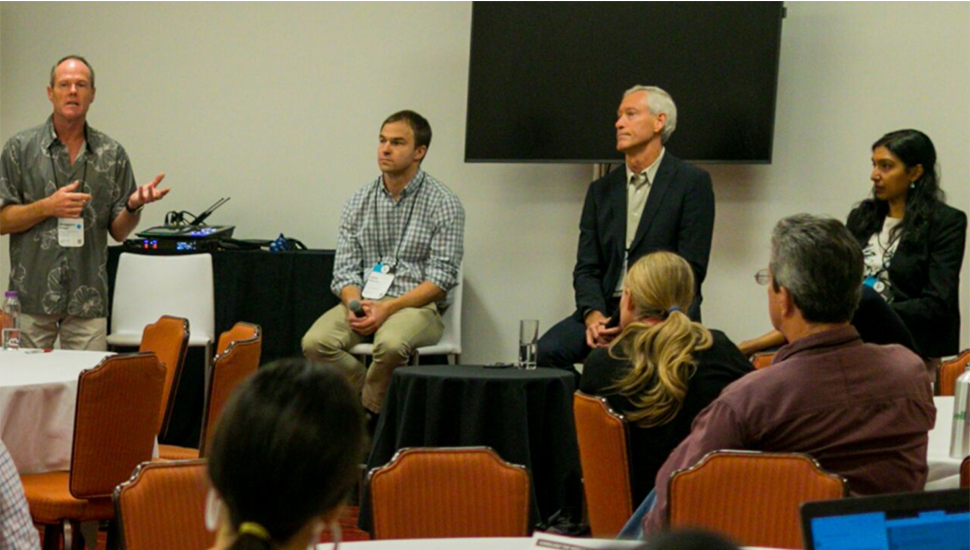 In Danville, Virginia, Fermata Energy has been quietly playing with feeding energy from Nissan Leafs into the grid. "We partnered with a small little utility in the middle of a very conservative district in Virginia, and what that allowed us to do was iterate very quickly on stuff," Wheeler said. “The electrical inspector goes fishing with our electric installer.

While it's parked, the car earns money and easily could recoup the cost of a DC fast charger, he said. "We’ve simplified our initial use case so basically we need one car, one building, one charger. Park a car, it sits there, and when the building load spikes you discharge the car. ... In some places you can have a free car very quickly."

Over in the United Kingdom, Element Energy projected (PDF) that using V2G tech could help an EV owner reduce the cost of the vehicle by more than $1,200. The consultancy estimated that would help to drive 250,000 electric cars and vans onto U.K. roads each year. 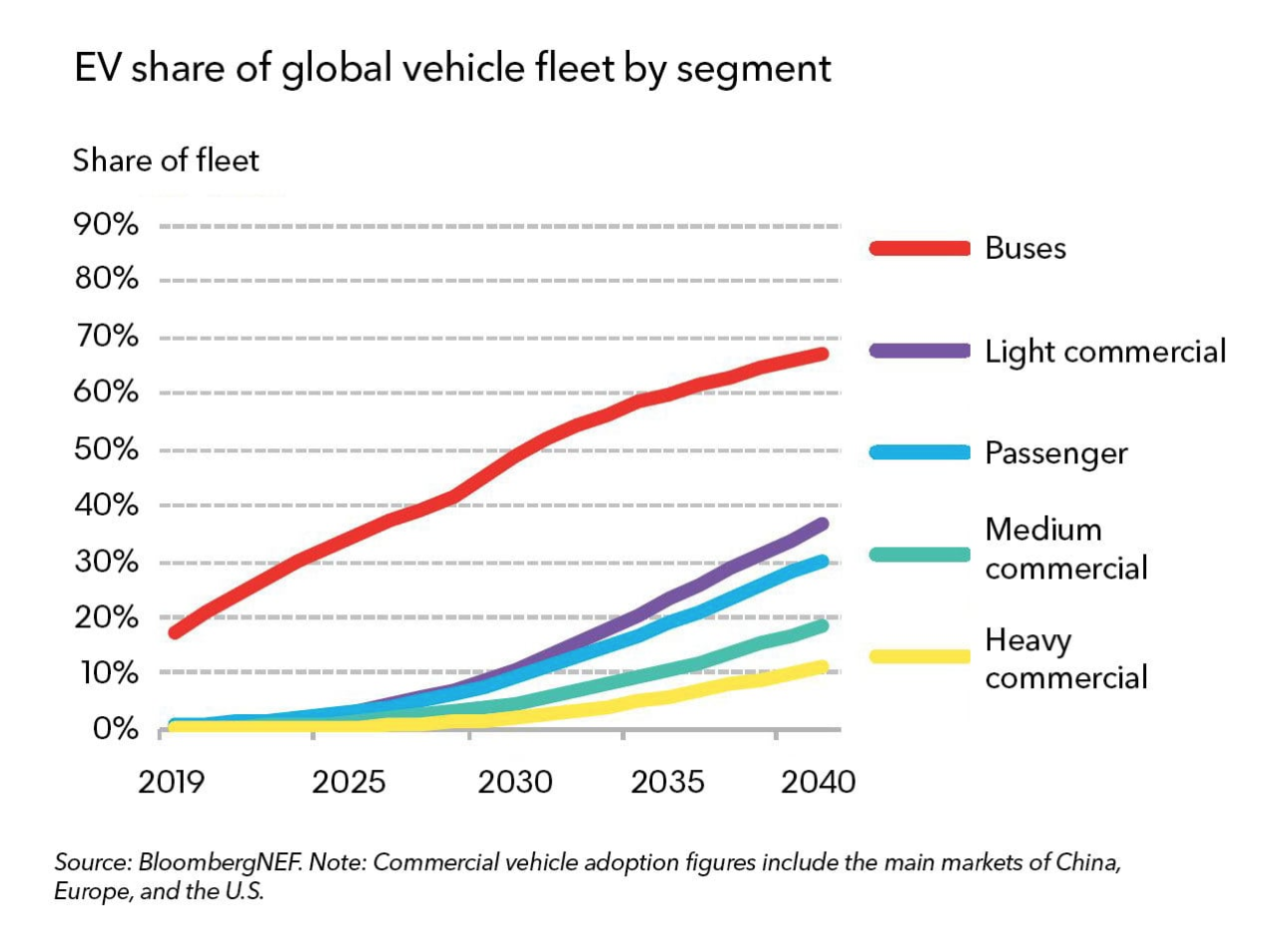 Mishra at National Grid Ventures believes that incentivizing drivers with upfront discounts for vehicle-grid participation ultimately may prove more effective than tax credits or localized credits. She said the emerging "sharing economy mentality" and selling the idea of exercising energy choice and independence may help.

Given the current lithium-ion battery technology, assembling a virtual power plant at grid scale would require drawing from hundreds or more vehicle batteries at a time. Naturally, fleets are considered the vehicle-to-grid sweet spot for the future. Their centralized management and predictable driving routines makes them far easier to manage and plan for than consumer-owned passenger cars, from the perspective of a utility. Early V2G pilots are exploring school buses as well as commercial trucks.

Following the Tohoku earthquake and Fukushima Daiichi nuclear disaster in 2011, Japan has been advancing real-world vehicle-to-grid use cases. Nissan provided 66 Leafs to the region for backup power back then. Last month it sent another batch of Leafs to the outskirts of Tokyo following Typhoon Faxai.

TEPCO with Mitsubishi and five other companies in 2018 began exploring a business model for using plug-in cars as virtual power plant resources, seeking to stabilize the grid and expand the use of renewables. Some challenges to the V2G Aggregator Project include using EVs en masse, upgrading technologies and systems.

Interesting things are happening in the space across Europe as well. In just one example, Enel and Nissan launched a demonstration project in Italy with a local electrical provider to feed power from Nissan Leafs to a microgrid.