VERGE winners define the trends to watch in 2014

In a world where technology is increasingly accelerating sustainability solutions — a movement we call VERGE — themes around open data, smart technologies and distributed solutions have been pervasive. These and other trends, such as transparency, civic innovation and collaborative models, are continuing to emerge, and likely will shape our lives for years to come.

We decided to ask some of our VERGE 25 awardees from the past couple of years to provide their insights and predictions on the most significant technologies and trends of this year, next year and beyond.

1. What was the most exciting technology or trend of 2013? 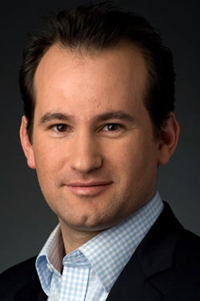 “In 2013, behavior change gained widespread acceptance as a technology lever to drive smarter, sustainable energy use. McKinsey published a study revealing that behavioral energy efficiency alone has the potential to reduce U.S. energy consumption by 20 percent. Through small behavioral changes, consumers can make significant reductions in home energy consumption and decrease energy waste. Thirty U.S. states have now approved behavior as an energy efficiency resource, as well as Denmark, one of the leaders in Europe.” 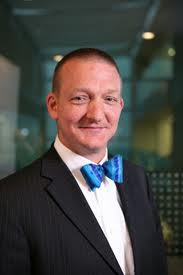 “2013 really was the year of 'data' at all scales; DNA, personal, data about things, urban data and even streams of data from our galaxy and beyond. Yet this is not just what is interesting. … It is this coupled with essentially infinite computing and memory, which allows us to investigate, manipulate and visualize this new resource in ways that we are just beginning to explore. The quantified-self is starting to have a massive impact on how people understand the patterns of their own lives, while data about the built environment is telling us new things about how spaces and systems can be optimized.” 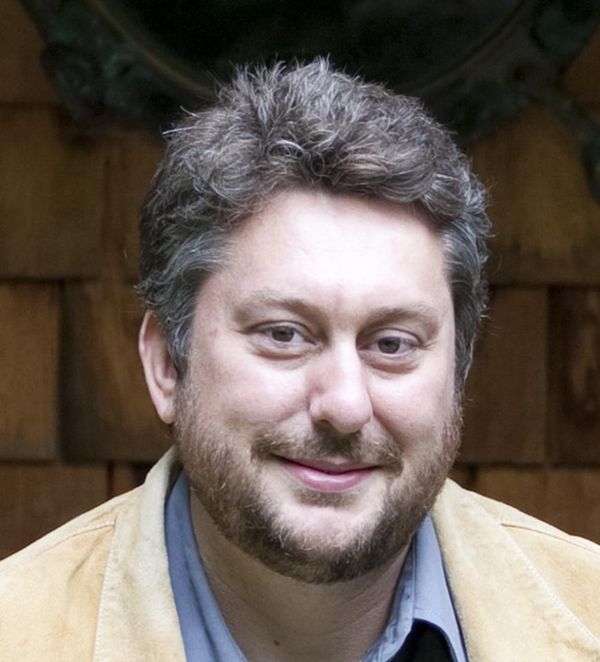 “I think the push toward transparency in the building material supply chain is exciting. We are finally getting traction around red lists, product declarations and with programs like Declare.”

“Open data really took off this year. To date, San Francisco has released over 500 data sets, and both New York and Seattle have released over 1,000. Recently, our city took the next step in promoting open data when the City’s Board of Supervisors approved a law to standardize our open data legislation. Mayor Ed Lee also announced that he would be appointing a Chief Data Officer to oversee the release of City data sets to make the government more efficient. One way the City has leveraged data to promote sustainability in San Francisco was by releasing data on building energy use in City buildings to help drive further energy efficiency. San Francisco, Barcelona and Amsterdam also joined a partnership with Cityzenith to experiment with using their data platform for collecting and managing city data sets like commercial building energy data.” 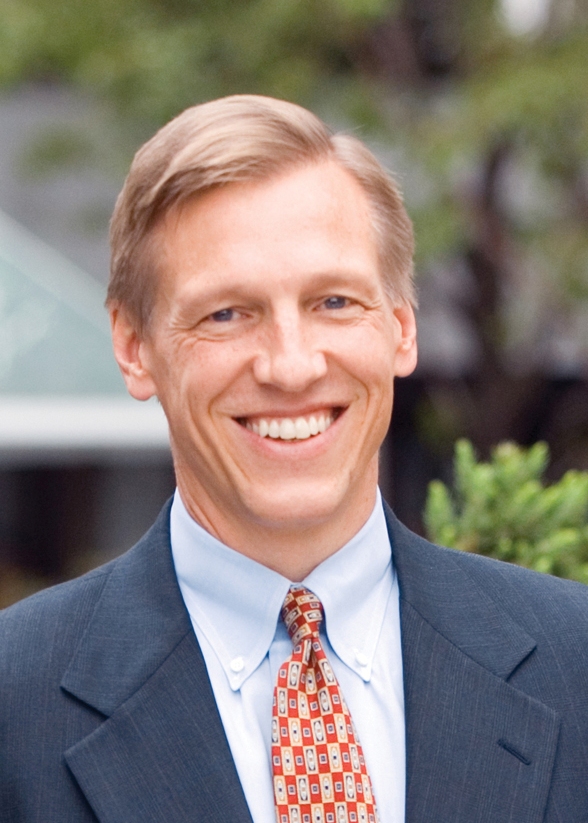 “Smart building technology is sweeping the commercial building industry. These new systems, based on sophisticated monitoring and analysis of building equipment, are revolutionizing the way buildings operate. They optimize performance through review and control by continually looking inside equipment and systems. The smart technology then determines what needs to be adjusted or fixed — before equipment failures occur and before costs for inefficient operations are incurred. ... In addition to energy efficiency benefits, these systems require little to no capital investment, as they leverage the cloud and sophisticated algorithms not available in standard building control systems to provide continuous oversight and remote control that make buildings run more efficiently in real time.” 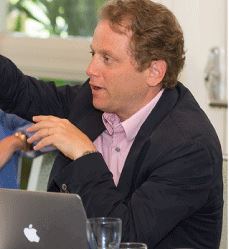 “Distributed solar was the key trend of 2013. Prices continued to fall, deployment grew and SolarCity’s securitization deal showed that solar finance is going mainstream. The company, which went public with some difficulty a year ago at $8 per share, is now trading at over $50 with a market cap of more than $4 billion. … Industry leaders are taking note. Duke Energy and GE invested in solar companies Clean Power Finance and Sungevity, respectively.” 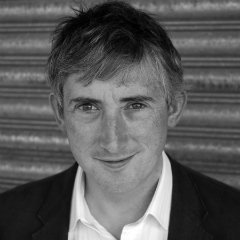 “The biggest trend I see is Open Data. Over the last 12 months, we've seen the G8 sign an Open Data Charter, Obama sign an executive order mandating open federal data, and the Open Government Partnership build and grow on a similar basis. Under these commitments, we will see more critical information being published as open data, which will enable sustainability interventions including data about extractives, corporate hierarchies and beneficial ownership, energy, and pollution.”

2. What is the most impactful technology or trend you anticipate seeing in 2014? 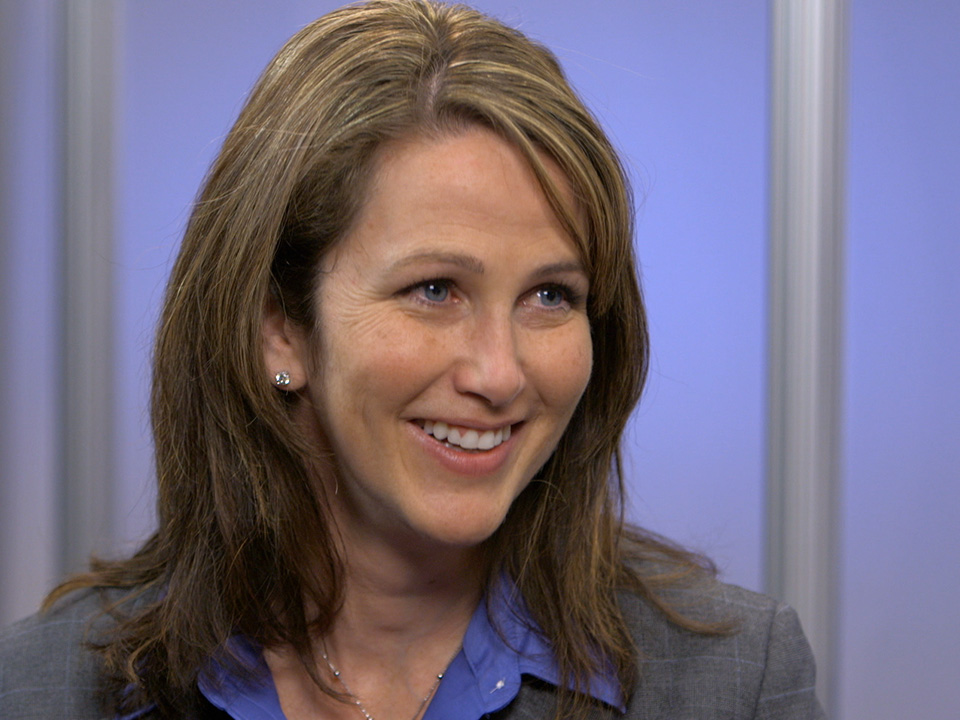 “In transportation, one trend is the growing investment in advanced engine and drivetrain technologies. It’s exciting to see innovation outside of conventional technologies like internal combustion engines. Fuel-neutral engines and cutting-edge hybrid systems will lead to both increased efficiency and the advancement of alternative fuels. Coupling that with the trend of increasing, both horizontal and vertical, collaboration will be key to leaping forward in transportation technologies and sustainability.”

“In 2014, we will see the rise of a universal 'right to know' approach to energy consumption, whereby individuals and policymakers will demand that everyone be presented with their energy consumption information in a clear, easy-to-understand context. We will also see this trend in other industries, such as health care, as more and more consumers look for tools to make their personal information more streamlined and easy to access.”

“I predict 2014 is the year of the LED. We are going to reach a crossover point in the economics where you begin to see a true tipping away from fluorescents and a switch to LEDs. The Living Building Challenge 3.0 being issued in May 2014 is going to be the world's first green building program to ban CFLs and most florescent applications, getting rid of a huge toxic disposal mercury problem and replacing our lighting with a superior light source that is tunable.”

“2014 is likely to be a year where more and more apps are created to empower the individual citizen and provide opportunities for real engagement with the city. San Francisco's recently released SF311 app gives residents a direct and easy route to get things fixed from their smart phone — everything from a pothole to an overflowing garbage can. And through this app, citizens are able to see how responsive their government is being by showing when and how the problems are getting fixed.”

“There will be two key trends, both revolving around energy, in 2014. First, the reduction of operating costs by limiting electrical demand and leveraging grid and supplier-sponsored demand response programs. Building owners and occupiers will begin to see that uncontrolled electrical consumption will have a negative impact on the grid, overall reliability of electricity and costs. The second trend is more widespread alternative energy applications. As the renewable energy industry grows and improves through technological breakthroughs, the costs of these systems are decreasing. We see the application of solar, wind, biomass and fuel cells accelerating in 2014 and beyond.”

“A trend to watch in 2014 is energy storage, which may be integrated with solar to ultimately create microgrids.”

3. Imagine it's 2020 and we got it all right. What technology, trend or development made the biggest difference? 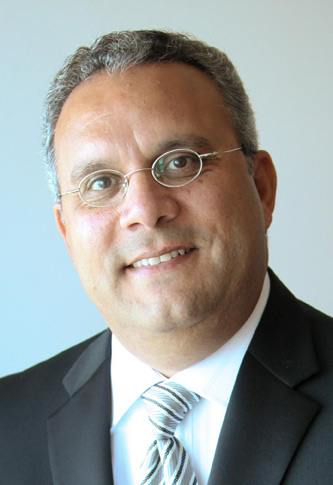 “In 2020, I see cities that have embraced and nurtured an innovation-friendly ecosystem built around civic innovation, community empowerment and social impact that are producing valuable outcomes. Civic innovation is helping cities become more socially cohesive and globally connected. In addition to being healthier and safer, cities are much more resilient when residents have full access to a range of technologies and are adept at using it to access information critical to their lives. Government transparency means well-informed citizens find opportunities to actively participate in public policy, urban development and decision-making.” 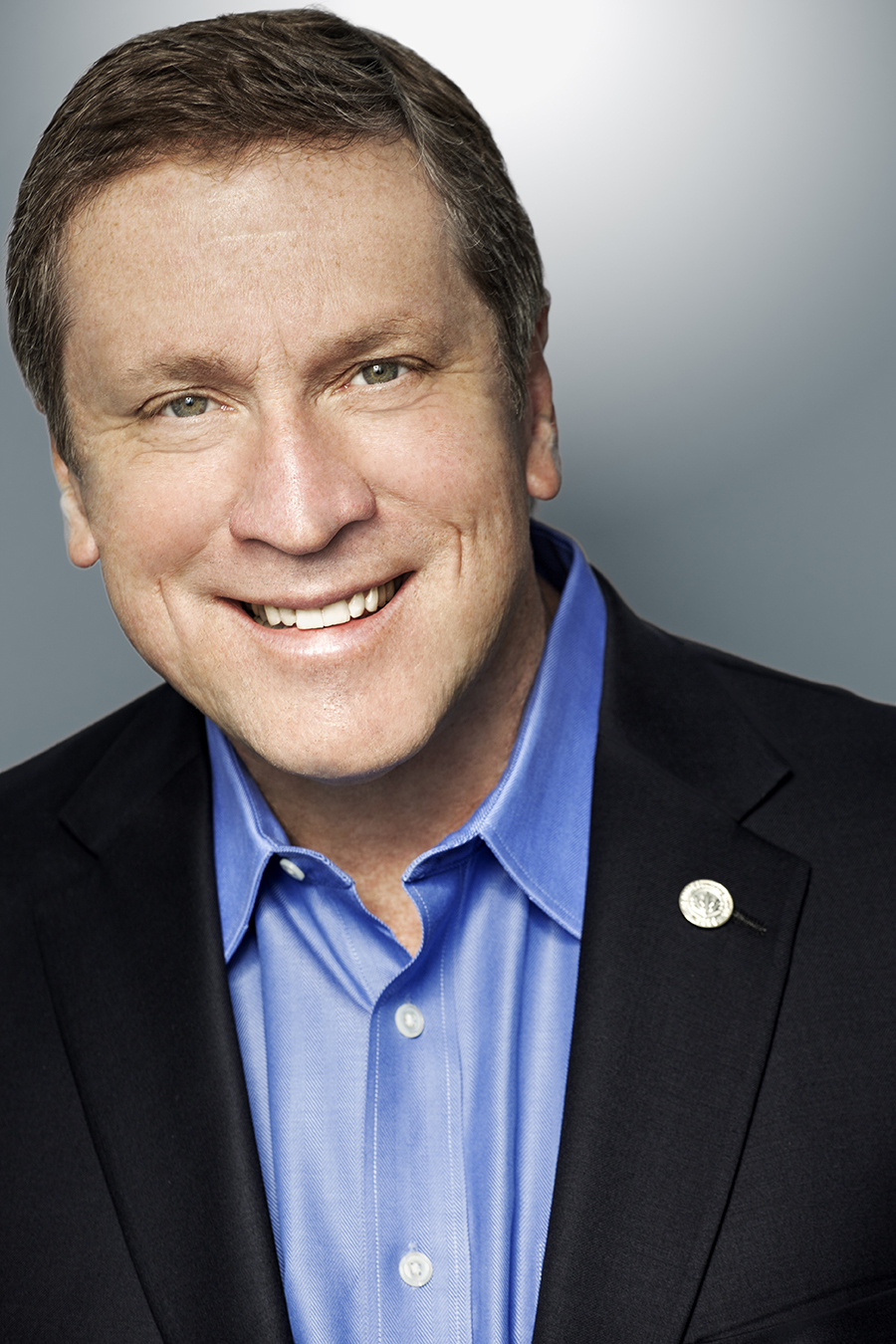 “By 2020, we'll be reaping the big rewards of a trend that in 2013 began to get widespread traction: the use of technology to make the invisible actionable. From the new LEED Dynamic Plaque that measures real-time building performance to how we can collect, contextualize and compare data about buildings from a GBIG app on our phones to AI-driven household tools like NEST thermostats, we can see the power of this game-changing idea beginning to affect our behavior and decision-making for the better.”

“Looking back from 2020, I believe that the full-scale adaptation of BIM across the entire Built Environment will have made the most significant change. This will have been coupled with the realization that adaptation will depend upon the utilization of our precious natural resources, which are the ultimate connected system. I also hope that the first response to ‘connectivity’ will not be our Wi-Fi bandwidth, but rather our deeper connection to the natural systems upon which we depend for our very existence. I believe that this is an existential necessity for humans, not for the planet.”

“A world of Living Buildings becomes a true possibility around the world.” 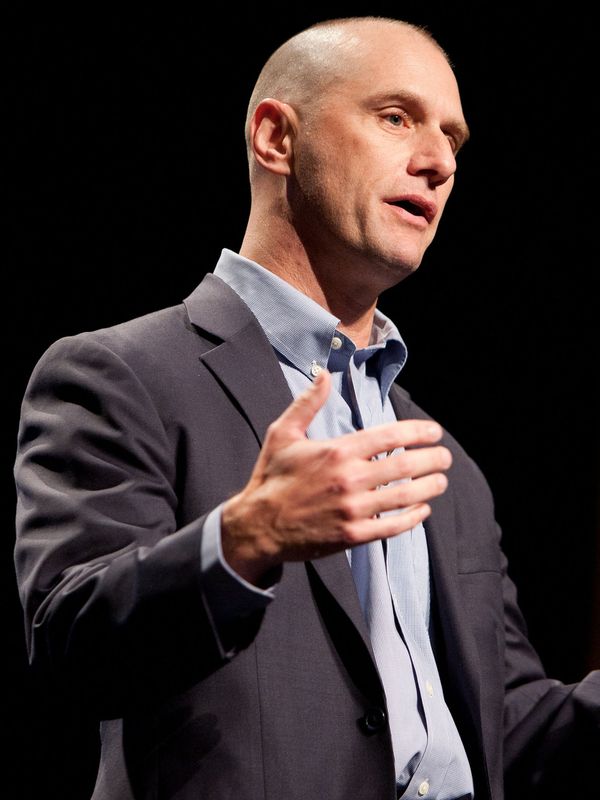 “I’m not sure we’ll have it 'right' by 2020, but I do believe we can set ourselves on the right course toward sustainability at a meaningful scale. If I had to point at any key trend that will cause (or, more accurately, is causing) this shift in course, it's the basic failure of our long-established institutions (public, private and civil) to actually act in an efficacious manner. As a result of this trend, the best development I see happening is an awakening of what it means to be a citizen of this republic; more specifically, the recognition that the prosperous and secure future we wish for our kids is in our own very capable hands and not in the hands of the proverbial ‘they.’

“From a sustainability perspective, focusing on technologies that improve building performance and energy efficiency as well as those that accelerate individual transportation options would make the biggest difference on carbon emission reduction in the next seven years. Equally important will be our approach to using these technologies, ensuring that we also prioritize citizen engagement and improving the quality of life for our residents.”

“In the commercial real estate sector, the big success in 2020 will be reducing energy consumption — especially the use of non-renewable energy. The use of smart building technologies and alternative energy concepts, combined with continual operational improvements through programs like ENERGY STAR and LEED certification, will likely exceed expectations. Buildings around the world are making themselves more energy efficient through operational improvements, better monitoring/control system and engaging building occupants in programs to save energy. The growth of 'green' regulations for buildings, both new construction and ongoing operations, will greatly broaden the effort to reduce energy. By 2020, Net Zero Energy (NZE) will be a standard for all new construction and the objective for major building retrofits.”

“If we get it all right by 2020, it will be because big incumbents and innovative startups figure out how to collaborate for mutual gain — and the benefit of society overall.”