Verizon sees big things for the Internet of things in 2017

Last year, the Internet of things accounted for just a small portion of the $132 billion in sales generated by telecommunications giant Verizon — if all goes well, the company might cross the $1 billion threshold in annual sales for this business within the 12 months.

The chances of that happening are pretty high. Verizon invested literally billions to build out its IoT business during 2016, laying the groundwork for a big push into precision agriculture and new services for companies seeking to optimize their supply chain, asset management practices, and delivery networks.

In 2017, it will look far beyond its initial focus on services for smart cities and grid modernization services, according to a senior level executive.

Here’s some context. Within the span of several months, Verizon bought both Telogis and Fleetmatics, establishing a leadership position as the largest connected fleet owner in the United States. It also snapped up Sensity, a provider of smart lighting technologies. That takeover will help fuel Verizon’s smart cities initiatives.

The rationale for Verizon’s interest is pretty self-evident. Over the next decade, dozens of machines and devices will be connected to the Internet so that they can share data. As of last year, there were more than 15.4 billion gadgets that fell into this category, and that number could double by 2020, according to data from market research firm IHS. Those “things” all need some sort of communications network in order to share the metrics they’re gathering, and big companies like Verizon and its rival AT&T are rushing to oblige.

“We do have some responsibility to bring solutions into the marketplace that solve big problems,” said Mark Bartolomeo, vice president of Verizon’s Internet of Things business. “Problems around safety. Problems around security and economic growth. Those types of problems aren’t going to be solved by small entrepreneur companies. They simply don’t have the scale. They have pieces of the solutions, and we work closely with them. Particularly when we look at things relative to sustainability, we drop down a little bit and talk about resource efficiency, resource utilization and resource management.”

During 2017, you’ll see Verizon’s IoT team aggressively expand its products and services for agriculture, where it is helping power soil management and irrigation systems; for water and electric utilities, where it is helping make pipes and power lines smarter; and for companies that are seeking to ‘share’ some sort of assets, such as a bicycle or much more expensive piece of equipment, such as a tractor.

Right now, Verizon is selling its subscriptions—which include both the software and the sensor hardware to capture information—primarily with growers and agribusinesses in two states: California Salinas Valley (which accounts for 55 percent of all the fresh vegetables consumed in the United States) and Ohio. In both places, irrigation management is a key concern, yet few growers have historically had much specific information on how water is consumed and used. Right now, those investing in this technology typically are producing “high value” crops, not commodities such as corn or wheat, Bartolomeo said.

Particularly when we look at things relative to sustainability, we drop down a little bit and talk about resource efficiency, resource utilization and resource management.

“Growers, they’re not hooked to the water infrastructure, they’re pumping that water from the aquifer,” he said. “So there’s really not a lot of visibility into how that water is being consumed and used. So, in addition to high water use, five years of drought, you also have a regulatory environment now that is prompting the growers to instrument their water use and self-report their water use. They’re actually beginning to put into place a metering capability for a specific crop, and a specific varietal, how much water they’re using and the yield. That’s very sensitive information. For a grower, that’s just as sensitive as a manufacturer’s formula or intellectual property."

Verizon’s solution for agriculture includes both analytics software and sensors for measuring data such as soil moisture (at several different depths), ambient moisture of foliage, and temperatures. By combining that information with other data, such as weather forecasts, the amount of sunlight or rainfall that occurs over a given time period, and so forth to help predict how much water a grower might use. Verizon worked with a software company called ITK to help install the technology at three vineyards, which are using it for vine management. 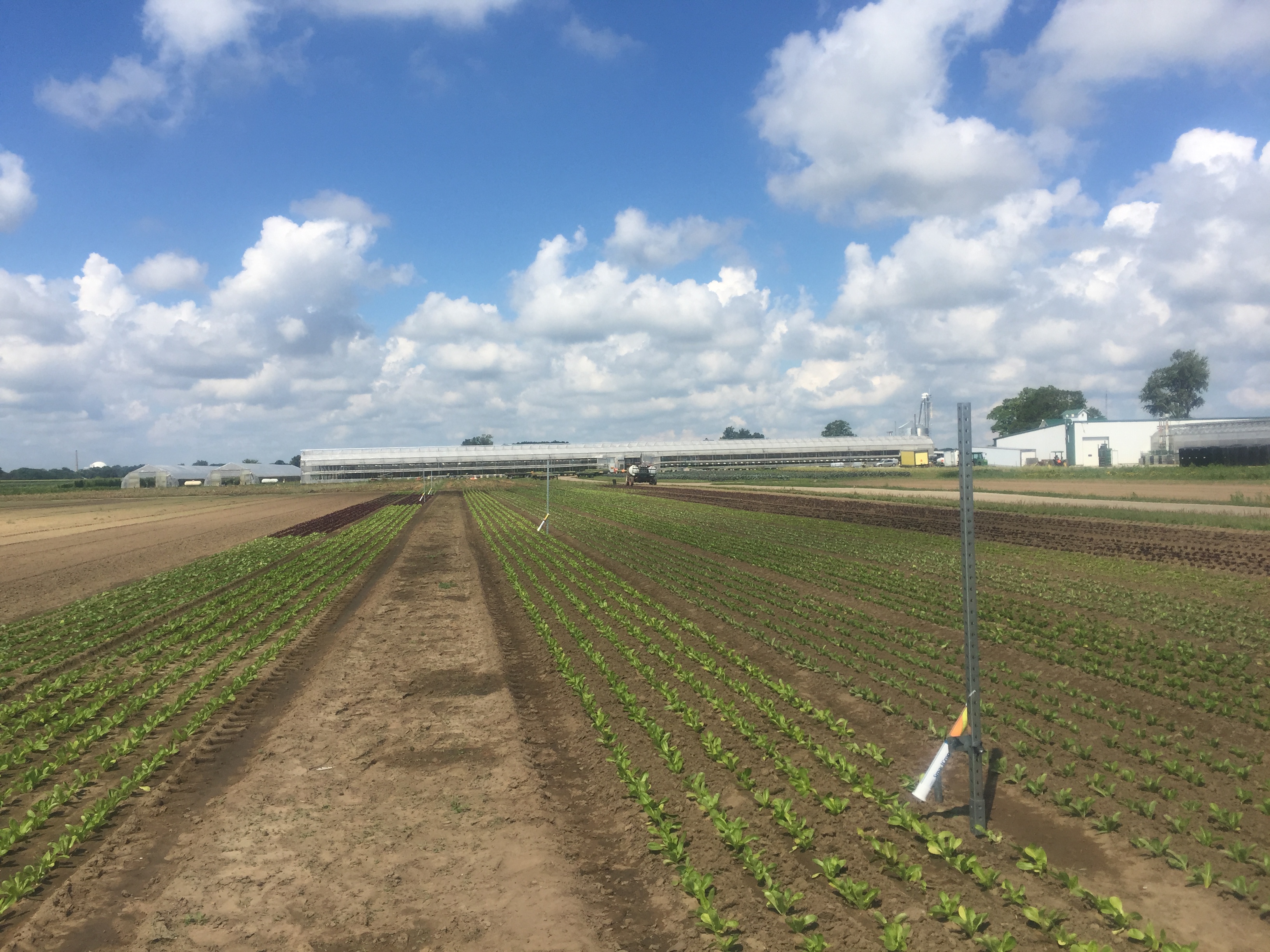 Did you know, for example, that Chardonnay grapes require very different growing conditions than those used for Pinot Noir? Or that providing a little too much moisture is a recipe for encouraging mildew? Verizon’s focus is on helping growers optimize yields, while minimizing water consumption.

“As an irrigation tool, the solution is not only economical and scalable, it gives growers an integrated view of the vines’ water needs to improve quality and drive sustainability,” said Gregory Brun, senior Viticulturist at Delicato Family Vineyards, in a statement. “It’s one of the most rational approaches based on water constraint evaluation.”

Verizon believes that organizations using IoT technologies are looking for three different sorts of intelligence related to the data being gathered. “One is descriptive, one is predictive, and one is prescriptive,” Bartolomeo said.

A descriptive metric pertains to specific measurements, such as temperature for air or soil, that someone might not have been able to measure and record easily in the past. It’s a very basic sort of knowledge. Predictive services offer another layer of insight: for example, a forecast of what might happen to the soil temperature based on knowledge of upcoming weather conditions. These metrics usually combine some sort of real-time information with knowledge gathered from a third party. Using prescriptive intelligence, growers might be able to automate more of their operations. For example, the sensors could “tell” irrigation pumps to water at specific times, based on the conditions they’re measuring.

Another food-related application for Verizon’s IoT technologies centers on safety considerations. An example is an installation at Cape Cod’s 10-acre Ward Aquafarms, which raises oysters for sale to supermarkets and restaurants.

In collaboration with Verizon and a technology company called Mobotix AG, Ward has developed a system that tracks that temperature of oysters bags as they are shipped from farm to kitchen. It also uses IoT to measure water temperature and chlorophyll levels that could impact an oyster’s health.

Verizon also hopes to share in the revenue generated by the sharing economy, through a service aptly dubbed Verizon Share. The idea is to provide an end-to-end platform that established or emerging businesses might use to offer on-demand “rentals” of anything from bicycles to construction equipment. The goal, help companies get more money or usage out of underutilized or idle assets. It could also allow for the creation of entirely new services.

“One of the things that we found with the big equipment rental companies, they’re always serviced, let’s say construction companies and small businesses that wanted to use a generator or rent some sort of construction equipment. Now, with millennials and others who no longer want to buy or own tools, they are actually going to these same places, getting into the queue, and taking up the same amount of time and space as a construction company to do a single transaction. What these rental companies want to be able to do is enable the consumer segment of their business to serve them better, but also so they can serve their big industrial clients.”

One example of a company using Verizon Share is Swiftmile, which provides solar-powered bike rental stations to municipalities such as the Santa Clara Valley Transit Authority. This is actually a service for the agency’s employees; they use a mobile app to “tap, rent and roll” for short-distance commutes.

“By doing so, VTA employees will decrease single occupancy trips that are the main cause of congestion, smog and added stress to our daily lives,” said Swiftmile CEO Colin Roche, in a statement. “It also provides for a much more fun, green and efficient way to get around without the worry of breaking a sweat.”

Other customers include universities, which can use the system to decrease the number of fleet vehicles they buy for campuses, and rental companies that are offering industrial and heavy equipment such as generators.

“It addresses a trend we’re seeing where organizations no longer want to own underutilized assets,” Bartolomeo said. Conversely, it helps companies make better use of equipment that sits idle outside of certain peak usage periods. Verizon uses the technology itself, to optimize the usage of its own fleet.